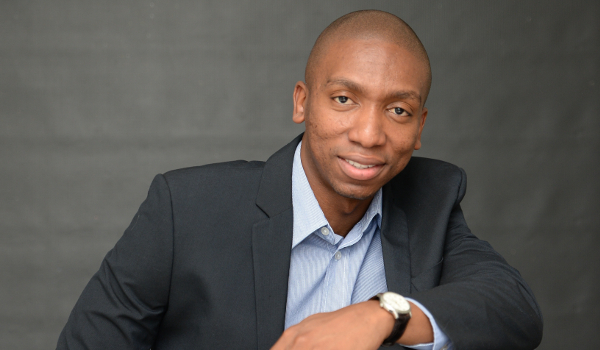 Ever heard of a stokvel? It might be called something else where you are from, but in South Africa a stokvel is roughly defined as an informal savings or investment society – and, according to Tshepo Moloi, it is a R44bn (US$3.2bn) market.

Moloi is the founder of StokFella, a mobile app that helps stokvels manage savings, payment schedules and group activities. Having been a part of various stokvels before, Moloi saw a challenge in the administration of them, and developed the app to streamline the process.

The first iteration of the app focuses solely on simplifying the running of stokvels. However, in the near future he wishes to integrate into the banking sector and expand across the continent.

There are different types of stokvels that serve particular purposes. For example, contribution stokvels is where each member regularly contributes – every week, fortnight or month – a fixed amount to a central fund. Members would then take turns, be it monthly, to receive the lump sum and are free to spend it as they choose.

Other examples include: burial societies, where money is saved for funerals; and borrowing stokvels, which loans money to its members at a high interest rate from the central fund.

Most people use stokvels because it allows for savings, insurance and investment benefits while remaining completely informal – they don’t have to be registered.

Moloi says it’s the cultural aspects of stokvels that has kept these societies alive and well since the 19th century. “It is a culture amongst people who believe in one another, who believe by putting a common goal together they will be able to uplift one another. Be that upliftment through finance, upliftment through going on holiday, or upliftment through sharing knowledge,” he explains. “Stokvels come together, enjoy a meal, have a beer or two, converse… just catch up. That is where the whole culture and the whole accountability aspects come into play.”

The app has had close to 4,000 downloads since its release in March last year, but Moloi believes they have only just scratched the tip of the iceberg. It is estimated there are 8.6 million stokvel members in South Africa.

He hopes StokFella’s subscription numbers will multiply with the launch of an “upgraded solution” early this year. But, to get a bigger piece of the pie now, Moloi believes that collaboration with financial institutions is good way to start. He ultimately wants StokFella to help facilitate stokvel payments, transactions, and savings – the majority of which are done outside the banking sector. While a large number of South Africans remain unbanked, he believes it is only a matter of time before every stokvel member has a smartphone.

There is also another service he thinks StokFella can provide to the banks: “Let’s assume that 30% of the stokvel industry is now using this solution. Imagine all the data. [Banks] could say, ‘I can give you a loan because I know that you are contributing continuously to your stokvel’. So now you have a credit history of someone.”

According to Moloi, South Africa has one of the world’s highest financial illiteracy rates. For this this reason many older stokvel members struggle with using the app.

“How do you make financial literacy better for everyone holistically? If we shy away from that – then we are literally shying away from a challenge that literally every single company faces. So why should we be saying, ‘Oh we are not going to do this solution’.”

One way, he explained, is meeting with stokvels face-to-face. StokFella has been doing demonstrations in communities, talking about the app and its benefits. It has gotten to a point where communities now invite them. “So at least every week, on average, we are visiting about two to three stokvels that invited us.”

The app also has an ‘on behalf’ function, where any member of a stokvel can capture payments and claims for someone who is illiterate or lacks a smartphone.

When the individual learns to use the app and downloads it, StokFella updates their account with data captured on their behalf.

StokFella is free for the first four months, but then requires a monthly subscription fee depending on how big the stokvel is and what features it requires.