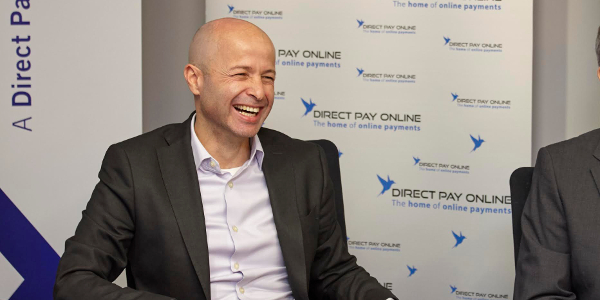 A little over 10 years ago, Israeli Eran Feinstein received a call from a small Kenyan airline, asking him to develop an online booking system that would allow them to better cater to the needs of foreign travellers and tourists.

He agreed, and soon afterwards found himself travelling to Nairobi, where he tried to find a local bank that would process the airline’s online payments for bookings. He discovered that none were providing this service – so he decided to develop the solution himself.

It wasn’t long before Feinstein realised that other airlines, hotels and travel agents in east Africa wanted similar solutions, and in 2006 he started 3G Direct Pay.

So how did Feinstein turn his start-up into a multinational company?

Fake it ’til you make it

“Today when I look back I think I must have been brave or stupid.”

Feinstein says a lot of his success comes from being daring and not letting opportunities pass him by – even if he felt he wasn’t the most experienced person to take advantage of them. He recalls how when his company first started out – and consisted of two people – he found himself in front of large banks advising them on aspects he was still learning about himself.

“Sometimes you have to fake it until you make it,” he says. “If you feel inside that it can be done, fake it. And that doesn’t mean do it in a way that there is nothing behind it. If you know what you need to do, then don’t be afraid to raise your head and do it.”

Listen to your gut

Feinstein says he surrounded himself with people who he could call up and ask for advice when needed – from business partners, to industry experts, friends and family. However, he also wasn’t afraid to trust his own instincts.

“For years I listened to my gut feelings on how to do things like manage people and my business, and where to keep pushing or where to step back. And it worked.”

While entrepreneurs often want to reach success quickly, sometimes the strongest companies are the ones that have grown slowly.

“This is something I learnt in east Africa,” notes Feinstein. “Sometimes things should move slowly. It can be difficult, especially for someone like me, who came from the Middle East where everything needs to get done that second, but I have learned that sometimes it is best to wait. Even if it means waiting a few months.”

Invest in your team

According to Feinstein, the moment he realised his company had become sustainable was when he spent a day out of the office without his team calling him with questions or problems. “They were [handling] it themselves.”

However, to get to that point required investing in his team’s development.

Feinstein notes that entrepreneurs often struggle to let go of decision-making power in their companies. However, big companies cannot be run by a single person.

“It can be very difficult. It can sometimes feel like someone is taking your baby. I mean you built your company, you went to sleep [thinking about it] and lived with it,” he explains.

“But today I am so happy to see that my team can do things better. Sometimes the right way is not always my way.”

Visualise where you want to be

Feinstein says that it is important for entrepreneurs to be able to visualise where they would like their company to be in five or six years – and then communicate this to your team so that they can share in that vision.

Another way to ensure that management and employees are on the same page is by instilling company values.

“In our office, we decided to promote three main values: responsibility, innovation and leadership. And we try and pump these into our de-briefs and meetings.”

Feinstein’s company began with a focus on providing online payment solutions specifically for the travel and tourism sector, rather than multiple industries. And he believes that this focus helped it get to where it is today.

“Don’t try to shoot in all directions… Rather be the best in one area. Even if you know there are a lot of areas to branch into, which can often be the case in Africa, first focus on one.”