The advent of mobile money transfers in Kenya has inspired many technology startups to take the innovation forward. Kariuki Gathitu quit his job at a leading regional bank three years ago to start a company that builds financial solutions for businesses. 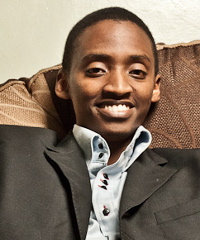 Zege Technologies launched a product to make it easier for small and medium enterprises (SMEs) to manage their finances. MPAYER allows businesses to receive and send money via various mobile money platforms, as well as credit cards, in an easy, affordable and convenient way.

Gathitu previously worked at Equity Bank where he pioneered the integration of mobile money and banking in the development of M-Kesho, the first mobile banking and savings platform. The service allowed subscribers to M-Pesa, a money transfer service, to have a bank account they could manage via their mobile phone, as well as save and borrow money and access insurance services. Since its launch in 2010, other Kenyan banks have launched similar mobile banking platforms.

“It was unchartered territory,” Gathitu says. “It was a big challenge to integrate because M-Pesa didn’t have any APIs (application programming interfaces) and so nobody knew what would have to happen to connect it with a bank.”

Gathitu was inspired by M-Kesho to start his own business.

“M-Kesho was a first of its kind. It was an amazing product. It was a lucrative product [and] it made more money than the ATMs. Which bank wouldn’t want to have that? That was our conviction that we had a product anyone would die for.”

When he left his job to focus on Zege Technologies, Gathitu faced some harsh realities. Financial institutions, which were his target market, were not too keen to adopt MPAYER.

“It was terrible,” he says. “We weren’t able to get the customers we wanted. What I realised is that it didn’t matter whether or not what we had was the next big thing. Banks are just risk averse and we looked too risky to deal with. We went to every bank in Nairobi [and] we really pushed, but we did not make headway. When it did not happen we changed strategy.

“Probably if we had [hung] in there for a while it would have happened, but we needed cash flow. Banks take a long time to fold. I was inside a bank so I knew the fastest process would probably take six or seven months.”

Gathitu and his team started approaching SMEs where they noticed a gap. At the time, with M-Pesa already popular, most businesses struggled to adopt mobile money transactions due to inefficiencies. This turnaround paid off and 18 months after starting Zege Technologies, Gathitu landed his first customer.

Businesses signed up on MPAYER currently transact KSh. 1m (US$11,590) a month. Gathitu says his target is to sign up more businesses and grow the monthly transactions to KSh. 10m ($115,900).

In the meantime, Gathitu’s biggest challenge is finances. Although his company is profitable, he says earnings are not where he would like them to be.

“Our business is really mass market. You can only make the profits that you want and impact that you want if you are handling tens of thousands of clients,” he adds.

“It was nice that I got some consultation gigs with the bank which helped us get by during that period. Interestingly, I got paid six, even seven times more than what I earned as a salary.

“We did not get formal investment from the beginning so we have had to do many things to get the money that we need, and that in some way derails and distracts things. That is the gap where African SMEs fall short. I can count three to five startups in Kenya that came with seed funding of over $100,000 from the US to start off. For us, we have to work harder to attract investment.”

Zege Technologies is currently seeking investment to finance its growth and expansion strategy.

“I feel I should get an MBA in entrepreneurship,” Gathitu says. “I have had practical lessons in building a business and there have been many failures and highs and lows along the way. The lessons and experiences have made us better.”

Although he describes himself as “a very optimistic person”, Gathitu says he had to face many fears before quitting his job.

“It was tough because I had to overcome the fear of what would happen next, the fear of failure [and] the fear of not having a stable income. I had to believe in what I wanted to do. I found employment to be very predictable… and people reach a certain point and get stuck. I wanted to pursue something that would one day set me free.”

Gathitu explains that he spent three months preparing himself for the change. Every day during his lunch hour, he would spend time listening to music “to inspire” himself.

“I also had some money stashed away that I could live on.”

He advises other entrepreneurs to maintain discipline, hire a good team, adopt good organisational management and put systems in place.

“Any business is only as good as the system that drives it.”