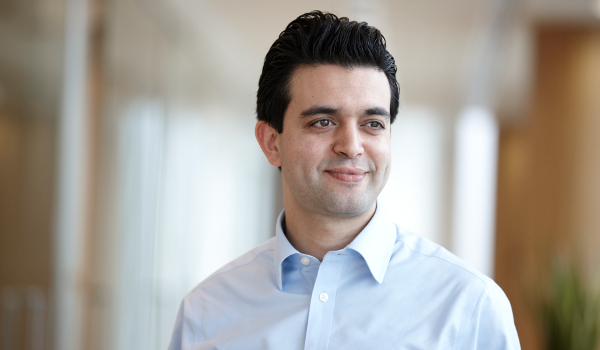 The value of Africa’s private education market is estimated to rise to over $2bn over the next five years, writes Hichem Omezzine, co-lead for global education at Actis.

Africa has one of the world’s youngest and fastest growing populations. By 2050, the number of Africans below 18 is due to reach about 1 billion. Realising the potential of this demographic dividend cannot rely on a ‘just add people’ strategy. Africa’s rising prosperity must be rooted in sound leadership underpinned by a skilled, dynamic, African labour force. The continent therefore requires a robust, diverse and well-funded educational ecosystem.

There is a pressing need for investment and coherent policy in the sector. Africa has a wealth of human capital that can buoy the continent’s future prospects but governments are not always able to meet the rapidly growing demand for developing this on their own. Addressing this challenge requires a smart, strategic and concerted effort from the public and private sectors.

UNESCO reports that sub-Saharan Africa’s spending on education has risen by 6% each year over the past decade, a result of concerted efforts from national governments. The number of students in Africa enrolled in tertiary education has doubled from 6 million to more than 12 million over the last 15 years. Ghana saw a threefold increase in the number of students attending private universities while similar dynamics unfolded in Kenya, with student enrolment doubling over the period. Governments have played a key role by transforming existing assets into fully-funded public universities and are increasingly working with private institutions.

Currently 21% of young Africans are educated in the private sector; however, there is a funding gap estimated at US$16bn to $18bn. The private sector can play a significant role in filling this gap. Relying on consistent and quality teaching, private institutions can create greater access through the expansion of pan-African networks in traditional settings and via alternative methods, such as distance education or online learning. A regional network would have the ability to deliver, at scale, high standards of education across borders and programmes. And, in key areas, such as engineering and health science, Africa could experience a rapid step-change in the availability of graduates capable of contributing to their communities.

During the recent 2017 World Economic Forum on Africa, the value of the private education market was estimated to rise to over $2bn over the next five years in Africa. Actis has built up extensive domain knowledge in the education sector, backing the trend for emerging market consumers to secure their own and their children’s future quality of life by investing in their education. In recent years Actis has invested over $0.5bn behind this trend across Asia, Latin America and Africa.

These institutions are enabling pathways for higher education and for students to advance their career and life goals. At Actis, we hold a central belief that private capital has the power to transform, through providing accessible, accredited and affordable education and we believe that the return to society on education is undeniable.

Private education networks have a unique role to play in providing graduates with a competitive advantage in cross-border markets – competencies and life skills that will be in equal demand by multinationals and by small and medium enterprises. The reliance on traditional models and the transition to African-specific educational solutions – alongside academic excellence – can power a new generation of African leaders and professionals.

Hichem Omezzine is co-lead for global education at Actis.