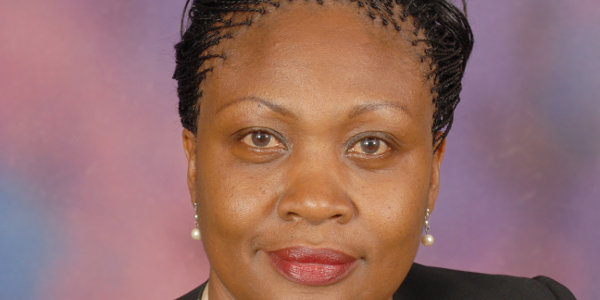 In 2011 General Motors (GM) appointed Rita Kavashe as managing director of its East Africa operations, making her the first female boss of the GM East Africa (GMEA) unit and one of few women globally in the top echelons of an auto manufacturer.

Under Kavashe’s leadership, GMEA has expanded its market share, made record sales in some categories and significantly improved production efficiencies.

At its assembly plant in Nairobi, GM has moved in three years from producing ten vehicles a day, to 22. And in 2016, GM is reportedly spending US$7.9m to upgrade the Nairobi plant and more than double output.

But when the announcement of her appointment was made five years ago, Kavashe says it came as a surprise to many due to her gender and the fact that she had studied to be a teacher. Some people wondered if she would able to “spin this thing”.

Speaking at the ‘Women, Words and Wine’ event in Nairobi recently, Kavashe shared her journey and offered other women advice on brand building, how to climb the corporate ladder and nurturing successful enterprises.

“In my job I am surrounded by men, locally or internationally,” says Kavashe. “People have learned to say, ‘Good morning gentlemen and Rita’.”

Kavashe started her career at GM working in sales. It was her decision to pursue a tender that landed the company a contract to supply about 30 pick-ups that made her stand out of the crowd.

“GM had never bid for a tender and I was so keen [on it]. I slept and dreamt how to participate in the tender, but the entire organisation was not thinking about it in the [same] manner. I had so much passion,” Kavashe recalls.

Since she had no experience in procurement, Kavashe approached her boss and other senior figures in the company for help. When GM won the tender, Kavashe was thrilled.

And she wasn’t the only one who was pleased with the achievement. “The finance director went to my boss and said, ‘That lady must be developed’.” For the next 15 years, Kavashe was mentored, found opportunities to grow and gradually climbed the ladder.

Prior to her appointment as head of GMEA, Kavashe was posted to South Africa for an assignment in which part of her responsibilities included handling a restructuring process of business units in several countries.

“It was a difficult time,” she says. “I was firing guys who were my seniors.”

Though it was challenging, Kavashe explains that the assignment demonstrated to her boss that she was resilient and had vision. Nonetheless, she was surprised when she heard that she would be managing director.

The new appointment came with some great perks: access to luxurious Cadillacs and Hummers and being the new star in town. But, she stresses, “I had to both change my brand and maintain my authenticity. I didn’t want to be called ‘Madam Boss.’ I wanted [my employees] to call me Rita.”

From her early days, Kavashe says she has managed to build a personal brand that communicates consistency, hard work, reliability and passion.

“I knew my market and I knew my game. I was the spanner girl, so when I became MD there was nothing you were going to tell me that I didn’t already know. There is no street in this country that I have not passed through.”

In addition to her role at GM, Kavashe sits on the boards of the National Transport and Safety Authority, the Automobile Association of Kenya and the Kenya Roads Board.

“No decision in the auto sector will be made without me being involved in some way,” says Kavashe.

However, Kavashe’s rise to the top did come with some sacrifices.

For instance, when she took the assignment in South Africa, Kavashe left her nine-month-old daughter in Kenya. Eventually she got the paperwork needed for her daughter to join her in South Africa. However, Kavashe says she had missed a key milestone in her daughter’s life.

“I did miss her [first walking experience]. When I came to pick her [in Kenya] and she walked down the steps, little baby steps, it killed my heart. But I was doing all this so I could be able to take care of her and those are some of the sacrifices you have to make as women. This is the cost of leadership.”