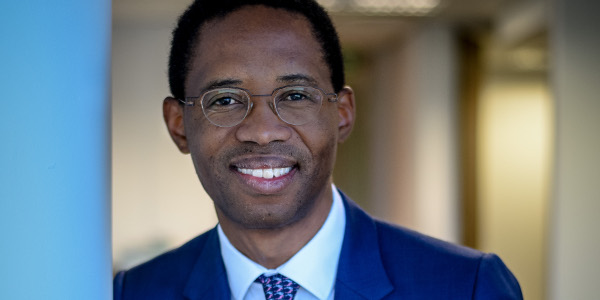 How we made it in Africa’s Due Diligence series asks top players in Africa’s private equity industry about how they are mastering the art and science of profitable dealmaking and fundraising. Doing the due diligence on those who do due diligence for a living.

South Africa-based Medu Capital is celebrating its 15th anniversary since its founding in 2003. “Out of 26 investments, we’ve only lost money on one deal – it’s something that is in our DNA,” enthuses co-founder Nhlanganiso Mkwanazi.

Michael Avery asks Mkwanazi about his investment philosophy and the lessons learnt.

Where did it all begin?

The business was started by myself and Ernest [January]. We met while working at Deloitte, which is where we did our articles. We went our separate ways for a number of years. I spent some time in management consulting with Gemini, I then joined what was then Capital Partners, which became Brait, in 1998. I was there for five years. Ernest stayed on at Deloitte before joining Anglo American in their investment management division, essentially investing the pension funds of the Anglo Group companies, until the listing on the London Stock Exchange. With the unbundling he moved on to RMB Asset Management, focusing on the listed equity market. In 2003 we teamed up to start Medu Capital.

We were quite fortunate in our start, which is not atypical to how most private equity businesses start, in that it was supported by Brait. They held a minority stake in the business and they helped us establish our first fund. That provided us with the base to build the business with our first pool of capital, R300m. We then raised our second vehicle on our own track record, which was R900m. And then we raised R1.2bn  in 2014 for our third fund.

Explain what you look for in an investment.

At a broader level we are not sector focused. There are obviously areas where we believe we understand the risk/return profile for particular sectors and we tend to have a preference for those. Because of that orientation we partner with proven managers in the underlying businesses. That’s one our core philosophies.

We don’t approach this from the perspective that we have all the answers and are buying a broken business that we can fix. We believe in partnering with proven mangers inside established businesses with a track record of success and basically building off that base where we provide capital and additional skills sets to take a medium-sized business into a corporate business.

Tell us about the greatest investment lesson you’ve learnt.

After 15 years at Medu and five at Brait, I think some of the things that might be nice theoretical debates get confirmed through experience. One of them is obvious, but always interesting to see the absolute difference it makes: the quality of our partners is a critical factor in the outcomes of the performance of the investment. It’s interesting that when you are evaluating a new investment opportunity, most of the professionals in the sector are CAs or highly numerate and the can tell you about the income statement and the free cash flow and margin, and that’s important of course, but it’s a much harder thing to evaluate the potential partners in terms of their competence and value system and how they react to different situations.

Identify an untapped opportunity for private equity investors in Africa.

We see the private equity opportunity informed by a few drivers. One is still that while we have a very well-developed capital market in South Africa, it’s still geared toward the listed market. And there’s very limited capital that’s available for unlisted equity. As a result, when one has got the capital there is a good investment opportunity because it’s not overly competitive.

From a sector perspective, there are some themes that are well articulated around changing demographics: we still have a fairly youthful population, the whole consumer story, unmet infrastructure demands and requirements. So across the economy there is a lot of opportunity.

Whether you can make money and earn a good return within a three- to five-year window is a very short period of time in our view to invest on a basis of long-term secular trends.

What is the biggest misconception about your job?

The biggest misconception about private equity is that from the outside it looks glamorous and maybe easy, but it is a hard slog and returns are made over time and there are a variety of drivers that make for a success. Growing your profit one year is great but if you don’t sustain that over a five- or seven-year period it doesn’t mean much. It requires a lot of patience and a long-term orientation as an individual.

The other is – especially because we’ve raised three funds – sometime this year we’ll be going to market to raise our fourth fund. It’s a part of my job I sort of dread, because the reality is that even with that track record, fundraising is still a significant battle for all entities.

Name the deal you wish you invested in.

There are several businesses that we felt were very strong businesses that we had to sell. We used to be invested alongside a few private equity players in Pepkor. We sold in 2011 and in 2014. It’s more luck, to a certain extent, from a valuation perspective. Brait had an interest they sold to Steinhoff and that business now resides inside STAR. We saw a very impressive return on that and none of us got fired for harvesting such an impressive return, but you think if you were a long-term holder of that asset, maybe there would have been even greater value to be realised.