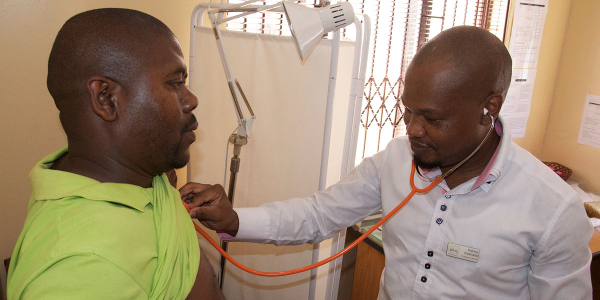 The deaths of 94 mentally-ill patients in Gauteng during the course of 2016 is a medical Marikana and an appalling example of the failure of leadership, says Professor Normal Faull of the Lean Institute Africa (LIA) at the UCT Graduate School of Business (GSB).

“These patients died of hunger and neglect. They died because maybe someone in an office was waiting for three signatures on a document thus delaying payment of invoices; maybe because people behind computers were completely disconnected from the patients whose carers needed to buy food,” says Emeritus Professor Faull.

But the resignation of the Gauteng Health MEC Qedani Mahlangu – symbolic as it might be – will do little to address these kinds of issues, warns Faull, as Mahlangu was not the person actually making the transfers and organising the welfare of the patients.

“The national response to the situation reeks of an old-style blame-culture,” he says. “In such a corporate culture people hide problems and hope their superiors won’t find out; this is where problems are seen as bad things to be covered up instead of opportunities for learning and improvement.”

Faull helps managers and leaders take charge of their workplaces in a different way: by building relationships with their employees and co-workers, fostering trust and respect in the service of value to customers and patients. He convenes a new GSB short course in collaboration with the Centre for Coaching, like LIA, also located at the GSB. The Lean Leadership programme shows how lean leaders can transform their organisations, leading to bigger profits, healthier workplaces and more sustainable businesses.

The work is influenced by the philosophy of lean, which is founded on the Toyota Production System and the Toyota Way employed by the hugely successful Japanese car manufacturer. It represents a way of thinking and being for all members of a company or organisation and has already been successfully deployed in companies across the world. The Lean Institute Africa has worked across many industries, including the health department at national level – successfully intervening at state facilities across the country to improve service delivery and dramatically cut waiting time in hospital clinics.

Faull says that the philosophy calls for a shift away from focusing purely on production efficiencies, to developing and empowering the people in teams, be that in a factory, an office or a hospital clinic. Enabling people to come up with solutions to the problems they face and helping them to voice them so that change can happen, is what the lean philosophy is all about.

“This course really is exciting,” says Janine Ahlers, director of the Centre for Coaching. “By combining coaching and lean thinking it provides a practical way for business leaders and senior managers to connect more directly their purpose and their people.”

Ahlers says during the programme, a development plan is worked out for each participant with actionable advice on how to deal with the issues they face in their working environment. “We aim to provide them with a clear view of the foundation they need to put into place to get the ball rolling in the right direction.”

Faull says all too often in the case of big business failures or, as in the case of the patient deaths in Gauteng, a disconnect happens between the managers at the top and the officials transferring patients to facilities without proper licencing or staff. The disconnect leads to cumbersome administrative processes that take weeks to conclude, and are far removed from the patients who suffer as a result.

“The core of lean leadership is the necessity of adopting a different way of behaving. It is both a leadership and a management system. This involves learning new behaviours and tools; like how to learn from mistakes instead of a knee-jerk disciplining of those who are seen to make them,” says Professor Faull.

“The resignation of the Health MEC may look like action is being taken to address the issues that gave rise to this tragedy,” says Professor Faull. “But this is not where people should be looking. It is the line of command that needs examination, looking at who did what and why, where the hold-ups were and why red flags were not raised in time to prevent this tragedy.”

“Crucifying the MEC does not bring us closer to preventing this kind of disaster from happening again. That is where the focus should be now, not on pointing fingers but on finding solutions.”

The Lean Leadership Programme will run at the GSB in May 2017. For more information contact Executive Education on 0860 UCT GSB (828 472) or [email protected]