In Africa there is more demand for local digital content than anywhere in the world, said Rick Fant of Mozilla at AfricaCom in Cape Town yesterday. 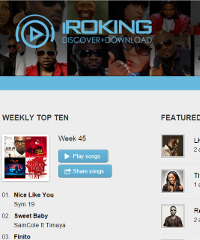 This is particularly true when it comes to digital music demand, and for the growing number of streaming and downloading companies operating in Africa, providing users access to local music and artists is vital to their business.

However, this comes with its own set of obstacles. For example, Gillian Ezra, chief operating officer of Simfy Africa, noted that sourcing music from local artists can be challenging. “In Africa, we have a very underdeveloped infrastructure in terms of licensing,” she highlighted during an AfricaCom panel discussion on digital music.

The African music industry has also typically been underserviced compared with more developed regions, and artists often have to represent themselves.

According to Chinasa Udeala, head of content for online music platform Spinlet in East Africa, something as simple as the artwork for an album or artist might not be available, and Spinlet sometimes has to create these for the artist.

But despite challenges, Africa’s music streaming and downloading landscape is seeing increasing competition with iROKING, Spinlet and Simfy being just a few of the players establishing themselves in the market as global competitors circle. Deezer recently announced a partnership with mobile phone operator Vodacom while its global rival Spotify has reportedly been in similar discussions concerning expanding into Africa.

Part of the attraction of the market is the growth in smartphones and other data-enabled devices on the continent. While penetration remains low, global research firm Informa Telecoms & Media predicts that smartphone connections on the continent will rise to 412m in 2018, more than a five-fold increase from the estimated 79m connections in 2012.