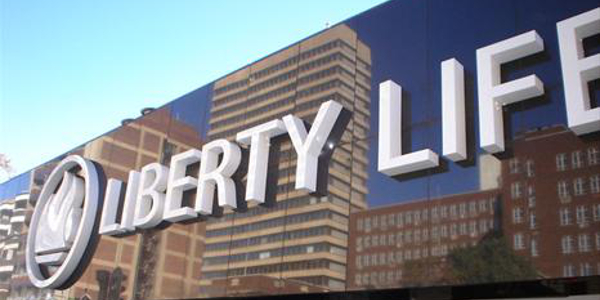 One of South Africa’s top insurers, Liberty Holdings, is looking to sub-Saharan Africa for future growth. According to its CEO of group arrangements, Sandile Hlophe, the penetration of short-term and life insurance is less than 5% across most of the region, compared to 14% in South Africa.

“That is why we have this expansion strategy to increase our insurance footprint in as many countries in sub-Saharan Africa as possible. And it is really on the basis that insurance penetration across the continent is currently at a low level… Hence the business case around looking to expand and having more insurance operations across the rest of the continent,” he told How we made it in Africa.

Liberty, which is majority owned by South Africa’s Standard Bank, currently offers its short-term and life insurance products in nine countries outside of South Africa. Malawi is its most recent market, after Liberty acquired a majority stake in Charter Insurance Company, a private short-term insurer with a 5% market share in the country.

Besides low insurance penetration, Hlophe says Liberty is attracted to African markets with an emerging middle class that is increasingly looking to protect assets, as well as a budding business sector that requires employee benefit solutions like group life cover.

Standard Bank has also been actively expanding its African footprint in recent years, and Liberty will be leveraging its bancassurance relationship with Standard Bank in many of these markets.

“That is the other criteria we use – we will only enter countries in Africa where Standard Bank is present from a banking perspective, because that gives us the insights into the financial services maturity of that country, and then to the use of insurance products by that market.”

In October this year, Liberty also increased its operations in Botswana – with the acquisition of short-term insurer Prefsure Limited. Liberty was already running a life insurance business in the market.

According to Hlophe, short-term insurance is the fastest growing insurance product line in sub-Saharan Africa, as more people have access to credit and growing consumer spending gives rise to vehicle sales. There is a particularly strong demand for third-party vehicle insurance, he says.

“And then also the small- to medium-sized businesses that are growing and realising that they need to protect their inventory and stock through short-term insurance. So we are finding the growing middle class and SME entrepreneur sector in the market have provided a need.”

Because each market is different, Liberty has had to tweak some of its offerings to be better aligned with market dynamics and cultures. These changes can be as simple as labelling a funeral cover product as a ‘family benefit solution’ in markets where it is taboo to talk about death, for example.

Other markets have products adapted to better suit cultural behaviours or rituals. For example, Liberty’s funeral cover plan in Swaziland includes what it calls a ‘cow benefit’.

“The reason behind this is that in Swaziland a lot of the burials include a slaughtering of a cow. You wouldn’t be able to complete a burial service without having a cow, so the insurance premium then also pays out an amount for you to then purchase a cow as part of the benefit pay-out,” Hlophe explains.