Driving through Côte d’Ivoire’s commercial capital, Abidjan, one is overwhelmed by the intensity of commercial activity. Along the major roads hundreds of billboards promote everything from rice to mobile networks. Large beverage company trucks share the road with someone transporting cartons of eggs on the back of a bicycle. From bankers waiting in the hotel lobbies of business district Plateau, to street hawkers in Yopougon selling slaughtered chickens – everyone is hustling to carve out a life in this vast city of about five million people. 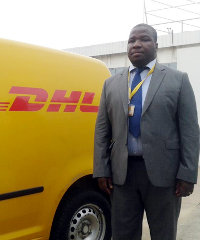 Over the past two years Côte d’Ivoire has experienced rapid economic growth of 8.7% and 8.5% in 2013 and 2014 respectively; this year the economy is expected to expand by 7.9%. After almost a decade of political instability that climaxed with the 2010/2011 post-election crisis, the country is back on the road to progress.

Moving in the right direction

“The economy is moving in the right direction,” says Serge Gnandji, CFO and acting country manager of DHL Express, Côte d’Ivoire. He describes the business environment during the first decade of the century as “tough”, but says the situation has improved tremendously.

Gnandji highlights government infrastructure spending – such as the impressive new flyover-system just outside DHL’s office – as a positive. “Infrastructure precedes development,” he observes.

Despite a return to relative peace and stability, Côte d’Ivoire still faces numerous challenges. As it prepares to go into fresh elections later this year, political tensions and distrust remain, but local business leaders are cautiously optimistic.

More also needs to be done to ensure the poor benefit from economic growth. GDP per capita is still much lower than 15 years ago at the turn of the century. It is estimated around 50% of the population still live below the poverty line.

Business risks seem to be decreasing

Business confidence in Côte d’Ivoire is improving. There seems to be consensus that the risks of doing business has decreased over the past years. The African Development Bank (AfDB) recently moved its headquarters from its temporary location in Tunisia back to its original home Abidjan, signalling confidence in the country’s long-term prospects. In 2003 the AfDB relocated to Tunisia due to the troubles in Côte d’Ivoire.

Just down the road from the DHL offices stands the upmarket Cap Sud shopping centre which houses brands such as Hyper Hayat, Hugo Boss, Levi’s, Swatch and Swarovski. Close by, a new mall is being built that will be anchored by French retailer Carrefour, along with a number of other French chains. Even online retailers such as Jumia are finding traction in the market for products ranging from electronics to clothing.

Despite the growth in modern retail, companies shouldn’t discount the strength of the informal market. According to some estimates, only 10% of the population shop at formal outlets. Even middle and upper-class consumers still frequent open-air markets.

Gnandji says DHL has grown its retail footprint beyond the major business neighbourhoods to take its offering closer to customers. It is also actively working with the country’s numerous small and medium enterprises to connect them with regional and international clients.

“Côte d’Ivoire is back!” he concludes. “The future looks positive. Hopefully everything will go smoothly with the election, and then I think all the bad things will be behind us.”