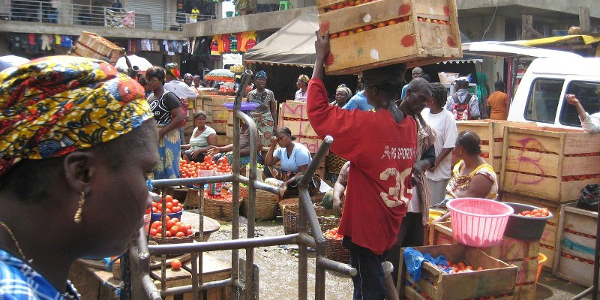 The sub-Saharan Africa region is facing severe shocks associated with the steep decline in commodity prices and tightening global financial conditions. Against this background, it’s a good time to look back at the region’s recent growth experience and examine the relationship between growth rates and competitiveness. The extent to which sub-Saharan African companies are able to compete against their foreign competitors (that is, the extent to which they are competitive) could indeed play a role in sustaining growth going ahead.

Sub-Saharan Africa’s rapid growth in recent years has been one of the success stories of the global economy. This growth has been broad-based: two-thirds of the countries have enjoyed more than 10 years of sustained growth; a quarter, more than 20 years of uninterrupted growth. This has been accompanied by a decline in poverty, while life expectancy, maternal and infant mortality rates have improved.

But the growth experience has also had a soft underbelly. In the vast majority of countries, with growth, came the deterioration in external current account deficits. To some extent, this has reflected the big investments (often with high import content) that countries have been making to address their infrastructure needs, efforts which should bear fruit moving forward. That said, the region’s export performance over the last two decades has not been encouraging despite the high commodity prices that prevailed. The region’s exports as a percentage of global trade have barely increased since the mid-1990s, and manufacturing exports in particular, have lagged well behind the rest of the world.

What does this say about the region’s competitiveness? This is a question that my colleagues sought to answer in our latest Regional Economic Outlook. We approached the question from two angles: how the traditional indicators of competitiveness, like real effective exchange rates, have evolved, and the extent to which competitiveness has mattered for growth performance.

Traditional indicators: not a pretty picture

Two main findings emerge from our analysis of competitiveness indicators: 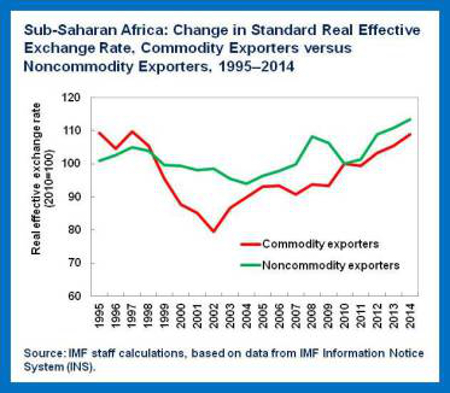 The lack of price competitiveness has been exacerbated by structural impediments – particularly weak institutions, the limited supply of skilled labour, and infrastructure gaps, making the region costly for producers. For example, in the most recent Global Competitiveness Index (GCI) compiled by the World Economic Forum, sub-Saharan African countries received some of the lowest scores in the world. An even greater concern is the limited improvement since the mid-2000s, with key bottlenecks persisting in infrastructure, technological readiness and the provision of health and education. That said, it is highly encouraging that the survey showed countries such as Mauritius, South Africa, Rwanda, Botswana, Namibia, Kenya and Seychelles, have GCI scores comparable to the average scores prevailing in other emerging and developing regions in the world, proving that the surge in infrastructure spending in recent years has paid off in lowering costs in several countries.

Another interesting finding, and one that gave us pause, is how the increased participation in global trade of low-cost emerging and developing countries has actually intensified the level of competition. This shift in many instances, has partially or even fully offset the price reductions that countries in the region have been able to achieve.

Has it mattered for growth?

We then considered periods of sustained growth around the world to see the extent to which competitiveness has mattered for growth. Sustained growth is defined as periods of five or more years of consecutive annual real per capita growth in excess of 2%. They found that over the whole sample (1980-2014), sub-Saharan Africa experienced fewer growth spells than other regions, but the incidence of such episodes has increased substantially since 2000.

More interesting still, in the period since 2000, there appears to have been two distinct types of sustained growth episodes in the region. In about half the countries, higher commodity prices and/or a rebound from conflict, seem to have played a strong role in fostering growth. However, in the other half or so cases, growth was accompanied by sustained competitiveness and even some diversification in exports in some countries (Burkina Faso, Ethiopia, Ghana, Kenya, Rwanda, Tanzania and Uganda).

I see three important takeaways from all this:

As high commodity prices and abundant global liquidity are quickly fading, sub-Saharan Africa needs to restore competitiveness now to diversify its economies, sustain high rates of growth and create jobs for its burgeoning and young labour force, which is expected to increase dramatically just as the rest of the world starts ageing.

Antoinette Sayeh is a Liberian economist. This article was originally published on iMFdirect, the International Monetary Fund’s (IMF) blog.