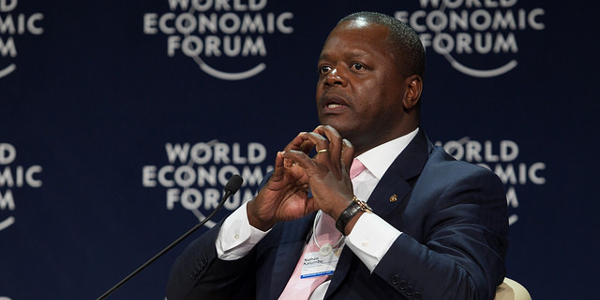 “When you look at the challenges and opportunities that Africa faces, it is very clear that these challenges cannot be addressed and resolved by any single entity or by any single organisation,” said Coca-Cola’s Nathan Kalumbu, president for Eurasia and Africa, at the World Economic Forum on Africa last week.

In Africa it is even more important for businesses to establish effective strong partnerships to “make things happen”, said Coca-Cola’s Nathan Kalumbu, president for Eurasia and Africa.

Speaking at the World Economic Forum on Africa last week in Cape Town, Kalumbu explained this has been key to Coca-Cola operations across the continent, and overcoming specific challenges such as distribution.

For example, the company has around 3,500 micro-distribution centres that are focused on accessing far-flung, hard-to-reach communities which it would not be able to access if they simply relied on existing infrastructure.

These manual distribution centres are independently-owned and run by locals, who are financed and trained by Coca-Cola. The company also supplies them with pushcarts to make distribution easier in areas with poor roads.

“What we have realised over the years is that partnerships between government, civil society, and the private sector are critical to addressing the many challenges we face.”

One example is a partnership that Coca-Cola entered into a few years ago with TechnoServe, the Bill & Melinda Gates Foundation, as well as the governments of Kenya and Uganda, to uplift around 53,000 small-scale farmers. The aim was to help mango and passion fruit farmers improve their quality and productivity so that they could participate in the Coca-Cola supply chain.

Prior to this partnership, Coca-Cola was importing fruit for their juice business as they struggled to locally get a steady supply of quality produce.

“We were able to double the revenue of the communities that are producing mango and passion fruits in small farms, whilst at the same time giving them access to our value chain. And we were able to have sustainable access to fruit which is important in our fruit business,” he continued.

“So we really believe that this [type of] partnership between government, private and civil society to make progress in Africa is very important given just the enormity of the opportunity, and in some cases the complexity of the challenges that we face.”

Coca-Cola also announced it had entered into a similar partnership last week – with the launch of the Youth Empowered for Success (YES!) programme – which plans to provide business skills and mentoring to 25,000 young Africans over the next three years.

It aims to tackle both youth unemployment and general skill shortages on the continent, and Kalumbu added that participants will have access to jobs through Coca-Cola’s ecosystem.