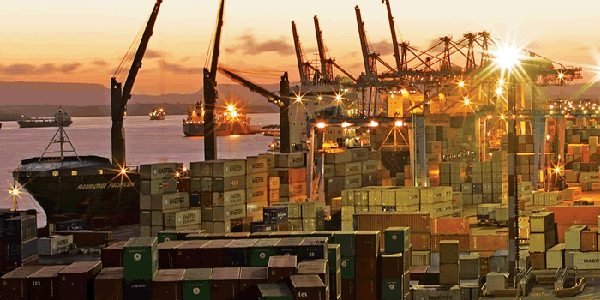 In 2013, China proposed the joint building of the Silk Road Economic Belt and 21st Century Maritime Silk Road, also known as the Belt and Road. The Belt and Road is a proposal for economic cooperation along key routes similar to the ancient silk road. The ancient silk road developed over time and was used to transport goods and ideas over land and maritime trade routes from Asia to Europe, the Middle East and Africa. It promoted trade and cultural exchanges, leading to prosperity and development for countries along the Belt and Road.

Of particular significance to Africa is the 21st Century Maritime Silk Road, which can pave the way for greater transport connectivity, regional cooperation, trade and development. In March 2015, the National Development and Reform Commission (NDRC), ministries of foreign affairs and commerce unveiled the blueprint action plan for the implementation of the Belt and Road initiative. The plan called for policy coordination, facilities connectivity, trade, financial integration and people-to-people bonding. Whilst the initiative covers the area of the ancient silk road, it is not only limited to these areas. Rather, it is open for cooperation with all countries, international and regional organisations.

Primarily, the initiative will be funded by Chinese policy banks, the Asian Infrastructure Investment Bank and the Silk Road Fund. According to a translation of a 2015 speech given by Ou Xiaoli, Counsel for the NDRC Department of Western Region at the Post’s China Conference, implementation of the blueprint action plan will focus on two aspects. Firstly, building six economic cooperation corridors and key maritime pivot points, and secondly, strengthening cooperation in areas including infrastructure connection, trade and investment, resource exploration and finance.

The belt relates to the six economic corridors, namely, Eurasian land bridge; China-Mongolia-Russia; China-Central Asia-West Asia; the China-Indochina peninsula; China-Pakistan; and Bangladesh-China-India-Myanmar. The road relates to the maritime route. There are plans to build transport routes connecting major sea ports along the Belt and Road. These routes will establish Asia-Europe-Africa connectivity. Africa is reflected in the initiative with Kenya identified as a key maritime pivot point. The maritime route also involves ports along the eastern coast of Africa, horn of Africa and North Africa.

With the initiative, a number of routes for transferring goods to Africa and within Africa would open up. For instance, the Gwadar port in Pakistan, a maritime pivot point, has opened a new trade route for exporting goods to the Middle East and Africa. Chinese goods for export were transported from Xianjing to Gwadar, using routes upgraded and developed under the China-Pakistan Economic corridor. This was done amidst tight security, calling into question future use of the route by commercial cargoes.

Within Africa, benefits of the Belt and Road initiative can be seen in the transport and other infrastructure connectivity built by the Chinese, particularly in east Africa. For example, Kenya and Djibouti have had infrastructure projects carried out by Chinese companies, heavily financed by China’s Export-Import (Exim) bank. Kenya’s US$3.8bn standard gauge railway (SGR) project, the Mombasa-Nairobi SGR, is expected to be completed ahead of schedule later this year. The 609km railway project is being developed by China Road and Bridge Corporation. China Exim Bank provided 90% of the funding, with the remaining 10% provided by the Kenyan government. Other phases of the SGR will seek to connect Mombasa to Uganda, Rwanda and South Sudan, fueling the potential for increased economic growth and development for all countries involved.

China is also involved in the Lamu port project in Kenya being built by China Communications Construction Company. The Chinese company has invested almost $480m in the construction of three berths. Upon completion, the new port, part of the Lamu Port South Sudan-Ethiopia Transport Corridor, is expected to benefit the region.

Djibouti, a small lower middle income country with a 900,000 population, located in the Horn of Africa, is of strategic importance to China. In 2016, Djibouti signed an agreement with China to be used as a Chinese naval port. Djibouti has received increasing access to Chinese funds, which may prove beneficial in reducing its 41.9% extreme poverty (2012 estimate). Chinese infrastructure projects in the country include a new port, airports as well as the Ethiopia-Djibouti railway projects. The 752.7 km Ethiopia-Djibouti Railway Line Modernisation project involved total investments of $4bn. The Ethiopian section cost $3.4bn. It was built by two Chinese companies, China Railway Group and China Civil Engineering Construction, 70% financed by China’s Exim Bank and 30% financed by Ethiopian government. Djibouti contributed $878m for the project.

Djibouti is Ethiopia’s main import and export route. It is also a key trade hub for export and import to and from Asia, Europe and the rest of Africa. The infrastructure connection will benefit both countries, currently part of Africa’s fastest-growing economies. It will provide Ethiopia easy access to the port of Djibouti and open up Ethiopia’s emerging market of 95 million people to Djibouti. Ultimately, Ethiopia hopes to build a 5,000km rail network that would connect Kenya, Sudan and South Sudan. Djibouti hopes for a trans-Africa rail network that would link the Red Sea with the Atlantic Ocean.

Tanzania is another east African country with prospective benefits from the Belt and Road Initiative. It is unclear whether construction of the Bagomoyo port project in Tanzania, scheduled to begin in July 2016, has started. Negotiations between China Merchant Holdings International and Oman State Government Reserve Fund were expected to have been concluded in March 2016. If the construction of the port goes ahead, it is expected to become one of the biggest ports in Africa, with links to rail networks and roads connecting the Belt and Road with other east African countries.

Apart from the African countries identified in the FBIC report, interest in the Belt and Road initiative appears to be spreading to more areas in west and central Africa. According to a 2016 report in thee Mail & Guardian Africa, Togo, a small country in west Africa, is seeking to strengthen bilateral relations with China with the hope of becoming China’s staging point in west Africa. Similar to the other countries, China has been active in Togo’s transport infrastructure. Cameroon in central Africa is also reported to be pitching itself as the gateway to west and central Africa. It has also had Chinese cooperation in its transport infrastructure, notably the new deep water Kribi port built by Chinese companies. In other parts of west Africa, development of deep water ports connected with the Belt and Road initiative have been canvassed. These include Libreville, Gabon; Tema, Ghana and Dakar, Senegal.

Arguably, other countries in west Africa, such as Nigeria seeking loans from China’s Exim Bank for transport infrastructure, could also be considered interested in the Belt and Road initiative. Examples of such infrastructure projects include the coastal railway project from Calabar to Lagos and the Nigerian railway modernisation project from Lagos to Kano. In 2014, the Nigerian government and China Civil Engineering Construction signed an agreement for the $12bn coastal railway project to link all 10 coastal cities in Nigeria. Unfortunately, this did not materialise and a new deal was signed in 2016. Should west African countries’ engagement in the Belt and Road initiative increase, it is important for these countries to find joint ways to increase intra-regional transport connectivity as is emerging in east Africa.

Finally, based on the examples of China’s expanding cooperation with Africa, particularly with regards to transport infrastructure and the Belt and Road initiative, it is no surprise that many worry about China’s influence, economic or otherwise, on African countries. However, with Africa’s transport infrastructure deficit impacting regional integration, competitiveness in regional and global trade and development, any attempt to improve the status quo should be welcomed. Africa on its part must ensure that the investments are favourable to its interests, properly negotiated and must work together to find sustainable ways to increase its transport infrastructure and connectivity. Granted, this is easier said than done.