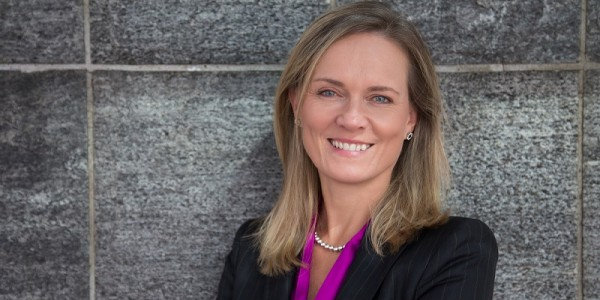 We are still near the start of 2018, and already it feels like tension and disorder will be the year’s defining characteristics. From anti-immigration policies in the United States to flaring geopolitical hotspots in the Middle East and East Asia, disruption, upheaval, and uncertainty seem to be the order of the day.

But at least one metric offers reason for cautious optimism: economic growth. The International Monetary Fund estimates that global growth will reach 3.7% this year, up from 3.6% in 2017. As Christine Lagarde, the fund’s managing director, put it in a speech in December, “The sun is shining through the clouds and helping most economies generate the strongest growth since the financial crisis.”

It was fitting that Lagarde made that observation in Addis Ababa, because it is in Africa where the rays of prosperity are shining brightest. In fact, I predict that 2018 will be a breakout year for many – though not all – African economies, owing to gains in eight key areas.

For starters, Africa is poised for a modest, if fragmented, growth recovery. Following three years of weak economic performance, overall growth is expected to accelerate to 3.5% this year, from 2.9% in 2017. This year’s projected gains will come amid improved global conditions, increased oil output, and the easing of drought conditions in the east and south.

To be sure, growth will be uneven. While nearly a third of African economies will grow by around 5%, slowdowns are likely in at least a dozen others. Sharp increases in public debt, which has reached 50% of GDP in nearly half of sub-Saharan countries, are particularly worrying. But, overall, Africa is positioned for a positive year. 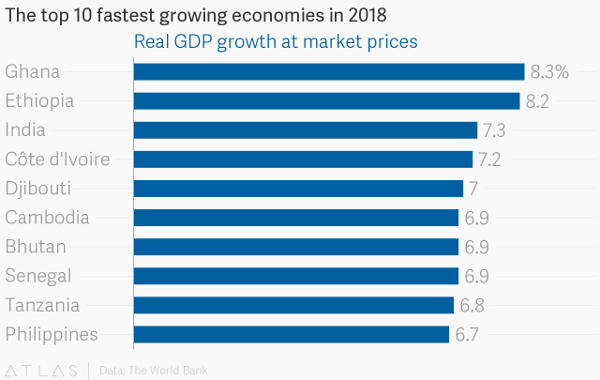 All of these gains will be tested, however, as voters in 18 countries go to the polls this year. Adding to Africa’s story of divergence will be continued political fragility in a number of states, including the Central African Republic, Burundi, Nigeria, South Sudan, and Somalia.

A third source of optimism is Africa’s agricultural sector, where the potential of smallholder farmers, the majority of whom are women, is finally being realised. African agricultural output is forecast to reach US$1tn by 2030. This maturation could not have come at a more opportune time; roughly two-thirds of Africans depend on agriculture to make ends meet. Large tracts of uncultivated land, a youthful workforce, and the emergence of tech-savvy “agropreneurs” – agricultural entrepreneurs – are lifting production and transforming entire economies.

Fifth, African leaders are getting serious about curbing illicit financial outflows from corrupt practices that rob African countries of some $50bn annually, much of it in the oil and gas sector. While US lawmakers are pushing to repeal portions of the 2010 Dodd-Frank financial reform legislation – which contains a provision requiring oil, gas, and mining companies to disclose payments they make to governments – the broader trend is toward greater transparency and accountability.

For example, the Panama Papers and the Paradise Papers pulled back the curtain on the murky system of tax havens and shell companies that shelter billions of dollars from some of the world’s poorest countries, including many in Africa. And with the G20 and the OECD working to stop tax avoidance, Africa may soon benefit from global efforts to end shady accounting.

Sixth, Africa’s energy sector is set to thrive. While 621 million Africans still lack reliable access to electricity, innovations like renewables, mini-grids, and smart metering are bringing power to more people than ever before. In South Africa, renewable energy has taken off; the price of wind power is now competitive with coal. Ethiopia, Kenya, Morocco, and Rwanda are also attracting large investments in renewable energy.

A seventh area showing signs of progress is education. To be sure, Africa’s educational offerings remain dismal; more than 30 million children in sub-Saharan Africa are not in school, and those who do attend are not learning as much as they could. But many African leaders and publics have recognised these deficiencies; in some countries, such as Ghana, education has even become a deciding issue for voters.

As the Education Commission highlights, some countries are boosting investments in education. This represents an opportunity to align learning outcomes with future employment needs. But with over a billion young people living in Africa by 2050, greater investment in education is urgently needed. Finally, greater attention is being paid to developing a pan-African identity, and African fashions, films, and foods are expanding to new markets. As these cultural connections grow, Africa’s soft power will continue to rise and extend far beyond the continent.

In many corners of the world, 2018 is shaping up to be yet another disappointing year, as inequality and poverty continue to fuel anger and populism. Africa will not be entirely immune from such developments. Nonetheless, the continent’s inhabitants have at least eight good reasons – far more than most people elsewhere – to be optimistic.

Caroline Kende-Robb is chief advisor to Rt. Hon. Gordon Brown, chair of the Education Commission. This article was originally published by the World Economic Forum.