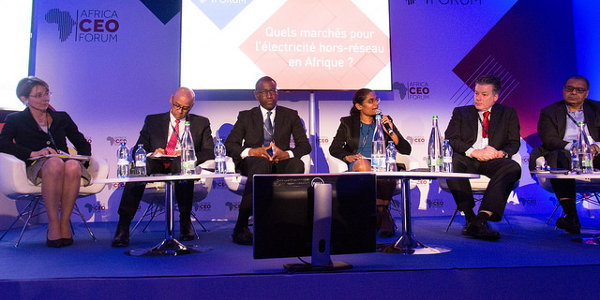 This article is a summary report of a panel discussion at the Africa CEO Forum, held in Geneva, Switzerland on 20 and 21 March 2017. It was produced by Maritz Africa Intelligence specifically for the NTU-SBF Centre for African Studies, a trilateral platform for government, business and academia to promote knowledge and expertise on Africa, established by Nanyang Technological University and the Singapore Business Federation. The PDF can be downloaded here.

More than 640 million Africans, or about 60% of the continent’s population, don’t have access to reliable and affordable grid-connected electricity, and are therefore dependent on energy sources such as kerosene, charcoal and diesel. Likewise, many businesses also suffer from poor power supply. For example, it is estimated that some 95% of the mobile tower sites in the continent’s off-grid regions run on inefficient diesel generators, which significantly drive up costs.

One of the organisations seeking to improve power supply on the continent, is the African Development Bank (AfDB), which has set an ambitious target of adding 160 gigawatts (GW) new generating capacity to achieve universal electricity access by 2025. The AfDB estimates that reaching this goal would require an additional 130 million households to be linked to national power grids as well as 75 million new off-grid connections.

Off-grid power is loosely defined as electricity not associated with a state utility and not part of a national power distribution network. These stand-alone systems typically generate electricity from renewable sources such as wind, solar and micro-hydro. According to the AfDB, off-grid solutions are essential to speed up the electrification of the continent as “people cannot wait until the grid power reaches every corner of their villages or cities”. 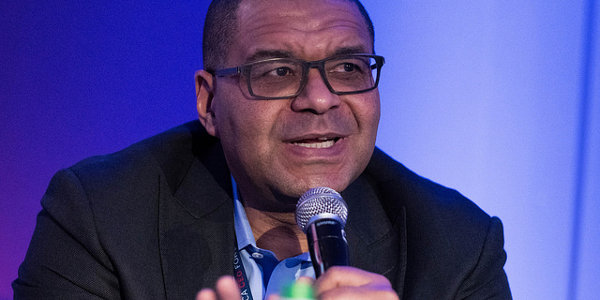 The off-grid industry is already gaining traction, particularly the pay-as-you-go solar kits offered by companies such as M-Kopa Solar, Mobisol, Lumos Global and Off Grid Electric. Over the past few years these operators have provided electricity to hundreds of thousands of households in East and West Africa. Although there are slight differences in their respective offerings, the packages generally comprise a solar panel and battery, with accompanying appliances such as light bulbs, a torch, a mobile phone charger and a radio – some even include a digital television. These companies typically also allow their customers to pay for their solar systems in instalments, often through mobile money.

But off-grid solutions are not only relevant for small-scale or residential users. In African countries that regularly experience power blackouts or load shedding, commercial users are increasingly seeking energy security through the installation of their own electricity generation systems.

The falling costs of solar energy is a major growth driver of the off-grid industry. “Solar has become very competitive, and is in a position to scale up in a significant way,” says Emmanuelle Matz, Head of Energy and Infrastructure at French development finance institution Proparco.

“The cost [of solar] has come down to 25% of what it was in 2011, and it is continuing to decline,” added Jasandra Nyker, Chief Executive Officer of South African-based renewable electricity developer BioTherm Energy. 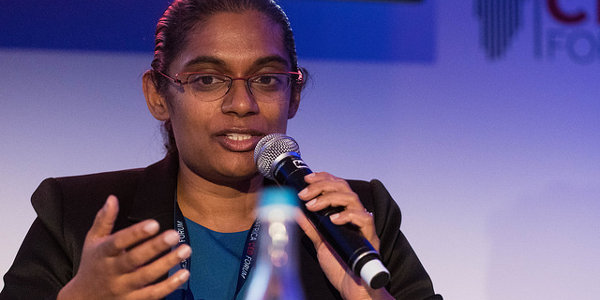 Nairobi-based M-Kopa is arguably the most established of sub-Saharan Africa’s home solar system providers. In less than five years since its commercial launch in 2012, M-Kopa has signed up over 500,000 households in Kenya, Tanzania and Uganda. Its solar systems are intended to be an alternative to kerosene lamps, which are used by millions of people throughout East Africa, despite being expensive, unhealthy and unsafe.

A major reason for M-Kopa’s success is its innovative equipment financing and payments technology, without which low-income earners would not be able to acquire the company’s products. It works as follows: Customers purchase the M-Kopa system (which includes the solar panel, phone charger, television, radio and torch) for a deposit of about US$30. Daily instalments of $0.50 are then paid for a period of 12 months, after which customers own the system outright. Payments are made via mobile money platforms, such as M-Pesa in Kenya. Sensors on the equipment allow M-Kopa to regulate usage based upon payments received – if a customer stops paying and runs out of credit, the system is shut down remotely and ceases to function.

In Nigeria, pay-as-you-go solar provider Lumos, which has a partnership with telecommunications operator MTN, also utilises mobile technology. Customers pay their instalments with mobile airtime credit – in the same way they purchase data packages and other mobile services.

According to Proparco’s Emmanuelle Matz, the rise of the off-grid industry is closely tied to the digital revolution. “As you may know, most of these offers are linked with financing packages – two to three years equipment financing. This is thanks to the agreements that the developers have with telecom operators… and [doing] that financing through mobile money. We see a lot of inventive digital companies that are providing new services thanks to the mobile connectivity.” 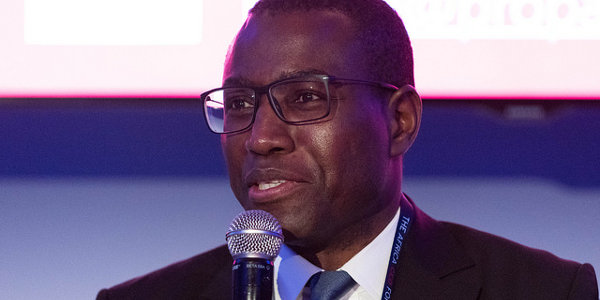 It has been suggested that the off-grid industry could be as transformative for Africa as mobile phones. Andrew Alli, President and Chief Executive Officer at the Africa Finance Corporation (AFC), described the industry as “revolutionary”, explaining, “I don’t think we’ve really understood the full consequences of where this technology could be taking us and the knock-on effects that it is likely to have on other things.”

Drawing a parallel between mobile telecommunications and off-grid power, Alli said: “Twenty years ago I don’t think anybody really recognised how revolutionary cell phone technology really was, and how much it could change the face of not only the telecom market in Africa, but many other markets as well – what sort of new business opportunities it would open up.”

He added that although the cost of renewable energy has already dropped significantly, the lack of cheap and effective power storage is holding the industry back. “When there is a breakthrough in storage technology – which will happen at some point, although obviously one cannot say when exactly or how – I think this will really change the face of what can happen.” 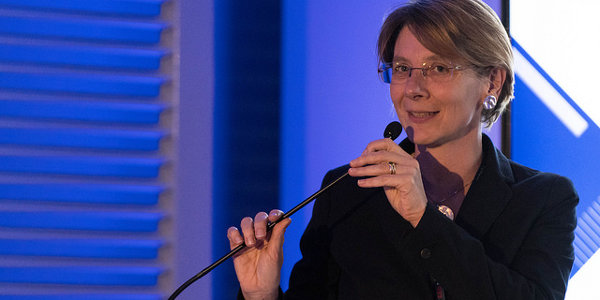 Emmanuelle Matz, Head of Energy and Infrastructure at Proparco

He explained urbanisation could be slowed down by giving rural people income-generating opportunities where they live. “If we want to stop this very rapid urbanisation that will leave 80% to 90% of the continent uninhabited, we need to give people the opportunity to charge their mobile phone where they live and a torch that lights up their house at night – but also enough power to start a business.”

An off-grid boom could also give rise to ancillary industries. For example, Thierry Tanoh, Minister of Energy in Côte d’Ivoire, highlighted a potential spin-off opportunity from the household solar industry: the recycling of the systems’ batteries. He said it could lead to an environmental disaster if the sector grows as large as many expect, without the proper disposal of old batteries. Alli concurred by saying, “It is going to probably become a huge business, as this whole technology moves ahead.”

Government policymaking generally hasn’t kept pace with the growth in off-grid power. A number of the panelists urged African states for transparent regulations and policies governing the industry, especially considering off-grid solutions are competing with the existing state-backed power utilities. It was mentioned that greater regulatory certainty will encourage investment.

Amadou Hott – Vice President for Power, Energy, Climate and Green Growth at the AfDB – suggested that the off-grid sector be regulated in the same way as mobile telecommunications. He said investors and financiers need visibility about the future of the industry and clarity on the size of the total addressable market

The residential solar energy industry has grown from being a collection of charities handing out solar panels to a real business opportunity. Companies operating in the sector have attracted a wide array of investors and financiers –from private equity funds to development finance institutions. For example, Mobisol’s investors include the International Finance Corporation (IFC) and Investec Asset Management, while Lumos last year raised $90 million from the Overseas Private Investment Corporation and the Pembani Remgro Infrastructure Fund, among others, to roll out solar systems in Nigerian homes, small businesses and community service centres such as hospitals, churches and mosques. 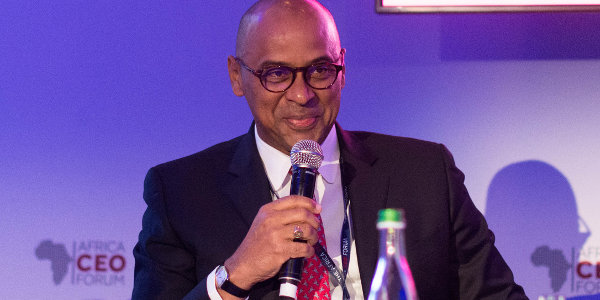 However, it is still early days for investors. “The models are not yet proven, so everybody is taking a risk investing at this stage,” commented Emmanuelle Matz of Proparco.

BioTherm Energy CEO Jasandra Nyker stressed the need for innovative financing solutions for corporate entities wanting to implement renewable energy solutions. “What I’m talking about here is the family-owned packaging company in Ghana… that is affected by load shedding and actually wants to install half a megawatt on its roof. Half a megawatt is probably $500,000 – give or take – and essentially their balance sheet can’t actually handle that. So how does that company actually go about trying to get this kind of project financed in order to improve its economic activity and production?”

One of the power sector’s past mistakes, according to Tobias Becker of ABB, is that electricity prices in Africa were made too cheap because it was wrongly assumed that Africans didn’t have sufficient income for such services. However, he pointed out that the cost of kerosene or running diesel generators are already high, so consumers are used to paying relatively steep amounts for energy. He said people would be more than willing to redirect this spending to off-grid energy if it gives them a better solution at a lower price.

Andrew Alli of the AFC said it is important for the sustainability of the industry that end users pay for their own electricity, and that it is not subsidised. “If you [go] down the route of somebody else paying for somebody else’s consumption, you are building a model which is not sustainable… If you approach this thing from the mindset that [people in Africa] can’t afford to pay, and they need some sort of subsidy, really you risk falling into the trap that has made many of the African large-scale power utilities unbankable, which actually causes problems with rolling out off-grid solutions.”

He added that giving consumers access to affordable and reliable power creates a virtuous cycle: electricity makes people more productive, which leads to higher incomes, which in turn boosts their ability to pay for power. 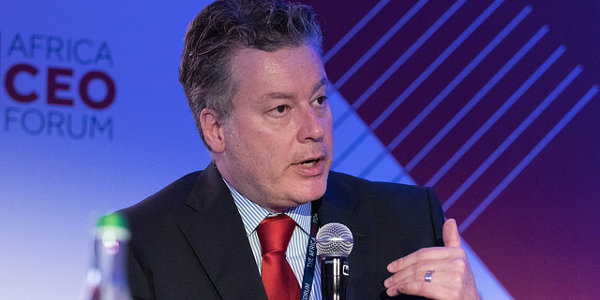 Off-grid electricity not only solves one of Africa’s most pressing problems, but this nascent industry offers numerous business opportunities for Southeast Asian companies. The industry has a long value chain that includes everything from financing to equipment manufacturing to distribution, as well as potential spin-off industries such as battery recycling. The fact that a string of influential companies and organisations – including MTN, Investec, the AfDB and the IFC – have committed millions of dollars, suggest there is more to off-grid energy than just hype. As the AFC’s Andrew Alli noted, the future impact of the industry shouldn’t be underestimated.