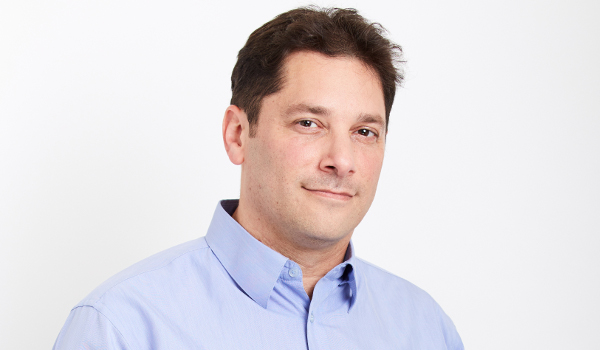 Pay-as-you-go off-grid solar energy solutions are on the rise in Africa. Introduced as a means to reach last-mile informal settlements, the industry has since evolved into a multitude of offerings, aimed at both urban and rural populations. With increasing demand for electricity, coupled with unreliable grid power supply, penetration of off-grid solar is estimated to grow by more than 70% a year, reaching over eight million households by 2020. Around 550,000 households in sub-Saharan Africa used off-grid solar solutions in 2015, rising to nearly one million by 2017.

How pay-as-you-go solar works, specifically in the case of Lumos Global (an off-grid solar provider operating in Nigeria), is customers buy a ‘solar kit’ – which usually comprises a solar panel, a battery, a phone charger and LED lights – from their local mobile operator store for a one-time commitment fee. Customers then pay small instalments, with their mobile airtime credit, to be able to use the system and power their home.

Lumos, which recently partnered with telecommunication operator MTN, is Nigeria’s biggest pay-as-you-go solar player, having installed close to 40,000 systems. Last year it attracted a US$90m investment from The Overseas Private Investment Corporation and the Pembani Remgro Infrastructure Fund, which it plans to use to grow its service in Nigeria and expand to other African nations.

How we made it in Africa spoke to Nir Marom, co-founder of Lumos, about the company’s activities in Nigeria and some of the challenges it faces.

Take us back to how the company was started.

In 2007, before Lumos, I launched a company that did large on-grid solar projects. During that time the cost of producing solar power came down dramatically. I then read an article about people living off grid and spending almost $0.50 per day on energy from sources such as kerosene. I said, “That’s ridiculous, for $0.50 I can give them 4kWh, which is much more than they need.”

We launched as two entrepreneurs – today we are almost 100 people in corporate and over 400 people in Nigeria.

Why is pay-as-you-go solar technology needed?

Basically hundreds of millions of people live without access to the grid in Africa. And the grid will most likely never reach them – it is too expensive to put up. So the alternative is what we call off-grid. At the same time, people on the grid sometimes have very unreliable electricity supply and require solutions for the many hours that the grid is not functioning. So this group needs a system that doesn’t rely on the grid, and solar is perfect for that.

But because solar works only during the day, you also need batteries. Unfortunately a high-quality solar panel and battery is a very expensive system – many people cannot afford the upfront payment. And that’s where pay-as-you-go comes in – instead of making people pay hundreds of dollars to buy the equipment, they instead pay for the service.

Our systems are large enough to power several lights, several rooms, a fan, a TV, a radio, and charge several mobile phones – all this, every day, 365 days of the year, for about $0.50 a day.

Who are your main customers – is it mostly urban or rural people?

We sell in all areas of Nigeria. We have customers who are very rural who are replacing kerosene and flashlights with our system. Then we also have customers who are not that rural replacing generators with our systems, because they are 10 times cheaper. In addition we have people complementing their grid access with our systems. So these are the residential customers, but we also have many small businesses and community organisations – like churches, mosques, hospitals and schools – using our technology. I know one hospital is using three of our systems to light up 20 rooms. Our system allows businesses to expand their hours of operation – if they had done this with a generator, the cost would have erased their profit margins.

Describe some of the challenges the company faces.

I think we are challenged on different aspects. One challenge is the fact that the market is huge – and is always increasing in demand. We need huge amounts of money to finance these systems. It is always a big challenge to bring so much money to the table, and the market is demanding much more.

In Nigeria, specifically, the devaluation of the naira and the scarcity of US dollars have been major challenges – if we can’t get dollars out of the country, it is going to be very difficult to deploy more systems.

Also, I think the general perception about solar is very bad, and not rightfully so. It is because of sub-standard systems that were sold in these markets, and this reputation has affected some of the customers, making it challenging to sell.

Are you facing challenges related to distributing the systems to rural areas?

That is the advantage of working with a mobile operator that already has logistics infrastructure in place. Distribution is done with the mobile operators, and in Nigeria specifically with MTN. Our systems are sold in their stores and the customers go to the closest store, buy a system, and then install it by themselves or go to third-party installers who offer their services.

In East Africa off-grid solar operators such as M-Kopa have already connected over 500,000 households. Why do you think the industry has grown faster in East Africa compared to West Africa?

Counting number of systems is not the right metric, as one cannot compare systems of different sizes and the Lumos system is up to 20 times larger than some of the small systems sold in East Africa. Another thing that helped the industry focus in East Africa is the presence of mobile money, which is much more widely used there. Although mobile money is available in Nigeria, penetration is much lower compared to a country such as Kenya. It is more difficult to integrate a system such as ours with mobile airtime, which is how we currently accept payments, compared to integrating it with mobile money.

What will it take to boost growth in off-grid power?

What is holding back off-grid is that we are proving ourselves in a new industry, and trying to find more sources of financing at the same time. When you’re a gas-fired power plant or coal-fired power plant it is very natural to be raising billions of dollars and no one will question that. With an industry like ours, which is still relatively young, you are not able to attract that kind of money. But the funding is really needed – many billions of dollars. Slowly but surely we will get there, but we are not there yet.

Tell us about some of the lessons you’ve learnt since starting the company.

On a positive side I have learnt in a very good way that the market is available and the product is a good fit with the market. On the negative side, I have learnt that things take longer than you want them to take.

Looking back, if I could change one thing, it would be being courageous enough to start even bigger than we did, asking for money and deploying more swiftly.