Over the last 12 months Kenya has suffered numerous terror attacks that have killed close to 200 people and dented the country’s image abroad. Since the September 21 al-Shabaab attack at the Westgate mall in Nairobi which killed 67 people, dozens of other attacks have occurred, with targets including public transport vehicles, churches, local hotels and a police station. 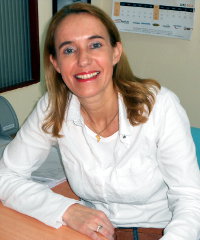 Last week more than 60 people were killed in the coastal town of Mpeketoni, the worst attack since the Westgate shooting.

Although none of the attacks were aimed at tourists, Kenya’s travel and tourism industry has been badly affected. Some hotels on the Kenyan coast are reported to have closed shop or scaled down operations, sending home over 4,000 employees. Recent travel warnings issued by the US, Britain, France and Australia – and last month’s controversial evacuation of hundreds of British tourists from parts of Kenya – have only worsened the situation.

However, some industry players are optimistic that the sector will bounce back. Tracy Scott, managing director of Scott Travel Group, says it has “been a little bit harder” to sell Kenya as a destination since the Westgate attack, but adds that the country will “bounce back” as it did during previous incidents.

The industry has faced equally major blows in the past, including the 2007-2008 post-election violence and the 1998 US embassy bombing in Nairobi.

“Kenya’s tourism industry has the ability to rebound. Traditionally, it has always bounced back,” says the UK-born entrepreneur. “We do go through our ups and downs but I think our source markets, which include the UK, Germany and the US to some extent, tend to look at things in a realistic fashion. They may be put off by certain incidents, and these recent terrorist attacks haven’t helped, but luckily people look at this country as a beautiful holiday destination. From my experience, the Kenya safari experience is a holiday of a lifetime for many people.”

The 2011 kidnapping of a disabled French woman from the island of Lamu by al-Shabaab prompted Kenya to send its troops into Somalia to root out the Islamist insurgents. Since then the terrorist group has unleashed retaliatory attacks on Kenya.

“I think it is good that Kenya is sharing a responsibility together with other governments to root out terrorism but unfortunately it does mean that we may get these periodic retaliatory attacks. However, the attacks happen in very specific and random areas that do not affect the tourist circuit,” says Scott.

Tourism is a crucial sector for Kenya, contributing 12.1% of GDP, according to the World Travel and Tourism Council. In 2013 the industry supported 226,500 direct jobs amounting to about 4.1% of total employment in the country.

US-based frontier markets research firm DaMina Advisors said in a note issued last week that Kenya’s tourism industry is still set for growth due to a number of positive structural factors, including a weak currency, well diversified tourism offerings, slashed taxes on flights, no visa requirements for East African visitors and a rising middle class in the region.

“This positive outlook reflects a more diversified Kenyan tourism industry, in which safari-oriented tour companies… remain largely unaffected by the terror campaign. Kenya and British Airways continue to operate daily flights to and from Nairobi, and German airline Condor still offers five flights a week to Mombasa. Similarly, rising per capita income throughout Kenya and sub-Saharan Africa, as well as the growth of business, conference, and sport tourism, continue to contribute significantly to the resilience of the industry,” said DaMina Advisors. “In short, several positive structural factors will allow Kenyan tourism to withstand the temporary surge in terrorism.”

Kenya’s public and private sectors have mounted joint efforts to promote the country’s tourism industry by assuring visitors of their safety. Scott notes that what needs to be put into perspective is the fact that none of the recent attacks in Kenya were targeted at tourists.

“Apart from these recent terrorist incidents there have been very few… security incidents on tourists in Kenya over the last 30 years. They have been very random and few and far between. Of course we have had to work a little bit harder in recent months to bring tourists back to Kenya and incidents like the recent one in Mpeketoni don’t help. However, we should note that there are no international hotels or tourists there. It is terrible what happened to Kenyans in that area… but I think as far as tourism is concerned that area is not a tourism area,” explains Scott.

She adds that the Westgate mall attack was targeted at “Kenyans and expatriates that choose to live here… not tourists”.

“I maintain that the tourist circuit is buffered from [attacks in shopping malls] because we pick our clients up from the airport, take them to a hotel and then off on safari. Traditionally we don’t take them into shopping malls,” says Scott.

Most players in the industry and government have lambasted western nations for issuing travel warnings against Kenya.

Scott says that in fairness to nations like the UK, US and France, their warnings were very specific.

“They didn’t talk about the Kenyan coast in a broad context. They just talked about small parts of Mombasa that you couldn’t go to or shouldn’t go to.”

Scott says there is a need to find ways to “mitigate incidences where tour operators have a kneejerk reaction” and send home tourists after travel warnings have been issued for fear that they are not covered by insurance.

“At the end of the day, the tourist still has the right to make their own decision as to whether they want to continue their holiday or go back home.”