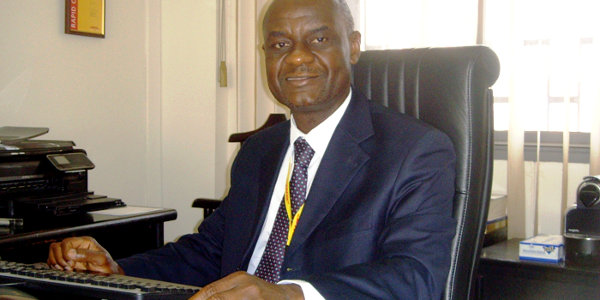 Cameroon is often called “Africa in miniature” due to its diverse landscapes that represent the continent’s major climatic zones. Natural features such as white beaches, mountainous areas, tropical rainforests, savannah grasslands and sparse deserts can all be found in this Central African country.

For Ousmanou Kouotou, Country Manager of DHL Express Cameroon, this diversity is one of the best aspects of living in Cameroon. “You have all of Africa in one country,” he says.

Following a decade of relatively mediocre average annual growth of about 3.5% (IMF), economic expansion is expected to accelerate to around 5% from 2014 to 2019.

A growing population, rapid urbanisation and rising incomes offer various opportunities for consumer-focused companies. Unlike Nigeria and Ghana where numerous shopping malls have sprung up, modern retail in Cameroon is relatively undeveloped. The vast majority of the population still buy their goods from open-air markets and informal kiosks. The proliferation of fast-foods chains across the rest of the continent has not yet spilled over to Cameroon, indicating a clear opportunity. Also, the growing number of women entering the workforce is creating demand for convenience foods.

But despite rising incomes, GDP per capita remains muted at just over $1,400 in 2014. The bulk of Cameroonians are price-sensitive and this guides their purchasing decisions. Low purchasing power however doesn’t mean they will settle for sub-par products. In fact consumers will spurn low-quality products that don’t fulfil their needs. “Cameroonians go for quality that is reasonably priced,” notes Kouotou. Therefore, developing brands consumers can grow to trust is vital for the long-term success of any company.

Cameroon has major agricultural potential, but still imports significant volumes of food and consumer products. There are opportunities for companies to become more competitive by manufacturing some of these products locally. The country’s favourable geographic location also gives manufacturers access to both the West and Central African markets. The port of Douala is already one of Central Africa’s most important trading hubs.

An example of a company taking advantage of what Cameroon has to offer is chocolate manufacturer Chococam, which from its factory in Douala supplies the greater Central and West African region.

But operating in Cameroon is not without its challenges and business people have to deal with significant red tape. Another hurdle is the congested Douala port where goods can be stuck for months. The government is however addressing this by building a new port and container terminal of Kribi. In fact, Kouotou anticipates Kribi may develop into an important industrial city in the coming years.

He also highlights a relatively well trained and qualified labour force as a strength. Cameroon is known for having one of sub-Saharan Africa’s better education systems.

“Although Cameroon has attracted investors from other African countries such as MTN and Dangote, I don’t think business people on the continent are always aware of the opportunities available. DHL has been operating here since 1981. I think Cameroon needs to do a better job at promoting our competitive advantages to the broader investor community,” Kouotou concludes.