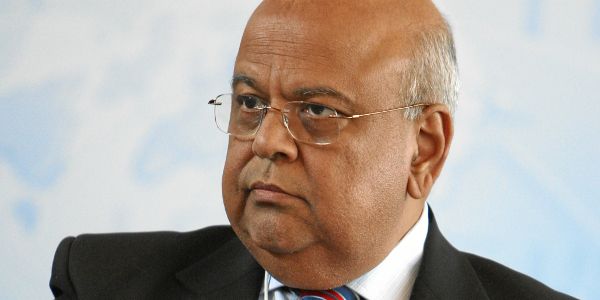 Currently, S&P Global Ratings and Fitch Ratings both rate South Africa “BBB-” with a negative outlook. That is the lowest possible investment-grade rating, with the next likely adjustment being downward to so-called ‘junk status’. Fitch Ratings said in November last year that it could downgrade South Africa’s rating if continued political instability adversely affects standards of governance, the economy or public finances. More recently, in presentations delivered in mid-March 2017, S&P Global Ratings reiterated that it could downgrade South Africa if political interference weakens key institutions.

At around midnight on 30 March 2017, President Jacob Zuma announced a reshuffle of his Cabinet “in order to improve efficiency and effectiveness.” Newly appointed ministers and deputy ministers were directed to work with their colleagues “to bring about radical socio-economic transformation” in South Africa. Across the country, South Africans united behind the idea that there was little merit in these changes. Even African National Congress (ANC) Secretary General Gwede Mantashe expressed discomfort with the fact that well performing ministers were removed from Cabinet while underperforming ministers were left in the executive.

Specifically, there was widespread outrage about the dismissal of Finance Minister Pravin Gordhan and his deputy, Mcebisi Jonas, with ANC Deputy President Cyril Ramaphosa saying that this was “unacceptable”. The pair had earlier in the week been recalled from an investor roadshow in London. According to media reports, President Zuma based his recall of Messrs Gordhan and Jonas on an intelligence report claiming that the former ministers were meeting in secret with entities planning to overthrow the Zuma administration. Both Ramaphosa and Mantashe are said to have rejected this report.

On the day after the midnight reshuffle, Fitch Ratings commented that the changes – including the dismissal of Finance Minister Pravin Gordhan and his deputy – signal “a change in policy direction” that could “potentially weaken public finances and standards of governance”. The ratings agency believes that “fiscal consolidation is likely to become less of a priority” and that recent momentum in improving transparency and governance of state-owned enterprises (SOEs) “will be halted”. As a result, SOEs’ liabilities, and therefore contingent liabilities to the government, “will probably grow more rapidly”. Furthermore, Fitch Ratings believes the reshuffle “will heighten tensions within the ANC and increase political instability.

After warnings from S&P and Fitch about the adverse effect that political instability could have on South Africa’s sovereign ratings, the country now looks to June 2017 when both agencies are scheduled to publish official reviews of their ratings. KPMG warned earlier this year that a Cabinet reshuffle could materialise in 2017 Q1 and that a sovereign ratings downgrade is possible before the middle of 2017. The link between the two events was basically the idea that a change in the Cabinet (now with its fourth finance minister in 16 months) could signal a greater risk that the state would make changes to medium-term fiscal planning, resulting in deteriorated financial metrics for the state. 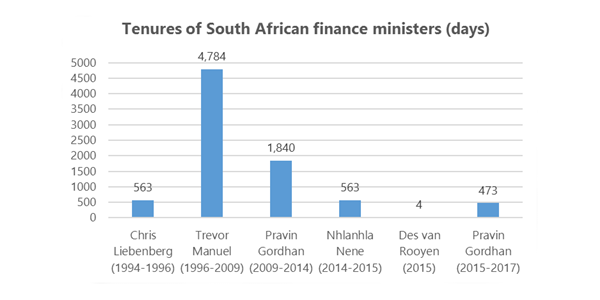 Based on internal methodologies, S&P will by the end of 2017 have to make a call on either downgrading South Africa to sub-investment grade or to return the outlook on its “BBB-” rating to ‘stable’. During March, the agency indicated that it could downgrade South Africa if, individually or collectively, any of the following happens:

There is heightened concern that the Cabinet reshuffle will adversely affect all three of these factors. Further weakness in business and consumer confidence, as well as changes to government spending ideology, will see slow economic growth linger for longer and further constrain the fiscus. The National Treasury – a key institution that ratings agencies watch closely – now has a new political leadership that wanes in comparison to the experience accumulated by Messrs Gordhan and Jonas. The drive for radical socio-economic transformation through fiscal spending could result in government debt and the guarantees provided to SOEs increase further.

South Africa is perilously close to a sovereign ratings downgrade. This will result in an outflow of investment funds from bonds and equities as many local and international investment funds are mandated to place their money in investment-grade jurisdictions only. This, in turn, will adversely affect the value of the rand, increase the cost of imports, and keep inflation elevated for longer. The South African Reserve Bank (SARB) would have to adjust its monetary policy stance accordingly. Meanwhile, uncertainty over the short-term trajectory of local politics will weigh on local and foreign investor sentiment – and hamper the investment needed to address South Africa’s challenges of unemployment, poverty and inequality.

Christie Viljoen is a senior economist at KPMG in South Africa.