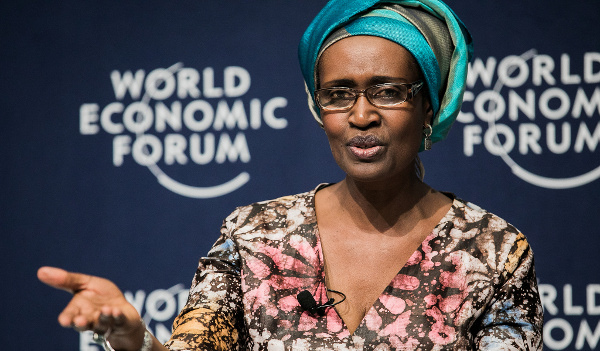 At last week’s World Economic Forum on Africa – held in Durban, South Africa – business leaders gathered to discuss solutions to some of the continent’s most pertinent problems. During one discussion, five panellists were asked what would be their main priority if they had to become “president of Africa”. Here are their responses.

Rich Lesser, global CEO and president of The Boston Consulting Group, said his key focus would be creating and growing opportunities for young people on the continent, which he notes are severely lacking.

“There are three million formal jobs being created and 10-12 million youths entering the market, and if you could only pick one thing to focus on, we have to focus on giving opportunity to young people.”

To do this, Lesser said he would focus on encouraging investment by making Africa an easier place to do business, as well as enable skills development and encourage entrepreneurship. This would help grow job opportunities for young Africans.

For Siyabonga Gama – group CEO of the South African logistics parastatal, Transnet – integration of the five economic regions in Africa would be a priority. Key to this would be ensuring that African economies collaborate and work together, rather than try competing with each other.

“We need to focus on key clusters and key competencies per country, and decide which countries are going to specialise on what, so that we can create the kinds of economies of scale that are required in order for us to reduce the costs of doing business. That is very important.”

Gama added that infrastructure development, especially in the power sector, would also help economies unlock their manufacturing potential and establish their competitive advantages.

“We want to make sure that manufacturing can be deepened because that is going to be the source of employment creation. Manufacturing is one of those things which will assist us in terms of beneficiation as we move forward.”

The United Nations of Africa

Ulrich Spiesshofer – president and CEO of the power and automation multinational, ABB – would also like to see Africa’s 54 countries work together towards a common goal, rather than act in self-interest. The continent can learn from the experiences of European nations (which came together to form the European Union) as well as economies like Singapore (which brought together a multicultural population to achieve a common vision).

He added that if African nations could define and work towards the same goals, it would provide investors with the certainty they need to invest in areas such as power infrastructure.

A more united Africa would also help improve the flow of goods, money, people and information across borders, and Spiesshofer said he would set up a “free movement alliance” for the continent to address this.

“If I had one imperative it would be to ensure inclusive growth,” said Winnie Byanyima, executive director of Oxfam International, a global organisation focused on alleviating poverty.

To better achieve this, Byanyima would focus on protecting the rights and freedoms of civil society. She noted that the closing of civic space has been highlighted as a global threat by the World Economic Forum in its 2017 Global Risks Report and believes that business should be used as a tool to support the rights of citizens.

“For me it is an imperative of protecting the space, funding, freedom and rights of citizens, workers, women, and young people – their right to speak up.”

Frédéric Lemoine, chairman of the executive board of French investment company Wendel, said he would “want to take away the lack of predictability of Africa for the rest of the world”. To achieve this, he would decentralise power and ensure important drivers of economic growth have the funds needed to unlock potential.

“I would give incentives to African companies that go beyond their own territories, not only entrepreneurs but also large companies that have more than US$1bn in revenue. They should become global African companies. I would encourage cities to imagine the new model of development with inclusiveness in all the possible manners. And I would certainly give incentives to governments.”