Last month’s terrorist attack at a high-end shopping mall in Kenya’s capital Nairobi has elicited questions on whether or not foreign investment will slow down in Kenya due to security fears. The East African country has been described by local entrepreneurs, foreign investors and business analysts as an attractive investment destination in the region. 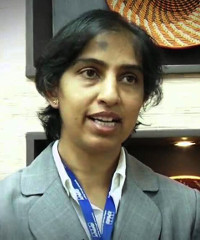 Nairobi is quickly becoming a hub in the region, attracting global retail brands and mega shopping malls to cater for the city’s growing middle class and expatriate community. But, after the 21 September terrorist attack and four-day siege where dozens of people were held hostage by heavily armed gunmen, many wonder what will come next. Will the attack affect Kenya’s standing as an attractive investment destination?

According to Sheel Gill, head of transaction and restructuring at KPMG East Africa, Kenya is likely to come out of this stronger than it did after the 7 August 1998 bombing at the US Embassy in Nairobi in which more than 200 people died.

Noting that it is too early to tell the full effects of the attack on investment, Gill explained that investors are still keen to invest in Kenya. Gill was speaking about private equity flows into East Africa at a media luncheon organised by the newly established East Africa Venture Capital Association (EAVCA).

“It is actually too early to tell whether deals will abort or will be postponed. For the transactions that I am working right now, none of my clients have called and said: ‘We are pulling out as a result of the incident,’” said Gill. “What I have noticed though, is that some investors have pushed back their meetings… they have not cancelled it, they have just pushed back their trips to Nairobi.

“When you look at the stock market [Nairobi Securities Exchange], it’s not gone down,” said Gill, adding that the Kenyan currency has also not been affected by the attacks.

Job Muriuki, principal at Nairobi Securities Exchange-listed Centum Investment Company, told How we made it in Africa that financing of shopping malls in Nairobi will not slow down because of the attack at Westgate.

One of the largest shopping mall construction projects underway is the Garden City development, a 130,000m2 mixed use development which will host the largest retail centre in East Africa. The KSh 27bn (US$311m) project is funded by London-based private equity firm Actis.

“If you were to compare the number of class A shopping malls in Nairobi vis-à-vis the total population, if you compare to any upcoming, developing city , it’s actually very, very low,” said Muriuki. “The alternative to not going to a shopping mall is to go back 20 years to people doing this [shopping] on the street. We can’t go backwards in time.”

However, Muriuki added that the design and security features and installations of malls constructed in the future “will change to cater for terrorism as a threat, but I don’t see people stopping to build shopping malls because of the attack”.

“In private equity we take a very long-term view to investment. So, we are looking at an investment period between five to 10 years. There are still 40m healthy Kenyans who need to eat every day. So, unless we were to have a very serious calamity like civil war, I don’t think that [attack] will fundamentally change the appetites of everyday Kenyans. People will still eat every day, they will need to drink their soda [and] they will still need to use their mobile phones.”

There have also been concerns the charges against Kenya’s President Uhuru Kenyatta and Deputy President William Ruto at the International Criminal Court (ICC) will have an effect on the willingness of investors from Europe and the US to invest in the country. ICC prosecutors allege the two orchestrated ethnic violence after Kenya’s disputed 2007 presidential election in which 1,300 people were killed and over 300,000 displaced.

In the run-up to the presidential election in March 2013, US top diplomat for Africa Johnnie Carson warned Kenyan voters that “choices have consequences”, while in January, the British government said it would only maintain “essential” contacts with the two if they won the elections.

“I think that once we get over the ICC case and it works in our favour we will actually see a huge increase in investment,” said Gill. “We have got a lot international investors who are just waiting for the ICC cases to clear.”