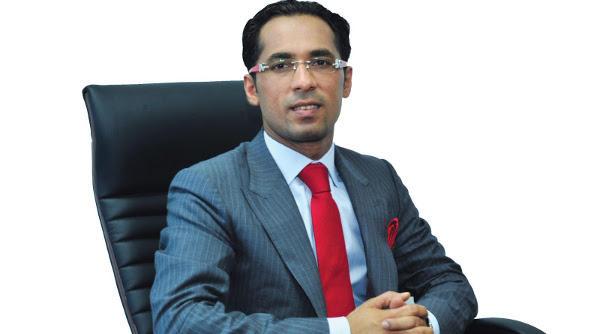 Africa is home to seven of the 10 fastest-growing economies in the world, and despite the pre-conceived ideas of a continent forever plagued by disease, war and turmoil, it is rapidly becoming one of the most desirable investment destinations.

Of course, the past two years have not been easy for the continent. In 2015, an economic slump saw GDP growth slow to 3.0%, down from 4.5% in 2014. In 2016, low commodity prices continued to impede growth, and expansion decelerated to lows not seen since the 2009 global financial crisis.

But I believe 2017 will be the year the continent bounces back. Here’s why.

While the headlines might be all about falling commodity prices, here on the ground I’m seeing something different: an environment where private sector-led investments is starting to flourish, in large part thanks to government-led far-reaching economic and political reforms.

Indeed, the business landscape has been rapidly changing, due to increased regional mobility, rapid urbanisation and population growth, all of which has boosted demand for African-manufactured products and services. This, coupled with strong interconnectedness and a sense of pan-Africanism, has brought much optimism for businesses operating in the region. With the public sector facilitating the establishment of Africa’s biggest economic bloc – that may culminate in a Free Trade Area spanning Cape to Cairo – the next great investment destination for 2017 may very well be Africa.

Take the example of agribusiness, which has and always will be at the centre of growth in the continent. Recently, the continent has seen a surge of innovations that are accelerating agricultural productivity. For example, new platforms are providing farmers with information on commodity prices, the availability of buyers and sellers, and guidance on best practices in harvesting and disease management.

Four signs that things are looking up in Africa

The rise of these innovations speaks to the progress and potential of Africa’s economy more broadly, its people and their ability to identify localised solutions for growth. But this isn’t the only clue as to Africa’s potential.

In fact, I see four key trends driving large-scale private sector growth on the continent. These trends are not only shaping the strategies for existing companies but have also influenced the nature and appetite for joint venture projects across the continent.

For a long time, development practitioners have emphasised need to give more attention to the processing of raw agricultural produce rather than exporting unprocessed agricultural commodities. Indeed, African governments have been promoting value addition for economic development for years, and yet there are still plenty of investment opportunities.

Over 80% of value in the global food industry is in value-added components such as sorting, cleaning and packaging fruits and vegetables. The various forms of value-addition provide opportunities for the private sector to expand their commercial activities and access higher-value markets, either for domestic consumers or exports.

Not only do they provide employment at all levels, but they have proven time and time again to drastically change the economic landscape of countries. A brilliant example of this is Kenya – the export value of fresh vegetables grew by as much as 250% after it stopped simply exporting raw material and started incorporating value-added tasks such as cleaning, packaging and freezing products.

Similar to the fruit and vegetables sub-sectors, Africa’s cotton and apparel value chain have joined forces to integrate the global textile supply chain. In South Africa, the Aid by Trade Foundation entered into a partnership with the African Cotton and Textiles Industries Federation to promote the sustainable cotton and textile industry in sub-Saharan Africa. The objective of this partnership was to increase productivity, competitiveness and sustainability of cotton production, and thus strengthen textile production in Africa.

In Tanzania, the MeTL Group started out with cotton ginning operations for export. We then opened four textile factories for spinning and weaving of cotton in Tanzania and Mozambique. Today, we have launched our first ever garmenting factory which manufactures school uniforms, T-shirts and several cotton-apparel by-products.

With its growing population and increasingly skilled labour force, Africa is ideally placed to benefit from processing and value-addition across the agro-processing sub-sector.

Africa is home to one of the world’s fastest-growing populations and an exploding middle class with more disposable income than ever before. As a result, there is high demand for fast-moving consumer goods (FMCG), such as apparel, hygiene products, food and electronics. Currently, almost all these products are still being imported.

FMCG retailers tend to operate in low-margin environments, and as a result, large markets are crucial to their growth and success. With a rapidly growing continent and changing livelihoods, the potential for private sector actors in the FMCG space is promising for 2017 and beyond. McKinsey projects the growth of these consumer-facing industries will surpass US$400bn by 2020.

Over the past few years, several African entrepreneurs have started local production using locally available material in manufacturing soaps, edible oils, household cleaning products, and even school uniforms. From local companies like Del Monte Kenya Limited, Tongaat Hulett, to foreign conglomerates like Unilever and Procter and Gamble, Africa’s FMCG sector has provided plenty of business opportunities, and there are some who say this could be the next “gold rush”. US retail giant Wal-Mart’s recent $2.5bn dollar investment into South African retailer Massmart points that way.

McKinsey have described this sector as the “single-largest business opportunity in Africa”. If these figures from the A.T. Kearney 2015 African Retail Development Index (ARDI) are anything to go by, that prediction is accurate.

3. ‘Bottom of the pyramid’ consumers

Despite rapid socio-political advancements in Africa, only around half of people there earn more than $4 a day. While in Africa this might be categorised as “middle class”, manufactures locally and globally would still label them as low-income consumers, or the bottom of the pyramid (BOP) market.

The competitive advantage of African owned and run businesses is that, unlike their foreign counterparts, they understand the purchasing decisions of the world’s more than five billion low-income consumers, which gives them a competitive edge.

When CK Prahalad’s published The Fortune at the Bottom of the Pyramid, he was speaking directly to the many African entrepreneurs that understood the world’s poor and their untapped buying power. Companies on the continent are learning how to serve these consumers while making money in the process.

Single-use and/or low-cost products have been experiencing solid demand. Products like SC Johnson’s individual mosquito coils for $0.01 and returnable 200ml bottles of Coca-Cola continue to be profitable because these companies have invested heavily in the logistics needed to reach BOP consumers, and have carried out market research on the packaging and disposable income required for poorer consumers to be able to buy their products.

Export-led growth has been a successful strategy for several developing economies. Through incentive programmes and policies, African governments and multilateral donors have encouraged exports, which have allowed companies to further diversity their operations and reap the financial benefits.

For a long time, the continent was not able to meet global export requirements. However, with the multiplicity of opportunities today – increased market linkages, partnership support, consultation, information sharing and tailored training for export trading – we’ve been able to take advantage of the global demand for African exports.

With a growing world population and an imminent danger of global food shortages, Africa is well poised to become the breadbasket of the world. Africa’s exports will be critical to our development as a global society. The graph below illustrates the importance of commodities to different economies (dark blue and orange areas). These exports that continue to dominate many national economies will become extremely important in the growth of Africa’s private sector in 2017 and beyond.

These four trends have been a long time in the making, but after a slow 2016, it looks like 2017 could be a good year for all those doing business in what is now one of the most exciting and dynamic regions in the world.

Mohammed Dewji is the president and CEO of Tanzania-based MeTL Group. This article was originally published by the World Economic Forum.