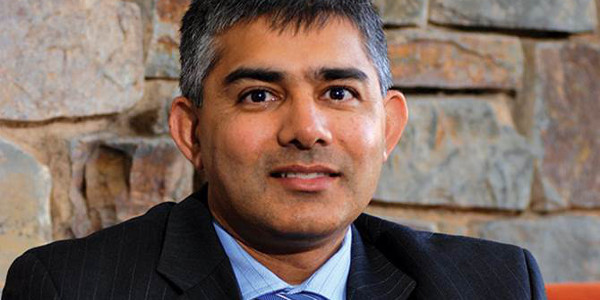 South Africa’s Budget 2016 is probably the most eagerly-awaited Budget in the last 20 years. Globally there is a crises of growth – with Europe faltering and China’s growth also slowing down. In addition, emerging markets are also generally slowing down, including sub-Saharan Africa, which used to be one of the better performing regions. The region at some point was growing at five percent GDP growth, but has now slowed to 3.7% GDP growth.

In South Africa, business confidence is low, with the country also experiencing currency volatility, rising interest rates and a slowdown in growth – with forecasts showing that growth is expected to be below 1%.

However, compared to other emerging markets, South Africa is performing better in terms of national debt/GDP at 39%. India is at 66%, Brazil at 59%, Thailand at 46% and China at 41%.

Emerging markets are also dealing with the challenge of low economic growth, which has weakened their currencies. For South Africa the currency has, on a year-on-year bases, weakened by 33%, with Brazil also at 33%, Turkey at 25%, Russia at 24% and Mexico at 13%.

South Africa, like the rest of the world, is grappling with economic headwinds, and to get out of the trouble the country needs the Finance Minister to deliver a Budget that is going to instil confidence in every sector of society, to support the measures to be put forth in the budget.

Global credit rating agencies are watching the country, especially the State of the Nation Address and Budget speech, before deciding on their next move, which might be reducing South Africa’s credit rating to junk status.

This will affect the country’s plans in areas such as growth, stimulating investment, advancing transformation and increasing social spending, as access to cash will be expensive and limited.

A clear statement has to be made that this is a growth-led Budget, since a purely austerity Budget will not help – savings alone will not get the country out of trouble.

Furthermore, a message must be sent out that there will be continued engagement between business and government – with labour also brought into the equation as its voice also needs to be heard.

In addition to stimulating growth and protecting the country’s credit rating, the Minister of Finance is faced with the task of cutting costs and reducing debt.

In terms of the tax mix in the country, about 80% of the tax comes from corporate tax, personal tax and VAT.

Therefore, to raise revenue, all three tax categories must be considered. VAT is the most likely to work, however it remains the most politically difficult decision at this time.

South Africa has a low VAT rate by global standards (which averages around 18%) and low when compared to its main trading partners. Most of the food and other items consumed by the poor are already zero-rated. Those items that are not zero rated could have targeted interventions for poverty relief.

Therefore, in addition to increasing the sin taxes, VAT should also be increased. Reports indicate that if the VAT rate can be increased by 1%, revenue can possibly be increased by between R15bn (US$983m) and R20bn ($1.31bn) – which will make a massive difference to the fiscus, and might also please the ratings agencies.

Other possible taxes that could be increased to help government bridge the fiscal gap are corporate tax rates and capital gains tax. While increases have obvious benefits, the higher tax rate will make South Africa a less attractive investment destination, which means that in the longer term the country will attract lower FDI flows. Consequently, there will likely be no changes to the corporate tax rate.

Alternatively, tax can be used to incentivise businesses to invest in the country in areas such as manufacturing and entrepreneurship, as well as in the digital economy, especially as, around the world, digital is transforming economies. In addition, the Minister will have to say something around power generation and the acceleration of the use of mixed power sources in the country.

As this should be a growth-led Budget, it will be necessary to work towards the stimulation of innovation, as well as entrepreneurship as entrepreneurs create jobs – which could also possibly result in greater tax breaks for start-up companies.

With South Africa currently experiencing its worst drought, the issue will probably also feature prominently in the budget, together with poverty, which is a major talking point as the country will be forced to import grain, which will lead to a massive outflow of foreign exchange.

However, the economy can take a positive turn should government find ways of achieving positive growth in the midst of the current economic headwinds – this done together with business and labour in partnering for progress.