Entrepreneur Alpesh Patel was born in Uganda after his family relocated from India, but moved to the UK during the Idi Amin regime. After completing university, he started selling mobile phones to the Chinese and made his first million at the age of just 23. 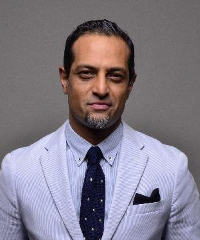 He later relocated to South Africa, and eventually ended up working for Motorola in Africa. But in 2008, decided to quit his job to start his own pan-African mobile phone brand, Mi-Fone. The company manufactures low-cost handsets, and within its first five years sold over 1.5m devices across the continent.

Patel is also the CEO of Mi-Group and Oju Africa, which launched the world’s first African emoticons this year. How we made it in Africa recently caught up with him to find out what tips he has for other entrepreneurs on the continent.

1. Be brave and take the leap

“So if you have a vision, and you don’t execute on it, then you are just daydreaming,” he explained, adding that entrepreneurs have to be brave.

“A lot of people are scared to go and do their own thing. But if you think about it, you have one life to live… and I think that is what defines entrepreneurs – we have a lot of balls.”

2. Know the industry backwards – be an expert

“I’ve known this business for many years, and I think that is what makes you – having that background.”

Patel says his years in the mobile phone industry gave him the necessary knowledge needed to start his own brand, such as an understanding of the market, supply chain and how the retail industry differs in African markets. “You need to have insight into your industry so you know who the players are, how competitive your offering is, and what is your niche.”

3. Have your own skin in the game

According to Patel, the worst business advice he has ever heard is that entrepreneurs should build a company using other people’s money.

“I think that is a lot of crap. If you don’t have your own skin in the game, you will never have accountability. Today a lot of companies fail because the CEOs have no accountability. They just come to work, get a nice package and then go home, and that is it. But they don’t have their own money down. Once you have your own money on the table, you are just more careful,” he emphasised.

“So if you are going to start your own business, put your own money down.”

Patel started Mi-Fone using his life savings, and to date the company has never received any venture capital or private equity investment. For this reason, Patel said failure was never an option for him. “If I fail, I don’t eat. It’s very simple.”

4. Generate revenue from day one

Running a successful startup is difficult no matter where you are in world. But, in Africa, entrepreneurs typically have even less access to financial assistance and supporting infrastructure to help them succeed. Patel noted that African entrepreneurs, especially those who started a company using their own personal savings, do not have the luxury of failure. They therefore need to plan more strategically to reduce that chance of failure.

“Failure for us is not an option in Africa. We don’t have the benefit of having a Silicon Valley bailout structure. If you fail, you fail… so we have generated revenue from day one. And that is what helps us pay our bills.”

“The day we opened in 2008 we had our first order from an operator in Ghana. And the reason was because we did not have an ego.”

Patel explained Mi-Fone had to offer clients something many of the big brands would not. “We found our niche quickly and that was in customisation. We told the carriers they can put their labels on our phone because I know Nokia and Samsung would not do that. And we used that as a way to play to their ego,” Patel said.

“So I think that as an entrepreneur starting off, you have got to eat some humble pie. You have to make sure that you don’t have an ego. It’s good to have attitude, but don’t be arrogant. And I think that is one way to be in the game. And the most important thing is getting sales. Because without orders, you don’t fund your business.”

A strong team that understands the business is another reason Patel believes Mi-Fone is where it is today.

“The trick is that we really maximise our people, making sure everyone multitasks so they sample a bit of each part of the business – that way they understand the business,” he explained. “This is where I think many big companies make a mistake. They just put their people in little cubby holes, and that is their [only] job.”

7. Learn the art of communication

Patel said entrepreneurs need to be able to communicate what their company can offer investors, their target market and their potential partners. If they are not natural communicators or speakers, they should develop their skills, for example through taking a public speaking course.

“You have got to have a personality behind your company… And you have got to commercialise whatever you have got. Even if you are a technical whizz kid, if you cannot sell your product, how are you going to make money?”

Finding the right business partnership is not only about the best financial deal. Patel said he looks for strategic partnerships that will help grow his business. “It’s about the strategy. How can I grow with them? Can they take me to new markets? So you have to pick your partners carefully, but always try to make sure that it’s a win-win combination.”

Six years after launching his company, Patel says he still works as hard as the day he did when he started – which can be as many as 18-20 hours a day, even on weekends. “It takes 10 years to build a proper business; we are not even there yet. Entrepreneurs are going to have to spend at least three quarters of their day on their craft. Get your craft right.”

Even on a holiday Patel never truly stops working, so advises entrepreneurs to create a work life they enjoy. “Set up the kind of life where you don’t have to actually get away from it. When I travel I’m still working, but at the same time I’m having fun.”

When Barack Obama, whose father is Kenyan, first became US president, Mi-Fone released the Mi-Obama phone. “I figured that if you could put Obama on a T-shirt and on a coffee mug, you could put him on a phone,” explained Patel.

The phone was launched in Kenya due to the “emotional affinity” the population had to Obama, and according to Patel the company sold 8,000 in just four days. However, he emphasised their success was not in the number of sales they made, but in the two million web impressions they received from its launch.

With no advertising budget for billboards to compete with the likes of Samsung or Apple, Mi-Fone had to find innovative ways of getting its name out. “So what did we do? We just piggybacked on what was hot.”