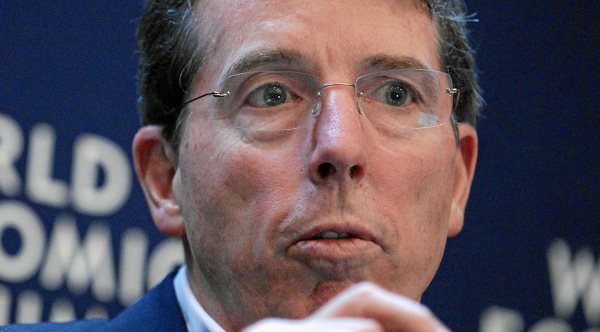 “We have absolutely no concerns that the underpinnings of ‘Africa Rising’ – if I can use that shorthand – are reversing. It’s more about demographics than it is about oil,” said Bob Diamond, former Barclays boss and co-founder of Atlas Mara, at the World Economic Forum in Davos this week.

Atlas Mara is an Africa-focused financial services investment group that Diamond founded with Dubai-based businessman, Ashish Thakkar, in November 2013. The business has since made eight acquisitions in seven sub-Saharan African countries, with the most recent being concluded in Rwanda this year.

In an investment of around US$21m, Atlas Mara has bought a majority stake in Banque Populaire de Rwanda (BPR), and merged it with the commercial arm of the Development Bank of Rwanda (BRD), which the firm acquired in 2014. The merger makes BPR Rwanda’s second largest bank by assets, and first in terms of number of bank branches – now at 190 across the country.

Diamond hinted that there is potential to expand regionally. “The East African Community is 250 million people… All in all we couldn’t be more delighted with the position that we have, and the opportunity this presents going forward to be a key part of not just sub-Saharan Africa, but even more the East African community.”

The firm has also located its R&D hub in Kigali.

Diamond said that while current global economic conditions have posed challenges for African markets, this has not deterred him from investing in the continent.

However, investors have not been so optimistic. Shares in Atlas Mara – listed on the London Stock Exchange – have fallen around 60% since its December 2013 initial public offering.

“As a result of strong and multiple challenges, we believe sub-Saharan Africa banks are likely to face slower growth, weaker earnings, worsening asset quality and tighter liquidity and capitalisation,” stated the agency in a release.

Barclays’ new CEO, Jes Staley, is said to be considering selling the firm’s stake in Barclays Africa Group which houses much of its African business.

Atlas Mara, on the other hand, has acquired banking operations in Botswana, Zimbabwe, Zambia, Tanzania, Mozambique, Rwanda and Nigeria, and Diamond said he hopes to expand this to “10 to 15 key countries”.