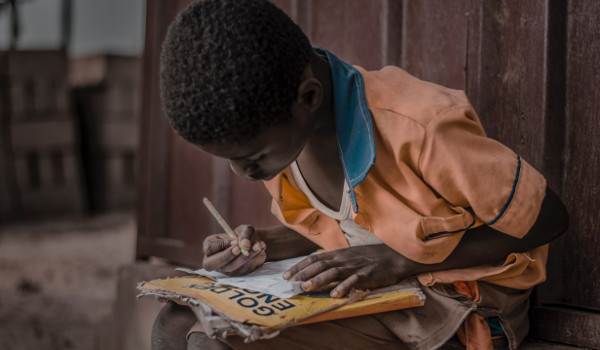 The successful launch of the Impact Bond Innovation Fund (IBIF) in the Western Cape paves the way for the use of innovative financial mechanisms and public private partnerships to boost public service outcomes in South Africa.

The IBIF, a first for the global South, has been set up to drive early childhood development (ECD) targets in the Cape. It is the culmination of more than four years of research and discussion between the Western Cape Department of Social Development (DSD) and the Bertha Centre for Social Innovation and Entrepreneurship at the UCT Graduate School of Business – along with several other NGOs and stakeholders.

“Our focus has been on working with government and private stakeholders to align intent and attract additional funding through a mechanism built for increased accountability to strengthen services in the sector for the good of key beneficiaries,” says Dr Susan de Witt, innovative finance lead at the Bertha Centre.

“In initial talks with provincial government it was immediately clear that ECD was an important area which was underserviced and fragmented, making it a good fit for this pilot project,” she adds.

“An investment in ECD – the first five years of a child’s life – has been shown to yield higher returns in terms of human development than the equivalent investment in primary, secondary or even university education.”

Social impact bonds, also sometimes called pay-for-success instruments, were pioneered in the northern hemisphere, but are also suited to emerging markets and public private partnerships, says de Witt, whose Bertha Centre team has pioneered the use of such funds south of the equator.

A social impact bond typically involves an agreement between a government and service providers, such as social enterprises or non-profit organisations, and investors, to pay for the delivery of pre-defined social outcomes. Socially-motivated investors shoulder the risk knowing that repayment is dependent upon the meeting of agreed targets.

“It is a model that measures, in this case, the impact of ECD interventions  on the child,” explains de Witt. “This focuses everyone’s attention on what we ultimately want to achieve – for example, has the child hit the appropriate development milestones and are they ready to learn by the time they get to school – rather than focusing on pragmatic issues such as funding for staff, teaching time or building materials with a hope of reaching targets.”

She adds that the IBIF entails a systematic, methodical collection of data that enables decision makers to improve the programme in real time and gives service providers the flexibility to respond contextually to issues on the ground.

The IBIF is being implemented by the Western Cape Foundation for Community Work (FCW), and is managed by an intermediary partnership between Volta Capital and mothers2mothers. Volta – an international impact investment advisory firm – oversees the investment side. While mothers2mothers – an African NGO with 17 years of experience implementing large-scale, community-based development projects – is responsible for performance management, while helping build capacity of the implementer in its community work.

The government entity at the heart of the transaction is the Western Cape Department of Social Development (DSD), which has entered into a matched funding arrangement with ApexHi Charitable Trust. The transaction is supported by a coalition of investors: The Standard Bank Tutuwa Community Foundation, Futuregrowth Asset Management, and LGT Venture Philanthropy.

The IBIF is projected to reach 2,000 children through home visits over a three-year period. The roll out of the project will be carefully monitored. “The instrument will produce data government can scrutinise to develop contracting and performance management insights – learnings that should benefit the rest of the ECD portfolio and other critical social services,” says Barry Panulo, senior analyst at the Bertha Centre.

Panulo said that the team began assessing the potential to apply social impact bonds and similar approaches in emerging markets in 2013.

“We established, and this mechanism is now demonstrating, that it is possible to develop and implement social impact bonds within the existing South African public procurement framework” says Panulo.

In pioneering the IBIF, the Bertha Centre also partnered with Social Finance, and has been supported by the LEGO Foundation and Innovation Edge to develop this project and others.

The work at the Bertha Centre has not been confined to this project. They are also currently working with National Treasury in assessing whether these contracting tools do in fact provide better value for money, by piloting a couple of projects over the next year. There are also other independent initiatives in the market place that have taken off or are under design including the Bonds4Jobs launched by Yellowwoods Investments with Harambee and another with the Medical Research Council tackling HIV in adolescent girls and young women.

“There are lessons to be learned through these projects which help us draw on the strengths of the public and private sectors to solve intractable social and environmental problems,” says de Witt, speaking from New Delhi, India, where she was attending the Global Summit 2018 of the Global Steering Group for Impact Investment.

“The global dialogue on social impact bonds has moved towards the setting up of outcomes funds. This would enable one to contract multiple service providers simultaneously while reducing transaction costs which have been high to date. There was a lot of talk about outcome funds at the summit, where a billion dollar education fund for Africa and the Middle East was announced,” de Witt concluded.