Australia-based mining company Base Resources is this December set to begin exporting titanium deposits from its Kwale mine, situated at Kenya’s south coast, in what will be Kenya’s first large-scale mine beginning output. 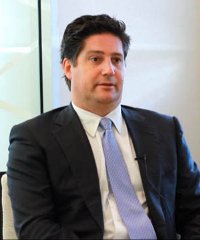 The Kwale mine is estimated to have 140 million tonnes of titanium.

Base Resources, through its Kenyan subsidiary Base Titanium, will produce 80,000 tonnes of rutile per year, or 14% of the world’s supply, 330,000 tonnes of ilmenite and 40,000 tonnes of zircon, when its US$300 million Kwale Mineral Sands project is fully operational.

According to Base Titanium managing director, Tim Carstens, the exportation of these extracts will mark “Kenya’s emergence as an important supplier to the world market”.

Rutile, which is composed of titanium dioxide, is an important pigment for industrial, domestic and artistic applications. Zircon is mainly used in the ceramics industry, while ilmenite is related to titanium.

“Construction will be complete in August this year. Plant commissioning will take place during that period and that leads us into production and the first shipment is expected to go out before the end of this year,” said Joe Schwarz, Base Titanium’s general manager for external affairs and development.

According to Schwarz, the mineral deposits will be exported to the US, Japan, Saudi Arabia and some parts of Europe. The firm has received a five year commitment from an American company for the purchase of the entire rutile deposits to be extracted, while supply agreements for the ilmenite and zircon extracts are underway.

“Exploration on the northern part of Mambrui and Kilifi have been commenced and work has been done on those periodically for a number of years, but we need to bring exploration there to a level which will allow us to conduct a feasibility study and determine the viability of those projects. We do not know the potential in enough details,” Schwarz told How we made it in Africa during a site visit in Kwale.

Schwarz said the firm intends to “bring another project in the next five or six year horizon”.

Kwale’s production will boost Kenya’s mineral sector contribution by 167% to $240 million, making minerals the fourth most important export community, elevating it above coffee. According to Base Titanium, Kenya will earn between US$260 million to $300 million through royalties and direct taxation over the project’s thirteen year life.

The experiences of Base Titanium can also be seen as a barometer of how easy or difficult other foreign investors will have it in Kenya, following recent discoveries of oil, gas, gold, copper, zinc and coal deposits, which mostly remain underexploited and are attracting global attention.

Kenya’s attorney general Githu Muigai later advised Base Resources that the local ownership rule would only apply to mining licences issued after the regulation came into force in mid-October 2012.

In an interview with How we made it in Africa in May last year, Tim Carstens said the company was looking at the feasibility of listing on the Nairobi Securities Exchange to allow participation of local investors.

“We have always wanted to get Kenyans involved in the project. We spoke to people in the early days when we were looking for investors, but we couldn’t find anyone who had sufficient comfort with mining to take that step. Recently we have started getting local people asking how they can invest,” said Carstens.