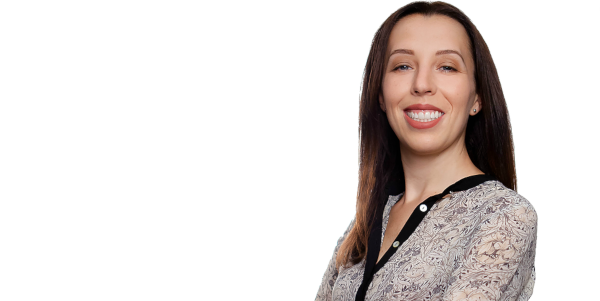 For more than 30 years, governments and international development organisations have followed the same recipe for formalising the world’s informal economy; enacting new legislation and regulations or abolishing those that get in the way of the process.

Yet despite their efforts, 93% of the world’s informal employment is still found in emerging and developing countries, with 85.8% of employment in Africa considered informal. In Kenya, sub-Saharan Africa’s fifth-largest economy, the informal sector – commonly referred to as Jua Kali – is the country’s main job creator. According to the 2019 Economic Survey by the Kenya National Bureau of Statistics, Jua Kali was responsible for 762,100 of the 840,600 new jobs created last year. The ‘gig economy’, a new concept in developed markets, has been the norm in developing economies for decades.

By 2035, Africa will contribute more people to the workforce each year than the rest of the world combined. By 2050, the continent will be home to 1.25 billion people of working age. In order to absorb these new entrants, Africa needs to create more than 18 million new jobs each year. Given the urgent need to provide jobs and livelihoods to Africans, it is time to examine the conventional wisdom that informal markets must transition into formal markets. Development finance institutions (DFIs) and private investors in African markets can play a critical role in both advancing Africa’s gig economy and changing the narrative that growth in informal markets is incompatible with sustainable development.

Across African markets, companies are pioneering business models that bridge the formal and informal sectors; in these models, each company is a formal entity but can mobilise large numbers of informal actors in their supply chains or service delivery. While this has been done in dairies in Kenya and at coffee and cocoa outgrowers across the continent and in other sectors for nearly a century, the penetration of mobile phones has enabled a new breed of African companies to monetise their ability to organise and inject trust into fragmented informal markets. However, unlike Uber or Airbnb, which disrupted largely formal sectors, many of Africa’s new ‘gig economy’ firms are writing the rules for whole new industries in local markets.

Perhaps the most high-profile example is Safaricom’s M-PESA. Since its launch in 2007, M-PESA, a mobile payments system developed by Kenya’s largest telecoms operator, has enabled millions of informal sector workers to move money at lower cost, which has provided a significant boost to the Kenyan and Tanzanian economies. Another, more recent example, is Nigeria’s Cars45, operated by Frontier Car Group. Nigeria’s $12 billion used car industry is largely informal and characterised by distrust, a lack of standardisation and the absence of a structured dealer network. Cars45 facilitates the buying and selling of used cars by pricing and rating their condition transparently and conducting online auctions. Many sectors throughout the continent remain highly informal and would benefit from these types of bridges into formality. These ‘bridge companies’ are going to define the future of employment in African countries.

DFIs are ideally placed to invest in bridge companies in African markets, given their long presence and in-depth engagement with local financing environments. The International Finance Corporation (IFC) and the UK’s CDC Group already invest in technology-enabled start-ups, and others, including OPIC, are adapting their strategies to be able to do so. Many of the continent’s most promising technology-enabled bridge companies are starting to raise funding large enough to attract the attention of DFIs. Frontier Car Group recently raised $89 million, Kenya’s Twiga Foods raised $10 million, and Nigeria’s Kobo365 has raised $6 million. Overcoming a dearth of funding remains one of the highest barriers for African entrepreneurs, and the development impact of investing in those that improve employment is enormous.

The gig economy comes with limitations. Lack of legal rights, limited career progression, stagnant pay and a lack of benefits are just some of the issues that will need to be addressed in an ‘Uberised’ world. These challenges, plus the day-to-day economic uncertainty, make the informal sector far worse in many ways than the formal. Bridge companies – because they are registered, and have a public brand and centralised management – can be pressured into addressing issues around workers’ wellbeing. Studies into the financial behaviours and needs of low-income families by BFA, a consulting firm specialising in financial inclusion policies, found that workers often aspired to ‘gig economy’ jobs but hated casual labour (such as waiting on a corner to be hired for the day) because of the lack of reliability and predictability.

The future of work is changing and the mass job creators of today will not be able to meet the needs of tomorrow’s workforce in the same way. Bridge companies are pioneering new ways of injecting efficiency and higher productivity into traditional informal markets. Investing in this trend is critical to solving Africa’s pressing job creation need.