South African companies are increasingly looking at the rest of Africa and all the opportunities it offers. GDP growth, a young population and rising disposable incomes are part of the attraction. However, according to Michelle Sprackett, partner at South African management consultancy PSP Icon, expansion into Africa requires research and understanding. 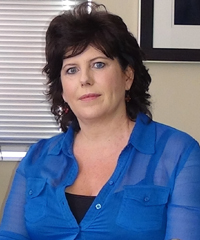 In an interview with How we made it in Africa, Sprackett explains that arrogance and ignorance are the biggest mistakes South African business can make when expanding into Africa.

Which markets do you find usually hold the greatest appeal for South African companies?

Well it totally depends. I have done some big corporate launches in other African countries and my own experience was in the financial services sector but I think what is becoming increasingly attractive – apart from obviously the big mining boom with oil and gas finds in Uganda, Tanzania, Nigeria and so on – is the growing consumer market. There is a lot of urbanisation happening across Africa and you are getting a lot more people with more disposable income, more discretionary income, that are starting to enter that big consumer market.

I read an interesting statistic the other day that was talking about how half of Africa’s population are under the age of 25. I thought that was an interesting stat because it also tells you the kind of market you are starting to target as well. It’s not an older market; it’s a new market with access to mobile phones so they know what is hip and happening. I think in the past there was a sense that people would just dump goods in Africa with a “oh well, we will just dump second quality goods in Africa”. That’s fast fading away because people are becoming far more aware and consumer orientated. So I think that’s where it’s happening. I think the big boom has been driven by the influx of money around the mining industry, but consumerism is definitely starting to pick up.

What are the biggest mistakes a South African business can make when expanding into Africa?

Not doing enough research. I think a lot of South African companies – dare I say it – have a bit of arrogance where they think that what works here in South Africa is going to work elsewhere. They feel as if they can do this cookie cutter approach of “oh we will just cut and paste almost what we have done in South Africa and replicate it elsewhere”. That tends to cause huge problems because then you run into all sorts of problems around culture, different market needs – what suits one market may not suit another – and that’s where a lot of businesses make their first mistake.  So I think spending time on the ground and getting to understand the market, and how it differs from the South African market, is one way to overcome that particular mistake. So it’s understanding the local consumers. Don’t be ignorant, find out as much as you can about the country that you are wanting to launch into. And also spend some time on the ground. I mean I know from personal experience, having launched a financial services company in another [African] country, it’s only when you are on the ground and starting to network with the right stakeholders and they are getting to know you, that you can actually get traction.

Other mistakes are overestimating the amount of skilled labour there is on the ground. In Africa there is a lot of labour, but it’s not always skilled labour and the challenge comes with finding that labour on the ground whilst at the same time complying with legislation around localisation. In my experience, trying to find that balance between getting the skills you need to run your business whilst at the same time trying to satisfy the localisation requirements is also a challenge.

Can you give us an example of how business strategy for South African companies should differ when expanding into other African countries?

I think it comes back to what I said about understanding the local market, even if it’s just a country across the border. What I have found is that there is some sense of arrogance on the part of South African companies, not all, but some of the big corporate companies who think that what applies here will apply somewhere else. So again I think the bottom line is just understanding the environment that you are playing in and making sure that you get to know the role players… Once you have done that, and you can adapt your strategy accordingly, and the sky is pretty much the limit.

Is there such a thing as instant success for businesses in Africa, or is success only ever achieved in the long term?

It depends. You have some countries, like in Rwanda apparently, you can open up and register a company in about a month. In Kenya, to register a company, I have heard stories of up to 18 months. So that’s just to register a company, and that differs from country to country. Again it depends on what kind of market you are wanting to play in. Generally businesses do take a little bit longer [in the rest of Africa] than they do in South Africa, but often that is the result of people not doing their homework sufficiently. So if you do your homework sufficiently upfront, you can reduce those timelines in terms of how fast you can get to the market. If you know how to play the game and you know the rules, it’s easier to stop the amount of rework that often happens when people don’t understand the market.