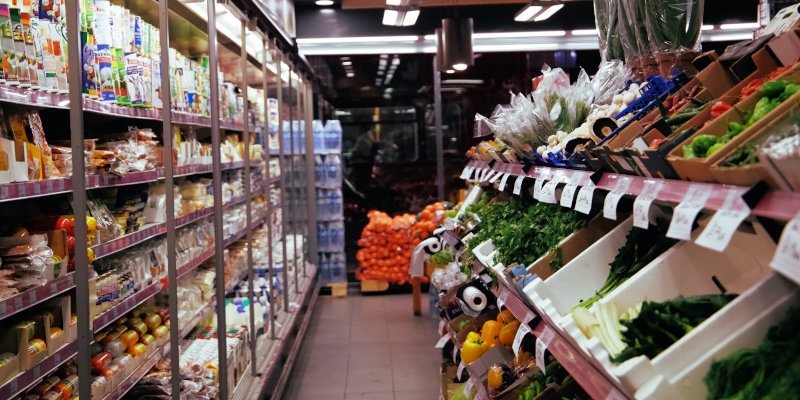 Farmers in Africa can expect better days as the continent’s fast-growing cities guarantees and expands the market for their agricultural produce, according to a report that digs deep into Africa’s food chains.

The centre of gravity in Africa’s agri-food systems is shifting inwards and towards towns and cities, the 2020 Africa Agriculture Status Report (AASR) suggests, with farmers who rely on overseas exports likely to benefit from markets that are closer to home.

The report shows Africa’s cities currently provide the largest and most rapidly growing agricultural markets on the continent, with most food consumed by those markets already produced in Africa, pointing to healthy – and fast-modernising – supply chains.

Out of total urban food sales of roughly 200 to 250 billion US dollars annually, over 80% comes from domestic African suppliers.

“In the coming decades, demographic projections forecast rates of African urbanisation as the highest in the world. Today – and even more so tomorrow – Africa’s rapidly growing cities and food markets offer the largest and fastest-growing market opportunity available to the continent’s 60 million farms. One-half of these farms involve young people, contrary to widely held perceptions,” read part of the Alliance for a Green Revolution in Africa’s (AGRA) AASR report.

While Africa is likely to almost cease the export of key food commodities overseas in order to respond to rising domestic needs, it will continue shipping tropical commodities such as cocoa, coffee, tea, flowers, and cotton.

“Given the emphasis on the higher value of these growing market segments, both African farmers – and supporting partners like AGRA – will need to diversify their portfolios out of starchy staples and into high financial and health-value products, as well as value addition activities in the food system. This recognises both farmer aspirations and the continent’s increasing burden of unhealthy diets,” the alliance’s president, Agnes Kalibata said.

According to the African Development Bank, the continent’s potential for agricultural production is enormous, being host to 60% of the world’s unused arable land.

Trade within Africa will also bolster food security on the continent, with the 2020 Africa Agriculture Trade Monitor (AFTM) indicating there is room for expanding intra-African trade by further opening countries to extra-regional trade flows.

Intracontinental flows showed an expansion of the export shares of emerging cash products and processed food products while the shares of more traditional export products are contracting.

AFTM shows Africa has also grown its share of processed food such as soups, broths, and food preparations, reflecting growth in processed food consumption, along with demographic shifts, growing urban food demand, and changing lifestyles and habits in rural areas.

Other products among the top 20 commodities traded intra-regionally include rice, cattle, apples, vegetables, sweeteners and fats, beverages, and traditional non-food products such as tea, coffee, palm oil, cotton, and tobacco.

Meanwhile, expansion in manufacturing activities in Africa is expected to attract demand for traditionally exported raw food and fruits, like citrus from South Africa.