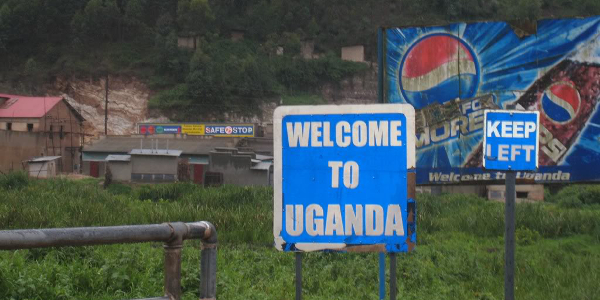 African leaders frequently pay lip-service to the virtues of regional integration but have yet to implement any meaningful change.

One green shoot is the one-stop border post (OSBP) concept, where two countries jointly operate a border crossing to remove the usual, more time-consuming two-step process. Backed by some of Africa’s most influential economic blocs, the second edition of the OSBP Source Book was launched in March and has been lauded as an important toolkit to help governments improve cross-border trade.

However, much more is required if Africa is to solve its regional integration issues and live up to its promise.

Efforts toward regional integration have been hampered by high trade barriers, increasing the cost and difficulty of doing intra-Africa business. The continent’s percentage of intra-regional trade is only 25% of total exports, compared with 50% in Asia and 70% in the EU.

Improving trade on the continent could bring down the price of basic items, providing relief to Africa’s poorest. However, IMF head Christine Lagarde recently warned Africa not to rush the process, citing the dangers of Brexit as an unforeseen consequence of integration.

Efforts to integrate have floundered

The Tripartite Free Trade Area (TFTA), launched in June 2015, was a significant step towards merging existing regional organisations into a single African Economic Community. The TFTA includes 26 countries and is supposed to cover over 600 million people. Only 18 of the 26 countries have ratified the agreement however, stalling progress.

SADC adopted a comprehensive integration plan in 2003, detailing certain milestones – such as becoming a customs union by 2010 and having a single currency by 2018 – but progress has also been slow.

Economic integration can serve as an incentive for foreign direct investment and help allocate production to countries with a comparative advantage, which will lead to specialisation and increased output.

Africa is the most fragmented region in the world, with almost half of its 54 countries having small economies and populations of under 10 million. The economies of scale play against these countries. By fostering regional integration, minor African nations can become part of the global value chains that increasingly characterise world trade.

A burgeoning problem is the growing trend in Africa to support locally-made products at the expense of foreign competition. This is done using import and foreign exchange restrictions.

Zimbabwe’s imposition of import bans on certain items from South Africa caused enough outrage domestically that the new rules were partially repealed. But the move highlighted a worrying trend amongst African governments closing their borders to free trade.

The fear of dominance

Pan-Africanism has always been tempered with strong nationalistic tendencies. The continent’s economic super powers must convince their fellow Africans that cooperation is mutually beneficial – difficult to do on a continent where leaders have historically been very reluctant to relinquish any power to a supranational body or have their sovereignty compromised in any way.

A recent survey by Afrobarometer found that 37% of Africans think that governments should restrict the cross-border movement of people and goods to protect citizens. A mindset change might therefore be one of the largest obstacles to overcome if the continent really wants to change.

Mark Winter is an analyst at RisCura.