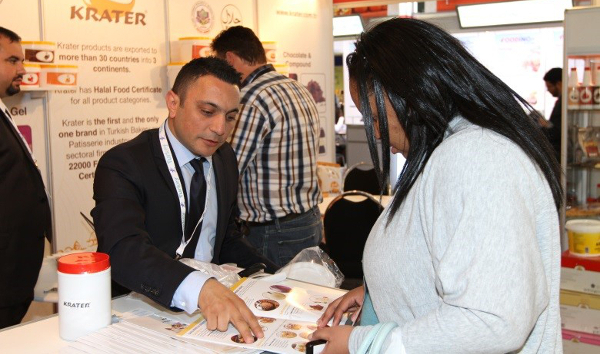 The continent’s biggest food and beverage expo, Africa’s Big Seven (AB7), is playing an ever-greater role in showcasing the vast variety of halaal products available from around the world at its renowned halaal pavilion. Next year’s AB7 takes place from 19 to 21 June 2016 at Gallagher Convention Centre, Midrand.

“The steadily-rising demand for halaal products reflects the strong growth of the global Muslim population – about 1.6 billion people in 2010, which will grow to 2.2 billion by 2030,” says AB7 show organiser John Thomson of Exhibition Management Services. “There are 75 countries in the world with Muslim populations of over one million people.”

The size of the world halaal market was estimated at US$1.1tr in 2012, and is forecast to reach $1.6tr by 2018, according to a report commissioned by the Dubai Chamber of Commerce. As a collective category, halaal is the third largest after China and India.

Despite a relatively small Muslim population, South Africa has become a leading producer of halaal products worldwide. It has a comprehensive halaal certification programme and about half of all retail food and beverage products are halaal certified.  South Africa is also a key gateway supplier to African halaal markets.

There are a number of big projects underway which will further boost the halaal industry.

The Western Cape Provincial Government plans to establish a $63.6m (R1bn) halaal agro-processing food park in the province, which will consist of food and beverage manufacturing and service provider companies in the halaal industry. The halaal Park is expected to create 5,000 jobs and generate $318.1m (R5bn) for the economy over the next five years. KwaZulu-Natal is also considering establishing a similar park.

“AB7 will provide initiatives such as these a unique platform to access markets in Africa and the rest of the world”, says Thomson. “It is the ideal business networking and product showcase event for halaal manufacturers, suppliers and service providers from Africa and around the world to explore the many opportunities in Africa’s halaal markets.”

AB7 2015 attracted over 260 exhibitors and over 13,500 visitors from 72 countries. 27 of these countries were African – including Benin, Ethiopia, Gabon, Mozambique, Nigeria, Tanzania and Tunisia. More than 20% of visitors were at the show to procure halaal products.

A recent study by the Dubai Chamber of Commerce and Industry revealed extensive investment opportunities in south and east African markets, particularly for halaal food products. “Demand for halaal-certified foods has expanded beyond basic meat and meat products to include halaal franchises, prepared meals, as well as canned, frozen and instant foods,” adds Thomson.

The South African National Halaal Authority, (SANHA) has been supporting Africa’s Big Seven for over a decade. “AB7 offers participants what no other expo, show or event can: an inter-Africa, intra-Africa platform for all companies in the food supply chain,” says SANHA Public Relations Officer Ebi Lockhat. “Each year, AB7 has a huge influx of international buyers and offers an unparalleled opportunity to access the burgeoning halaal market in Africa, and beyond.”

The halaal pavilion is also a major component of the AB7 Expo for companies interested in the latest halaal products and trends. AB7 is co-located with the Southern African International Trade Exhibition (SAITEX); both shows offer free visitor entry and dual access.