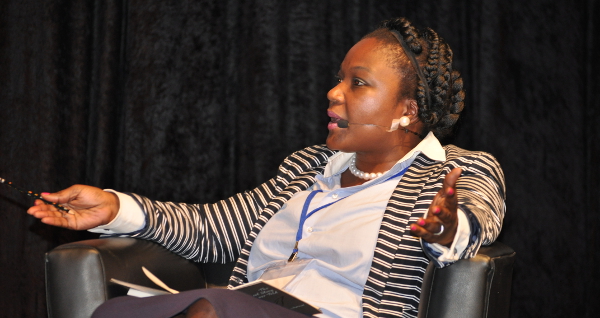 Across the continent, rising incomes, urbanisation, the expansion of modern supermarkets, as well as changing consumer tastes and behaviour, have unlocked massive potential for processed food. But while an increasing number of local players are entering the space, the bulk of this opportunity is still taken up by foreign companies – whether it’s pasta, tomato paste or instant soup powder, much of the processed food consumed in Africa comes from outside the continent.

And many local manufacturers are struggling to compete. Last month, for example, Nigeria’s largest tomato paste manufacturer, Erisco Foods, announced plans to shut down its local factory and move production to China –importing finished products back into Nigeria. According to its management, the company was struggling to compete with foreign imports.

But why do local food producers struggle to compete?

“I think the major concern that we have is logistics,” said Jacob de Villiers, managing director of AFGRI Grain Management, during a panel discussion at this week’s African Agri Investment Indaba in Cape Town.

“It is cheaper to move maize from other continents to South Africa than it is from Zambia to South Africa. As long as you have that issue, you can do whatever you please but you are not going to be competitive in a global environment.”

He added that the continent also imports a lot of agricultural inputs, such as seeds, which raises the cost of local produce and makes it more difficult for food processing companies to compete.

“Just to give you a simple example, it is cheaper to import barley into Uganda than it is to locally produce barley in Uganda, which is a landlocked country.”

Unati Speirs, the group chief operations officer at African Global Trading, highlighted that food processing entrepreneurs also struggle to attract the investment that can help them scale production and become large competitors in the market. This is because their day-to-day challenges, such as lack of skills, infrastructure and supporting services, can often prevent them from meeting the international standards of large funders.

Meeting the various different standards and food labelling criteria can also be a challenge to local producers who want to export to other countries or even supply local supermarkets, according to Peter Draper, managing director of TUTWA Consulting in South Africa.

“If you are a food producer and agro-processing [company] in Africa, and you want to export into global markets, there is a whole range of other standards that you have to [comply with]. Those can be government standards, or ISO (International Organisation for Standardisation) development standards – for instance sanitary standards… and health standards.

“Or it could be a burgeoning world of private standards, for instance the retailers that you want to submit [goods] to – the standards that they set throughout their entire value chain. And those are very rigorous standards. If you want to access those markets you have no choice but to comply, and I would venture to suggest that most African small-scale producers are just no way near being able to supply into those retail value chains.”

Chris Sturgess, director of commodity derivatives at the Johannesburg Stock Exchange in South Africa, noted that foreign investors usually only want to put their money into companies that are aligned with global standards. Yet investment is often required to help companies meet standards.

While Africa’s lack of skills, financing and infrastructure cannot be solved overnight, Speirs said that food processors could increase their competitiveness by focusing on niche markets.

“No one is going to beat [South Africa] at rooibos (a type of tea)… that is our niche. No one can beat us in Africa with orange production. No one will beat us with pears. Nobody will beat us with apples. But, what do we do? We export raw material to the world and we buy apple juice,” she continued.

“So I don’t think we should focus on what we can’t do, but rather what we can do – and then enhance those skills.”