Africa Tech Trends is a fortnightly column by Tom Jackson. It focuses on the most important developments in Africa’s technology industry and looks at how technology is disrupting the way business is being done on the continent. 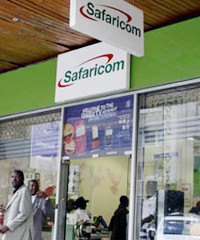 Mobile operators look to the future by investing in start-ups

New players have arrived on Africa’s investment scene in the last few months, and potentially surprising ones at that. The continent’s mobile operators are investing in the new generation of start-ups.

First Millicom launched its Millicom Foundation, with a yearly budget of US$10m, which in turn spawned the Think accelerator programme in Kigali, Rwanda. In the past month leading Kenyan operator Safaricom also launched a $1m start-up investment fund, while in Nigeria Airtel announced its ‘Catapult-a-Startup’ initiative.

The operators have long been accused of simply hoovering up innovative startups, or ripping off their ideas and building them in-house. But they now seem to have realised that they are not, traditionally anyway, hotbeds of innovation. In any case, building innovative services in-house is an expensive business. Far better to assist smaller companies in doing it themselves, and provide those services on their networks in future.

Investing in start-ups is also forward-thinking for operators. Thus far, they have been in a customer acquisition phase as mobile penetration grows across the continent. This phase will inevitably end, however, with the next phase seeing operators compete for those newly acquired customers based on services available on their networks. Typically, by doing things such as zero-rating certain services, operators have been 100% focused on acquiring customers. Now it seems they are beginning to look beyond that and work out how to retain and make money from those customers in the long run.

Pan-African e-commerce operator Jumia has announced another round of investment worth $150m. The likes of Konga (Nigeria) and Takealot (South Africa) have also obtained large funding rounds this year, showing the attractiveness of e-commerce as a destination for investment.

The consensus is that Africa presents huge opportunities for e-commerce. Frost & Sullivan estimates it will be a $50bn market by 2018, compared to just over $8bn in 2013. This potential is attributed to growing internet and mobile penetration, the size of the continent’s population, and the fast growth of a number of sub-Saharan African economies.

Yet thus far not many African e-commerce companies have managed to turn a profit. The e-commerce market is simply too small in Africa, with online retail accounting for approximately 1.3% of the consumer goods market in South Africa. Though the opportunity is clear – e-commerce accounts for around 14% of the market in places like the US and UK – returns are some way off.

This lack of profitability is the reason why South African rivals Kalahari and Takealot chose to merge earlier this year. Together, they don’t need to fight each other over a tiny market.

Nevertheless, investors are playing a long game, and allowing the likes of Jumia to fund their continent-wide expansion ready for the day when a greater percentage of Africans buy online.

Ghana became the latest African country to sign up to the The Better Than Cash Alliance earlier this month. The alliance aims to enhance fiscal transparency and promote financial inclusion for all citizens. Ghana committed to transition government programmes from cash to digital payments.

Nigeria also has a cashless policy, with the Central Bank of Nigeria (CBN) having recently introduced a charge on cash-based transactions, aimed at reducing the amount of physical cash circulating in the economy and encouraging more electronic transactions.

The CBN says the policy is aimed at driving development and modernisation of payments systems in line with Nigeria’s goal of being among the world’s top 20 economies by 2020. The Bank says an efficient and modern payment system positively correlates with economic development and is an enabler for economic growth.

If anything though, the governments are playing catch-up. M-Pesa in Kenya began it all, allowing people to send and receive money via SMS. The popular payments system has attempted to launch in South Africa, but there the likes of SnapScan, FlickPay, Zapper and Gust Pay have stolen a march. Whatever happens, companies like these only stand to benefit from greater governmental focus on e-payments.