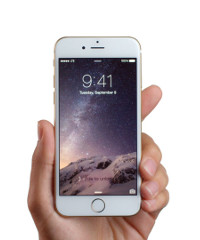 IPhone maker Apple has re-established an office in South Africa.

According to a recent article by TechCentral, Apple has quietly re-established a South African office. The company has not had an office in the country since 1999, but has now appointed Nicolas Rochas as country manager. Apparently it is a move designed to help the company manage its relationships with local mobile operators, which has been increasingly difficult to do remotely.

Also of interest is the fact that South Africa is often a jumping-off point for larger companies in Africa (see Uber, for example). Will this South African return signal the start of a larger physical Apple presence in the rest of the continent?

Last week Kenya’s ICT sector leaders decamped from Nairobi to the coast for the Connected East Africa event to look at the opportunities and challenges facing the growth of technology in the country. As referred to in this column before, there are plenty of positives to be taken from the development of tech in Kenya. The government is making bolder steps with automation and digitisation, and beginning to provide assistance to the start-up ecosystem too.

Yet problems remain, and delegates did not refrain from discussing them. There was no mention of the slow progress on Konza Techno City, the slowdown in the roll-out of Wi-Fi or the farce that is digital migration. Instead delegates highlighted regulations and laws that continue to hold the country back in its quest to become a continental tech hub.

Seven Seas Technologies CEO Mike Macharia said stronger laws are needed to support and protect locally-produced content, while iHub and BRCK founder Erik Hersman attacked legacy laws when it comes to duties on the importation of hardware components. Hersman said it was actually cheaper for him to assemble the BRCK mobile Wi-Fi device in the US and ship it back to Kenya. He urged the government to change this to allow Kenyans to build mobile phones, laptops and tablets in the country.

Former permanent secretary at the Ministry of ICT, Dr Bitange Ndemo, even raised the subject of corruption, saying “tenderpreneurs” were taking advantage of lax procurement regulations to help themselves, rather than the country. Plenty of work to do, it seems, if Kenya is to fulfil its technological potential.

The internet is coming, now what can we do with it?

It is almost becoming boring, but yet another report has forecast huge growth in internet penetration in an African country. In the latest annual update of its Visual Networking Index (VNI) Global Mobile Data Traffic Forecast, Cisco said South African 4G and Wi-Fi penetration will grow significantly over the coming years, while 3G will surpass 2G next year.

Cisco also predicted the average 3G speed will grow 2.1-fold by 2019, with the average 2G speed growing 1.3-fold. The average 4G smartphone in South Africa will generate 7,191MB of traffic per month by 2019, which is a lot.

Predictions such as these are being reported across the African continent, from Nigeria to Zimbabwe, and make satisfying reading. But internet access is only a means to an end. The real development for Africa, when it comes to this increased connectivity, will be in what individuals, businesses, non-profits and governments can do with that access.

The early signs are good. E-learning, e-health and e-governance are slowly taking off. What needs to improve is the quality of start-up businesses which will in turn attract investors to African shores and boost economies. The internet figures are impressive and getting better. Now Africa needs to match that growth in terms of the solutions it can run using all this data. Only then will we see if the internet can really bring an economic boom to Africa.