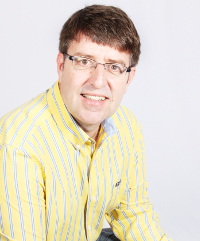 This is according to Tony Esmeraldo, director of the DuPont Pioneer Business unit South Africa. DuPont is a global agricultural company that develops and supplies advanced plant genetics and which operates in 10 African countries, including South Africa.

“To be able to feed those people, you will need to increase the agricultural productivity by 70% which is a huge challenge,” Esmeraldo told How we made it in Africa.

He added that the solution to the world’s (and Africa’s) food insecurity problems should come from Africa, a continent that holds 60% of the world’s uncultivated arable land.

“We have a youthful population, we have sustainable water sources, and we have got developing economies to grow at double digits, so all of that sets up Africa to be able to become the food basket of the future.”

However, the continent’s smallholders, who make up the vast majority of African farmers, face a number of challenges, and there is a need to invest in agricultural education, infrastructure, logistics, science and technology to ensure that smallholder farmers can increase their yields.

“If you think about Africa, 40% of food production is going to waste due to a lack of transport and storage facilities,” explained Esmeraldo. “So investment in infrastructure and logistics is key in terms of building food security.”

Furthermore, he argues that small-scale farmers need to embrace technological advances, such as using hybrid seed to increase yields.

“The average yield in Africa is about two tons [per hectare]. If you think about South Africa it is a bit higher and could be about four tons per hectare. But in North America it would be up to nine to 10 tons so we need to do a lot of investment in terms of science, technology, education of farmers, and getting youth involved in agriculture, so we can actually increase the productivity of farmers, and also make sure that we can feed ourselves in Africa.”

Smallholder farmers typically struggle with access to finance, especially in rural areas. Lack of access to market related information is also a problem.

The various challenges faced by smallholders can affect the sustainability of produce supply to food retailers in African markets. For example, earlier this year American entrepreneur Christopher J Bak, who runs a number of Subway franchise stores in Tanzania, explained how difficult it can be to source lettuce for sandwiches.

“In Dar es Salaam, I pick up the phone and order 50 kilos of lettuce and the supplier only brings me five kilos because it’s rainy season and his truck couldn’t make it into the city. So I spend four hours driving around town trying to buy up every head of lettuce from every duka (Swahili for ‘shop’) on every street corner in the largest city in the country,” Bak told How we made it in Africa.

The challenge of engaging youth

Another problem Esmeraldo said needs considerable attention is attracting the youth to agriculture. Africa has a young population and the future of food production on the continent lies with them. However, Esmeraldo said there are not many youth who are really interested in getting into agriculture as a career.

“The youth don’t see agriculture as a sexy job, where [they] can sit in an office with a laptop and iPad and everything like that,” he explained. “The youth have the tendency of looking at jobs quite differently.”

Esmeraldo said one solution to this should be in educating the youth at a high school level about food security, agricultural economics and different career opportunities that can be pursued in the industry. He added that the continent also needs to look at the children of farmers and make sure they have opportunities and incentives to remain in farming.

“DuPont Pioneer’s philosophy is that not one country or company can make this difference,” added Esmeraldo. “We think it should be with collaboration with NGOs, with governments and corporates.”

Creating a technology hub for Africa

DuPont Pioneer plans to invest ZAR62m (US$6.2m) by 2017 to establish a new regional technology hub in South Africa to serve the continent. According to the company, the hub will apply advanced seed breeding technologies to improve crop resistance to drought, insects and diseases, as well as improve yields while reducing the need for inputs like fertiliser.

“Just to give you an idea about this type of investment, there are only about four or five of those in the world,” stated Esmeraldo. “Two of them are in North America, one in Brazil, one in India and one in China, and Africa is going to get the next one. That is just to give you an indication of how seriously we look at our African market.”

Esmeraldo said DuPont identifies ‘lead farmers’ in rural villages in the African countries in which it operates.

Pioneer has also committed about ZAR20m ($2m) over the next five years to assist smallholder farmer development in South Africa, along with a youth development programme.

“I would say that agriculture could be the multiplier in Africa in terms of economic development,” Esmeraldo continued. “Agriculture plays a major role through smallholder farmers. So by just introducing basic technology like hybrid seed we could double the income of smallholder farmers and also feed the population of those different countries.”