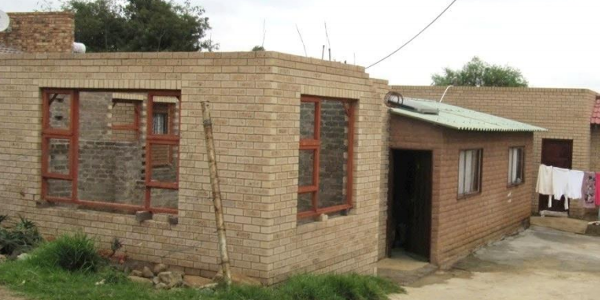 Kenya expects the first phase of a national affordable housing programme launched by president Uhuru Kenyatta in 2017 to be completed by the end of 2019 – with 228 houses. By the end of 2020 the government hopes to have 1,370 units built.

The numbers are a proverbial drop in the ocean for east Africa’s biggest economy, which has an estimated housing shortfall of 2 million units. They are also well off the government’s target of building 500,000 new homes by 2022 – a number that has already been halved from a million at launch.

The scaled back ambition is a microcosm of Africa’s housing problem. The continent has an estimated shortfall of 51 million units, ranging from 17 million in Nigeria to 2 million in South Africa.

There’s no shortage of government initiatives aimed at changing this, but the housing sector faces steep obstacles. Inadequate regulation, insufficient financing, an underdeveloped real estate sector, sporadic political support, and developers favouring the high-end market, are just some of the constraints.

Where homes are actually built, they’re rarely affordable. Kenya’s target of around $20,000 per unit is still ten times the country’s GDP per capita. In many countries the ratio is much worse.

Current approaches are clearly insufficient, and with rapid urbanisation fueling the already dire shortage across Africa, new ideas are needed.

Somalia will announce plans for its first ever oil and gas licensing round in December, part of efforts to boost foreign investment. Reforms under president Mohamed Abdullahi Mohamed, in power since 2017, are fueling cautious optimism that the country may finally be turning a corner after decades of conflict. More: Reuters

Kenya’s parliament has voted to scrap a bank lending rate cap introduced in 2016, limiting what lenders can charge to 4% above the benchmark rate. The cap had been criticised for curbing private sector lending. More: Bloomberg

Seventy-five percent of climate change pledges made by countries since the 2015 Paris agreement are short of what is needed to meet the deal’s goal of keeping temperature rises at less than 1.5% above pre-industrial levels, according to a new report from the Universal Ecological Fund. This includes every country in Africa. More: Euronews

Angola has formed a consortium with five international firms including Chevron and Eni to develop a liquefied natural gas project in the country’s north. The project will have an initial cost of $2 billion, with a target to start production by 2022. More: Reuters