Dayo Olopade is a Nigerian-American journalist with experience in covering global politics, development and technology for publications that include The New Republic, Daily Beast, The New York Times and The Washington Post. 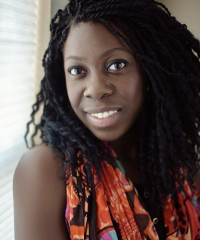 In 2010 she moved to Nairobi and spent three years travelling across 17 countries to research her book, The Bright Continent: Breaking rules and making change in modern Africa. The book was published this year with the key goal of narrative correction concerning Africa and its potential.

“As someone who had experience both in the United States and other wealthy western countries, and in parts of sub-Saharan Africa, I could really see where the narrative was missing the mark,” she told How we made it in Africa.

“Beyond that I was working in media, so it was really clear to me that there was this sort of image problem; that what people assumed and what people expected from the continent of Africa had nothing to do with life lived and experienced and the possibilities, the potential opportunities, there.”

She said that terminology like “developed”, “first world”, “developing” and “third world” reinforces the assumption of what society should look like. For this reason Olopade uses the word “fat” to describe economies like the US that are viewed as developed, and “lean” to refer to countries that are perceived as under-developed.

Olopade said that in “lean” economies in Africa there is a unique way of doing business that is often misunderstood.

Africa is not waiting for the west

Olopade highlights a number of misconceptions concerning Africa. “I think number one for me is this presumption of lack of agency, of disempowerment.”

She noticed an example of this when she was covering the United Nations on the 10th anniversary of the millennium development goals, where there was a poster submission competition to honour the occasion. The winning poster showed the bodies of world leaders representing the G8 with the legs and feet of African children with no shoes. The tagline: “Dear world leaders. We are still waiting.”

“In terms of people’s understanding of what Africa is, it’s a place where people are waiting for the west, and again this narrative is patently false,” argued Olopade. “If you spend any time in sub-Saharan Africa, people have two jobs, three jobs, working twice as hard to get half as far. And are extremely energised and animated and motivated to solve exactly the problems that folks in Geneva, Brussels or New York are pondering in conference rooms.”

She added that a lack of resources seen in “lean” economies is a motivating factor for innovation and local solutions, such as the development of mobile money in Africa. The impression that “people are sitting around refugee camps with flies on their eyes waiting for some handout” enforces a false perception of Africa’s potential, she explained.

The informal sector should not be ignored

Olopade coined the term “formality bias” to describe what people in western countries perceive as disorganisation and chaos in economies where the informal sector rules.

“So when you judge Africa by what its leadership or governments are doing, you are judging Africa by what it does worse. And when you ignore people who are working in the informal sector, coming up with hyper-specific local solutions to local problems, you are ignoring what Africa does best. So that is another enormous misperception.”

She noted that there is a different way of doing business in the informal sector, and specific business skills such as negotiation are highly developed.

“This again is the difference between ‘fat’ and ‘lean’. If you go to the store to buy something, the price is written, you hand over the money, you get your receipt, you walk out. What have you really learned there? Whereas in an environment where everything is about trade, negotiation, bartering, time-shifted loans, and other kind of complicated financial transactions – which is very much the case for people who are quite poor, for people who have limited access to finance – you have learnt quite a lot. You have developed different kinds of skills.”

Olopade added that this is one reason why it is important for foreign companies to find local partners in Africa. It is not only about developing local capacity, but also about employing the skill set and the understanding specific to the environment.