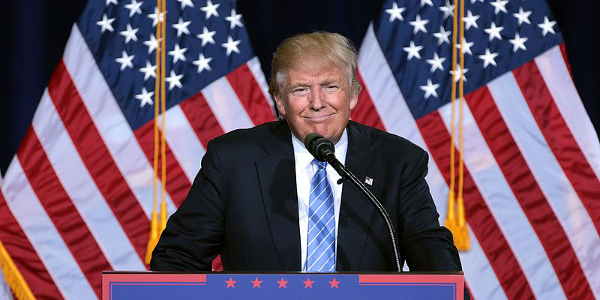 In the wake of controversial picks for Trump’s cabinet, the spotlight turns to his appointed choice for Secretary of State, the highest diplomatic rank in the United States government. After a brief interlude with Mitt Romney, which would certainly be a favourite pick among Republicans, Donald Trump showed that he would continue with his anti-establishment agenda and decided instead to recommend Rex Tillerson for the role.

Rex Tillerson is an experienced executive of the oil and gas industry, with 41 years of tenure in ExxonMobil. Tillerson ascended to become the company’s chairman and CEO in 2006, roles that he occupied until the end of 2016 when he finally left the company. He was nominated US Secretary of State in early February.

However, more than one month into the role, a large number of vacancies in the US State Department are still to be filled. Adding this to the isolationist rhetoric Trump has been preaching and to the recent proposed cut in funding to the State Department, makes one think that American foreign affairs will not be a top priority in the Trump presidency.

American policies on Africa – what to expect

The White House’s policies towards Africa have usually been the result of bipartisan consensus. In 2003, during the first term of George W. Bush, the US started a governmental initiative to address the HIV/AIDS epidemic, tuberculosis and malaria, with a primary focus on Africa. The programme was renewed three times and still remains active.

In 2010, President Obama launched the Young African Leaders Initiative (YALI), which provides education and networking opportunities to African students with leadership potential. The programme includes a fellowship to study in the US for six weeks, follow-up resources, and student exchange programmes.

Obama also launched the Power Africa programme. The US$9.7bn initiative started in 2013 with the goal to add 30,000 megawatts of power and supply electricity to 60 million households by 2030. The programme aims to bridge the private sector and governments. However, it was reported in September 2016 that the project had only provided $131.5m towards the effort, and hadn’t approved any additional financing since July 1, 2015. The slow-down in growth of many African countries where Power Africa is planned to take place, also made private investors more risk-averse and less likely to engage in the enterprise. The project is facing delays and, with a Trump administration focused on “America first”, there is a good chance that it may end up getting cancelled all together.

Another policy that may face bumpy roads in the following years, is the African Growth and Opportunity Act (AGOA). Set up by Congress in 2000 and renewed until 2025, AGOA is a nonreciprocal trade preference programme that provides duty-free treatment to US imports from 39 sub-Saharan African countries.

Imports from the countries under AGOA represent slightly more than 1% of total US imports and are largely concentrated in energy-related products, with oil accounting for 68% of US imports from AGOA beneficiary countries in 2014. In the current scenario of growing oil and gas production within the US and less dependence on petroleum imports, the main product Africa was offering through the AGOA becomes less relevant.

Although President Trump is not allowed to fully cancel this law, he can dictate which countries are eligible to participate in the agreement and, to some extent, which products are included in the trade benefit list. What was planned to become a stepping stone for bilateral trade agreements between the US and sub-Saharan African countries, may fall short on this objective. The isolationist direction Trump is steering America towards will very likely create tougher conditions for African counterparts. Trump may try to instate a more balanced agreement, with reduced benefits for the trading partners.

However, the most evident changes in the relationship between African countries and the US are likely to emerge on the democracy and security aspects of US foreign policy. The recent immigration ban on seven countries of Muslim majority, three of them in Africa (Libya, Sudan and Somalia), is a clear example of this change in focus. The war on terror seems to have gained new and more destructive proportions with the current Trump administration.

Rex Tillerson will carry the message of an increasingly isolated America. Given the various times Trump changed his mind or contradicted himself, it would be wiser for countries dealing with the US to think more on short-term strategies rather than long-term commitments.

It is likely that fewer philanthropic programmes will be started during Trump’s term. The steps Trump has been taking in office show that America under Trump is marching towards isolationism, with a really short-term perspective on the ramifications that will arise from this new position. Trump will cut down or try to postpone any welfare programme that does not clearly benefit the US at first, regardless of possible long-term gains for his country.

African nations will find a position of strength by working together, as economic blocs. That gives more leverage to African countries in trading negotiations with the United States, as they will act as a larger market pursuing common interests. As economic blocs, African nations will force the US to strike multilateral deals rather than broker agreements with self-interested states.

Otavio Veras is a research associate of the NTU-SBF Centre for African Studies, a trilateral platform for government, business and academia to promote knowledge and expertise on Africa, established by Nanyang Technological University and the Singapore Business Federation. Otavio can be reached at [email protected].