The Heritage Foundation, in association with The Wall Street Journal, recently released its Index of Economic Freedom for 2011, an index it has been producing for over a decade now. 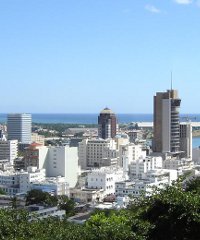 Mauritius is the highest ranked country in Africa

The index describes economic freedom as, “the fundamental right of every human to control his or her own labour and property. In an economically free society, individuals are free to work, produce, consume, and invest in any way they please, with that freedom both protected by the state and unconstrained by the state. In economically free societies, governments allow labour, capital and goods to move freely, and refrain from coercion or constraint of liberty beyond the extent necessary to protect and maintain liberty itself.”

Looking globally, the executive summary notes that economic freedom advanced in 2010, regaining much of the momentum lost during the fiscal crisis and global recession.

Many governments around the world rededicated themselves to fiscal soundness, openness and reform, and the majority of countries are once again on a positive path to greater freedom, as the global average economic freedom score for the 2011 Index went up to 59.7, a 0.3 point increase from the previous year.

The top then “most free” countries according to the rankings for 2011 out of a list of 183 are, in descending order, Hong Kong, Singapore, Australia, New Zealand, Switzerland, Canada, Ireland, Denmark, the United States and Bahrain, with the bottom ten in ascending order being North Korea, Zimbabwe, Cuba, Eritrea, Venezuela, Burma, Libya, DRC, Iran and Timor-Leste.

Africa continues to dominate the bottom half of the table, though improvements have generally been recorded. The highest ranked countries from the continent are Mauritius (12), Botswana (40), Namibia (73), South Africa (74) and Rwanda (75).

Positively however, the report notes that the Sub-Saharan Africa region, led by Rwanda, Djibouti, and Cape Verde, achieved the largest score improvement, with countries gaining over half a point on average in the 2011 Index.

This highlights the gains the continent’s economies have made over the past decade in terms of advancing their openness and accessibility and transparency, further proof that Sub-Saharan Africa is indeed on the right trajectory for sustainable economic growth.