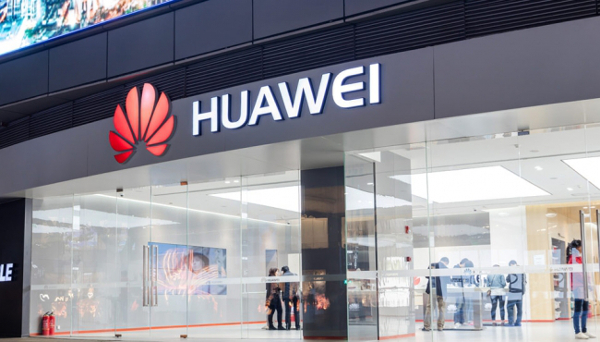 Just when Africa started to embrace the world, it is now being confronted with the rising tide of populism and nationalism from the developed nations. The outcome of Brexit in the United Kingdom and the election of Donald Trump in the United States resulted from popular rejection of free trade and globalisation. As a result, this popular outrage against the political establishment is forcing many political leaders in the developed world to re-assess, focus on and tackle their own domestic issues. Hence, the African continent is falling off from their main agenda.

Unlike in the past, when Africa mainly depended on the assistance of the developed economies, the rise of the Asian economies brings about new opportunities for economic cooperation and partnership for Africa.

According to data from the International Trade Centre, from 2006 until 2016, trade between the two largest continents in the world increased from US$167bn to $292.9bn, a 75.4% increase. This is in spite of the fact that the Africa-Asia trade dropped from its peak of $423bn in 2014 due to the fall of commodity prices. The main exports from Africa are hard and soft commodities, while Asia exports machinery and manufactured goods to the African continent.

The top-three Asian countries trading with Africa in 2016 are China, India and South Korea with $144.6bn, $47.9bn and $18.4bn traded respectively. Trade with these three Asian countries represented 72% of the total Africa-Asia trade. Amazingly, Japan has dropped out from the top-three positions to be now behind South Korea. This is because the Japan-Africa trade has declined by a significant 45%, from $27.1bn in 2014 to $14.9bn in 2016. As the global economy recovers and as the economic growth from the Asian giants, particularly from China and India, picks up momentum, the Africa-Asia trade will rise again.

For instance, the Chinese, Indian, Japanese and even South Korean automotive companies are actively building production plants to capture a bigger market share in Africa. South Africa has been a major beneficiary of all the major investments from these companies. Besides the well-known Japanese auto manufacturers like Honda, Mitsubishi and Toyota in South Africa, the lesser known Asian companies, that have built production facilities, are Chinese Beijing Automotive International Corporation, Indian Tata Motors and South Korean Hyundai. They are all using their South African base to capture the greater African markets.

Financial services in the African continent have also attracted many Asian players. In 2007, China’s biggest bank, the Industrial and Commercial Bank of China (ICBC), acquired a 20% stake in South African Standard Bank for $5.6bn. Since then, they have deepened their partnership globally and in Africa. With a big Indian diaspora in East Africa and other parts of Africa, major Indian banks set up their presence in many countries. For instance, India’s Bank of Baroda is in eight African countries, while Bank of India and State Bank of India are present in five countries.

Japan’s biggest banks are also looking for opportunities and are expanding in Africa. Mitsubishi UFJ Financial Group is supporting Japanese companies via its presence in Morocco and Kenya. Sumitomo Mitsui is partnering the African Development Bank, while Mizuho Bank is working with specific African financial institutions.

While the developed countries are retreating more and more from Africa, Asia is increasing and intensifying its engagement with the continent. Besides trade, all the major Asian trade partners have their own forum to meet and engage with African leaders about economic cooperation.

Japan first started its Tokyo International Conference on African Development (TICAD) in 1993 to bring together African stakeholders and Japanese officials. China also formalised its engagement with African leaders with its own Forum on China-Africa Cooperation (FOCAC) in 2000. Not wanting to be left out, South Korea and India organised their own meetings with African leaders and officials to discuss and deepen economic cooperation. In 2006, South Korea started the Korea-Africa Economic Cooperation (KOAFEC), while the India-Africa Forum Summit started (IAFS) in 2008.

Africa is considered as very strategic for the Asian countries, particularly in terms of geopolitical and economic importance. Therefore, all these major Asian countries constantly engage with the African continent. Even their respective economic forums were eventually organised in Africa to not only embrace a wider African population, but also depict a more positive image of their endeavours to tap into the African markets.

The future of Africa and Asia

The future outlook of the two biggest continents holds great promise. On the one hand, Africa provides many natural resources to keep spurring and supporting the economic growth of Asia. On the other hand, Asia’s massive investments in Africa help to build the foundation of African economic development, as well as create new jobs for the African populations, thus uplifting them economically.

It looks like the Asian giants have also very big future economic plans that will encompass Africa. Chinese President Xi Jinping launched the Belt and Road Initiative (BRI) in 2013. This initiative will encompass about 65 countries and Africa is also involved with Kenya and Djibouti identified within the BRI network. In the recent Belt and Road Forum in May 2017, China gathered the country leaders within the BRI network and President Xi Jinping presented China’s BRI plan supporting a massive infrastructure investment plan of about $1tn.

India and Japan are also launching their own economic development plans, where Africa will also be involved. Last year, when Japanese Prime Minister Shinzo Abe met up with Prime Minister Narendra Modi in India, the idea of the Freedom Corridor, linking Asia Pacific and Africa, was mooted. The Asia-Africa Growth Corridor (AAGC) was eventually launched during the African Development Bank meeting in India in May 2017. India and Japan will collaborate and work together on development plans within Asia and Africa.

While the developed economies are too busy dealing with their own domestic issues, Asia is slowly but surely filling the gap within the African continent. However, Africa should not view these Asian initiatives as philanthropy, since it should be very clear that these plans serve the geopolitical and economic needs of these Asian countries. Hence, African countries should focus on their own economic development and their own national interests, while seizing all potential opportunities brought about by Asia.

Richard Li is a Singapore-based Partner with Steel Advisory Partners, a management consulting firm that serves clients across industries. Having spent his working career in strategy consulting, he worked with various global clients and covers themes such as Corporate Strategy, Transformation, Digital Innovation and Risk Management. He can be contacted via the Steel Advisory Partners site. This article was written specifically for the NTU-SBF Centre for African Studies.