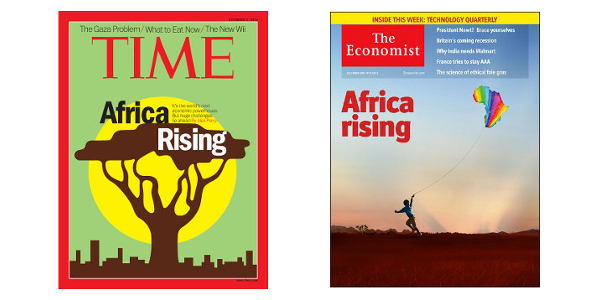 When UK-born Marcus Courage founded communications consultancy Africapractice in 2003, the negative perceptions surrounding the continent were so entrenched that many of his friends in London assumed he was starting a charity.

But as foreign multinationals began to look for new growth markets with the onset of the global financial crisis, the demand for improved public relations and strategic business communications in Africa became clearer. Today Africapractice has a presence in seven markets on the continent and is competing with a growing number of contenders in the space.

A number of foreign PR agencies – including Hill+Knowlton Strategies, Ogilvy PR and Weber Shandwick – have expanded their services on the continent, following many of their global clients. South African firms have also been key players, while some other home-grown agencies, such as Kenya’s Ginadin Group, are focusing on their individual and regional markets.

Kenya, Nigeria and South Africa have caught the attention of most of these multinational firms, due to their more sophisticated business and media communities. However, other markets are also attracting interest, such as Ghana, Angola and various East African countries.

“In the past two years we’ve seen a growing interest in Ethiopia as it starts to open its borders to foreign investors, as well as in the Ivory Coast – which is viewed as the gateway to francophone Africa – and Mozambique because of its gas finds,” says Moliehi Molekoa, a business unit head for the South African-based firm, Magna Carta.

“These three markets are expected to post growth rates of at least 7% [in 2015 and 2016], which is something that any sound business would want to partake in.”

Magna Carta started focusing on growing its African footprint around eight years ago. According to Molekoa, while the continent’s PR industry is still emerging, reputation management is becoming increasingly important to companies.

Furthermore, there is also a demand for stakeholder or public affairs/advocacy management, where PR firms provide a bridge between private sector clients and their various public sector stakeholders.

“In most cases this is not about publicity but mainly about relationship building and creating a mutually beneficial engagement platform that enables both clients and government to do business together,” explains Molekoa.

However, despite the growth of the PR industry, recruiting and retaining sufficient talent with local insight remains a major challenge.

“More courses are now focused on communications and so this is changing, but it needs to move faster,” says Sconaid McGeachin, president and CEO of Africa, Middle East, and Turkey at Hill+Knowlton Strategies.

“We also need people who’ve worked across sub-Saharan Africa and who are culturally sensitive to other markets. What works in South Africa for example may not work in Nigeria, so the ability to localise and tailor to the market needs is important.  Mobility of talent will also be key going forward and those willing to spend time across different African markets will be highly sought after.”

Some firms are developing in-house training programmes to upskill local talent for their African operations. For example, Dubai-headquartered Djembe Communications plans to build its African Centre of Excellence in Maputo to train local employees in best practices as well as educate the international team on African markets.

In October 2007 a former French journalist, Nicolas Pompigne-Mognard, founded the African Press Organisation (APO), a press wire targeting all of the continent’s 54 markets. He notes one of the major drivers of the media relations industry is the pursuit of economic diversification.

“In the last five years there has been a focus on creating a diverse economy moving away from the oil, gas and mining sectors which have been affected by the global economic downturn. This in turn has created a demand from other industries/suppliers to communicate in local markets.”

Mitchell Prather, managing director of Djembe Communications, agrees. His firm, founded in 2012 with a specific focus on Africa, works with a number of Angolan government entities, such as the country’s sovereign wealth fund and venture capital fund.

“Underpinning much of our work is the drive towards economic diversification in some of Africa’s biggest markets. The slump in oil prices makes this an even more pressing need. So, countries that have a historic reliance on extractive industries are hungry for communications services that help them to promote foreign investment, foster enterprise and reach out across the populace to promote innovation.”

In some African countries the media remains underdeveloped, and a number of media relations firms find it a common practice to pay for journalists to attend events in these markets.

“This practice is quite problematic for the majority of multinationals as they deem it as ‘paid-for’ media. Yet in these countries its standard practice, based on the socioeconomic dynamics and how the media industry is structured,” says Molekoa.

On the other hand, digital technology has been growing rapidly on the continent. McGeachin of Hill+Knowlton Strategies notes that online and social media – such as blogs and Twitter – are now as important to a PR agency as traditional media.

And in Africa, with the high penetration of mobile phones, digital media has provided access to information on a “colossal scale”, adds Africapractice’s Courage.

“People are hungry for knowledge and want to engage actively with the political and economic forces that affect them. Clients require support in navigating this new environment, to cut through the noise and be heard.”