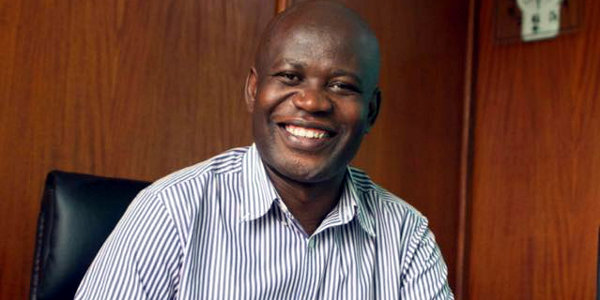 In recent years a number of new coffee shop brands have entered the Kenyan market, riding on the back of a growing coffee culture in a traditionally tea drinking country.

One of these is Café Deli and Delicatessen, with three branches that serve about 2,000 people per day. Pastry chef Obado Obadoh opened his first outlet in 2011 after convincing South African SME financier, GroFin, to lend him capital to buy a struggling vegetarian restaurant in Nairobi’s city centre.

Café Deli has carved a niche by focusing on African food. “Most restaurants in Nairobi that target the middle class don’t serve African dishes,” says Obadoh. “Our target customers are middle-aged professionals and business people. They have made their money and can afford our offerings. They want quality, but have a certain taste.

“These are people who grew up taking tea and eating African dishes. They come here and ask for ugali (staple food in Kenya made from maize flour) and whole fish. They don’t want chicken breasts and steaks.”

One would expect coffee to be the biggest selling hot beverage at Café Deli but Obadoh says his clients prefer tea.

“I have put a lot of money in our barista station but we still make more money selling tea than we do coffee. Kenyans are still tea people.”

Obadoh worked as a pastry chef in several five-star hotels for 15 years before he quit to venture out on his own. He initially tried his hand at business with a pastry kitchen delivering to homes and restaurants.

“But the money was never enough and I wanted to be rich. I wanted to create something of my own,” he says.

Then in 2011 he found out one of his biggest clients, a vegetarian restaurant in Nairobi, was up for sale. This gave him much anxiety.

“I got scared because I knew if they sold the restaurant a new owner might not continue buying my pastries. The business from that restaurant made up for nearly two thirds of my revenues. So if I lost that one client my business would be dead.”

So he decided to bid to buy the restaurant. The owners wanted Ksh.18m and he bid Ksh.10m. They eventually, to his surprise, settled for Ksh.12m.

“I walked out of the meeting sweating. I did not have the money… I went to the bank and pleaded my case, but the bank said the best they could give me was Ksh.2m,” he recalls.

He approached various other potential sources until someone referred him to a GroFin investment manager. He convinced the firm to finance the purchase of the restaurant.

“That journey taught me the importance of taking risks.”

Café Deli recently invested US$1m in its newest and biggest restaurant with a capacity to sit 250 people.

The first two restaurants were financed through loans, but with the third he gave up some shareholding to GroFin in exchange for funding.

“They are in the business of selling money. If they realise their money is being paid back fast enough and at a good profit, they will give you more money,” says Obadoh. “The secret is in paying your debts. When an investor or a bank gives you their money, just pay it back. They will trust you and help you in future. Even with suppliers, if you build a tradition of paying on time, one day when you’re in trouble they’ll be willing to wait because they know you’re not a conman.”

“Also do not get caught up in trying to impress people with things you can’t afford. Don’t take all your profits and buy a big car to show off. I have been able to work with the same investor, and grow my business because I don’t waste funds trying to live a life that’s not yet mine. I believe any money saved is money earned.”

Obadoh advises entrepreneurs to invest in sectors they understand. He notes his previous ventures in farming and public transport failed because he didn’t have adequate industry knowledge.

“It is better to stick with what you know. Education is expensive regardless of where you get it. You can go to Harvard Business School and be taught what you shouldn’t do, or you can learn on the streets – and it’ll still cost you a lot of money,” he says.

“But when you make mistakes, learn from them and move on.”