A few years ago, Anisa Kale and her husband decided to start their own business. Having both had careers in advertising, they opted to venture into the field they knew. However, neither wanted to open a mainstream advertising agency in the already competitive market of South Africa. 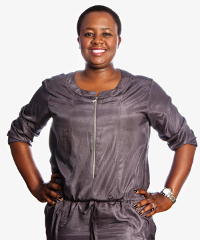 “We wanted something niche; something that didn’t require a lot of start-up capital,” explained Kale. After some research the duo spotted an opportunity for a marketing service for brands and companies looking to target lower-end consumers living in townships and informal settlements.

Both had grown up in townships and understood the market, and in 2009 launched Keys Communications.

The agency specialises in using outdoor advertising in townships, such as wall murals, billboards, and taxi branding. Based in Johannesburg, it now operates in all nine provinces and has a number of high-profile clients that include the likes of Nedbank and Coca-Cola.

According to Kale, many big brands are increasingly aiming to target consumers in townships based on the sheer size of this market. However, to successfully communicate with, and tap into, the market requires an understanding of specific township languages and slang, as well as consumer behaviour, mindset and aspirations.

“Nobody wants to stay poor. Everyone is working hard to change their life and lifestyle, or the lives of their kids. So aspiration is important in this market,” noted Kale.

Keys Communications has extended its services to Botswana, Mozambique and Lesotho and the company also recently launched offices in Zimbabwe.

Kale said the decision to expand to Zimbabwe came as a surprise to some. It began when she and her husband decided to visit the country for a holiday and were warned by several people that things would be “really bad”.

“But when we got there it wasn’t as bad as people said. Yes, things were not as rosy as they are supposed to be, but we are positive and think the Zimbabwean market is going to grow… and once that change happens, it is going to happen fast. I suspect it’s going to be amazing.”

For Kale, one of the positive elements is the general population who are “working hard and making it work”. And her confidence is also based on the number of high-profile brands and companies who have remained in the country, despite political and economic uncertainties.

Furthermore, when compared with South Africa, the Zimbabwean market is less saturated, especially in terms of outdoor advertising. “There is very little competition in what we do… so I think we have a better chance of growing our brand there,” she explained.

Local partner both a requirement and advantage

Kale advises other South African companies considering entering Zimbabwe to not simply rely on what they read or see in the news. They should visit, do their homework, and then go with their gut-feel. Also, finding a solid partner is vital.

“The rules of registering a company in Zimbabwe are different to South Africa. As a South African company, your partner in Zimbabwe needs to have more shares [in the company registered in Zimbabwe] than you, as the foreigner,” she explained.

“We were able to find somebody with our same passion and drive, who also has a marketing background.”

A local partner with on-the-ground experience and know-how has also been an advantage for Keys Communications’s operations in the market. While many aspects surrounding successfully targeting Zimbabwean consumers in townships are similar to South Africa, there are key differences, such as language, that need to be addressed.

Kale describes the company’s expansion into Zimbabwe as a long term investment, and noted she and her husband plan to expand operations in other African countries as well. “We are looking into both Kenya and Nigeria but that will come with time.”

For now they first want “to get the hang of” the southern Africa region, with their eyes also on markets such as Zambia.