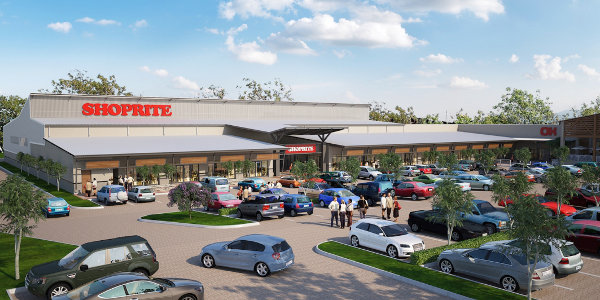 Property developer Terrace Africa recently announced it has secured supermarket group Shoprite as the anchor tenant for a new shopping centre it is building in the town of Tete in Mozambique. Tete is the heart of the country’s relatively new coal mining industry. How we made it in Africa asked Sean Oberholzer, development manager for Terrace Africa, about Tete’s appeal and why the company is focusing on developments in smaller towns.

Why did you specifically decide on Tete for this development?

Little has been done in the way of formal retail centres in Mozambique over the past few years. Tete is a major transport hub linking Zimbabwe, Zambia and Malawi, and it is also an important crossing point over the Zambezi River. Tete is the capital of Tete Province and the town has a population in excess of 250,000 people. Despite the challenges with the low coal price, there are many other industries driving growth in the town.

The coal mining industry plays an important role in Tete’s economy. Are you seeing any signs of the low coal price negatively impacting commercial activity?

The low coal price has definitely had an effect on mining activities in and around Tete but there have also been logistical problems with the railway line which are to be fixed by the end of 2015. We feel that once the access-to-port issues have been solved, production will increase. Mining companies have also been active in creating new opportunities such as coal-fired power stations. We anticipate new power projects to be finalised in the coming months.

Besides retail, what other untapped business opportunities are there in Tete?

Transport and logistics, as well as agriculture opportunities exist in Tete Province. We have also heard of a new project to generate more hydroelectric power from Cahora Bassa and the Zambezi River – this may create further opportunities for engineers and related companies.

Terrace Africa focuses specifically on developments in smaller towns in countries such as Mozambique, Zimbabwe and Zambia. Explain the reason for this.

We have developed a model to focus on convenience/neighbourhood type shopping centres. This model is perfect for the smaller towns, however, we do also see opportunities in the capital cities and will look at each project on its merit. The smaller towns have been easier for us to establish a presence, as we have been first to market.

Our team is passionate and we enjoy the adventure of travelling to the outlying towns – some are far off the beaten track and this often deters larger property developers. We also believe that the community impact and job creation benefits are more pronounced in these smaller towns, which encourages us to follow through with the projects.