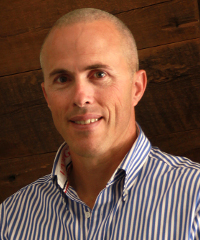 According to James Ehlers, managing director for Atterbury Africa Limited, all three cities are underserviced and hold huge potential for development due to recent gas and coal discoveries in the country.

He added that Atterbury’s developments will cater to both the local population in these cities and the influx of foreigners who will be visiting and operating in the area.

Atterbury’s constructions in Beira, Pemba and Nacala should start by the end of the year, according to Ehlers.

Atterbury Africa Fund, a joint venture between Hyprop Investments and Attacq, currently has four shopping mall developments underway in Ghana. The group has nearly completed its 28,000m² West Hills Mall in Accra, expected to open in October. South African retailer Shoprite has secured the anchor position, and other South African brands will include Woolworths, MTN, Mr Price and Edgars, to name a few.

The group is also constructing a smaller shopping centre in Achimota (an area in Accra) and starting construction on a 27,000m² mall in Kumasi, an industrial city in Ghana. In addition, Ehlers said Atterbury Africa has plans to expand Accra Mall, which has been trading for a number of years, to almost double its size.

“If you look at a city like Accra, it’s a big city, it’s difficult to know exactly how many people live there… but there are a couple of million people at least, and when we acquired the Accra Mall [at almost 20,000m²] it was the only mall of that size in the whole city. Obviously that tells you that these cities are underserviced, and that is [why] I think we can easily do the three more shopping centres that we are doing and we believe that they will trade well, because there are people with money to spend on these shopping centres and they are not provided with them.”

According to Ehlers, Atterbury Africa has already found tenants to fill the retail spaces in the Ghanaian malls under construction, which are a mix of local, South African and international retailers.

However, the developments in Ghana have not been without their challenges, acknowledged Ehlers, and the company is using a mix of South African consultants and contractors and local partners to construct its malls.

“So really it’s a learning curb and a process for everybody to work in this manner but obviously once you have done it once, it is then easier to continue the process because you have sort of learnt the way,” explained Ehlers. “But it has been an interesting process.”

Atterbury’s focus on Africa (outside of South Africa) started in Mauritius where the company was responsible for developing the Mall of Mauritius. It is now planning a multi-use development on the island as well. The company is also developing the 55,000m² Mall of Namibia, expected to open in October.

In addition, Atterbury is a shareholder in African Land Investments, a property fund established in April 2013 with the focus on acquiring quality shopping malls in key sub-Saharan markets. The company secured Manda Hill Mall in Lusaka, Zambia, which Ehlers said Atterbury is looking to expand.

“As Atterbury Africa, we own another piece of land at the east of Lusaka and we are still looking at the development opportunities on that site,” added Ehlers.