Google has ramped up its operations significantly in sub-Saharan Africa over the past few years and currently has offices in six countries across the region. 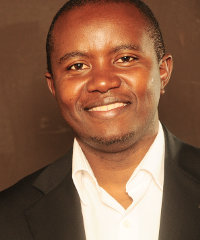 Some of the services Google has rolled out in the region include: the Google Apps Supporting Programs (GASP), which facilitate online learning through Google; Wazi WiFi in Kenya that provides high-speed wireless internet at a low-cost; and a TV White Spaces pilot in South Africa, which covers large areas with broadband.

In addition, YouTube is available in a number of African languages such as East Africa’s Swahili, Ethiopia’s Amharic and South Africa’s IsiZulu and Afrikaans. Google has even launched a virtual Amharic keyboard which allows Ethiopians to search for and upload videos containing Ethiopic text, eliminating a real barrier to broadcasting themselves.

Google Trader, a free classifieds service that allows users to buy and sell products and search for jobs, has been launched in a number of African countries. Users without internet access can also post items and search for deals by sending an SMS to a special short code.

Others Google services include the recently launched Gmail SMS, Maps and Google+ in Swahili, Amharic, Afrikaans and IsiZulu. Google Baraza (which means “council” in Swahili) allows people in countries across the continent to share knowledge with each other by asking questions and posting answers.

Google country manager for Kenya, Joseph Mucheru, told How we made it in Africa that the technology giant is serious about Africa, and its strategy is to get users online by developing an accessible, relevant, vibrant and self-sufficient internet ecosystem. Mucheru pointed out that while the cost of access to internet bandwidth is falling, it still remains high for many Africans.

Numerous countries in sub-Saharan Africa currently levy specific luxury taxes on mobile handsets and ICT equipment. It is estimated that eliminating non-VAT taxes on such devices could increase penetration by an average of 9%.

Mucheru pointed out that Google’s main challenge in Africa has been developing a vibrant internet community due to the cost of access.

“We are working with all stakeholders to ensure we create an affordable, accessible and relevant internet,” said Mucheru. He added that Google has expanded its network presence into sub-Saharan Africa, enabling local operators to directly interconnect with Google to reduce their international bandwidth costs and improve performance for users.

“These experimental projects are constantly evolving, so we don’t communicate specifically about individual locations, but this is one of the many ways we’re tackling some of the unique challenges Africa presents,” said Mucheru.

So what is Google’s game plan in Africa?

“Google is committed to Africa and we continue to develop and release products that are locally relevant and useful for Africans,” explained Mucheru. “African users will benefit from an open and more competitive access market with lower prices. We are also focusing on mobile technology and SMS to deliver information, products and internet affordably to the majority of people in the continent.”

Matthew Buckland, publisher of the emerging markets technology website Memeburn, earlier told How we made it in Africa that Google is taking a long-term view on Africa, and that products such as Trader and Baraza have been developed to build the company’s brand on the continent. “Google sees Africa as a strategic continent for the future. I don’t think Google’s plans are to extract revenues in the short-term. There are much more long-term strategic objectives.”

“The first step is to crack the market and then I think advertising will follow. The objective of Google is to build a business, build a profile [and] test the waters. Africa has got a billion people. I think there is huge potential for the African continent, which is what Google sees,” Buckland added.