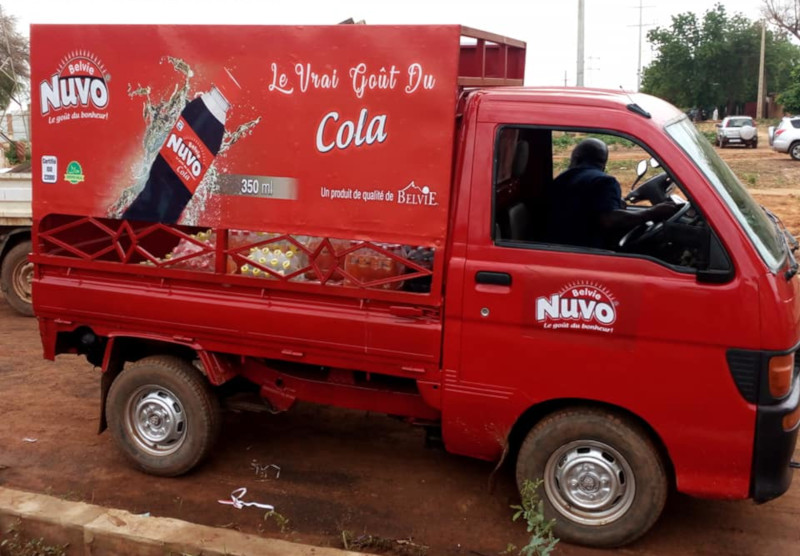 In Niger’s capital Niamey, Belvie operates its own fleet of distribution trucks.

In 2013, Indian-born entrepreneur Rohan Garg first set foot in Niger, a landlocked country, situated north of Nigeria, with a population of about 24 million. At the time, Garg, then 23 years old, was working for his family’s pharmaceutical and engineering business in Delhi, which he joined after a stint with Deloitte in the United States. But Garg was eager to carve out his own entrepreneurial path, and particularly interested in the business opportunities presented by Africa’s fast-growing economies, which he had read about in the media. So, when a family friend, who exported products to Africa, invited him along for a trip, he jumped at the opportunity.

Garg’s initial idea was to find opportunities for his family’s pharmaceutical business, but after studying the Nigerien market, it was decided that a pharma factory would be too risky. He therefore started exploring simpler industries and eventually settled on bottled mineral water.

“I spent some time in the capital Niamey talking to the local and expat community and looked at the various products in the market. There were about three bottled water companies, but people didn’t know much about the quality of the water they were drinking. They didn’t know about these companies’ quality processes and certifications – they were simply drinking the water. The only alternative was imported Evian, which was five times more expensive. I therefore spotted a gap for a water brand focused on quality and transparency,” he explains.

Towards the end of 2014, his newly formed company, called Belvie, launched the Belvie Eau Minerale Naturelle water brand. The water is sourced from an underground aquifer on the outskirts of Niamey. The bet has since paid off as Belvie currently has about 45-50% share of the local bottled water market, according to Garg.

However, despite the product’s success, Garg discovered the growth opportunities for bottled water are somewhat restricted because it is almost exclusively consumed by affluent consumers, which accounts for only a tiny proportion of Niger’s population.

To tap into the mass market, Belvie, in mid-2018, introduced the Nuvo brand of carbonated beverages, available in flavours such as orange, cola, pineapple, tamarind and tonic. “If you are looking for scale, volumes and a bigger business, going into mass-market products is important,” says Garg. “A product only targeting the affluent part of the population will not allow you to reach scale in a country such as Niger, where a large part of the population has a very limited disposable income.”

Niger has experienced a robust average annual GDP growth of 6.2% from 2010 until 2019 (IMF, 2020). The African Development Bank says the country’s economic outlook is favourable, mostly due to ongoing infrastructure spending and strong expected performance from the agricultural sector, which is benefiting from the development of irrigation schemes. 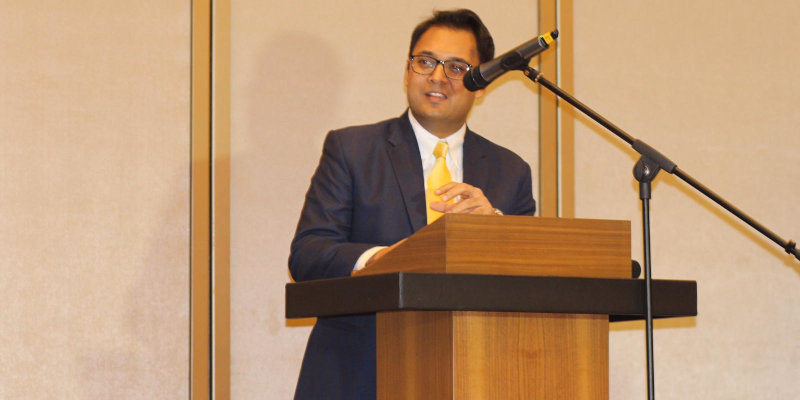 While the business environment remains demanding, Niger has undertaken several reforms and gained several places on the World Bank’s Doing Business ranking over recent years. But pervasive poverty (42.2% of the population in 2017) and a lack of access to basic services such as health and education, remain considerable challenges.

“There is a lot of development happening here,” notes Garg. “Many investors are coming in, and one can see growth in the consumer markets. However, the business environment and policies remain challenging for investment.”

When Belvie entered Niger with its bottled water brand, there were already a handful of local players in the market. Instead of competing on price, the company focused on winning over customers through a higher quality product. From the get-go, it implemented rigorous physical and chemical testing to ensure the safety and consistency of the water. Its factory is also ISO 22000 certified. The message of quality and wellness is communicated through the brand name; belle vie means ‘beautiful life’ in French.

By differentiating itself in terms of perceived quality, Belvie has been able to price its water at about 7% higher than the closest local competitor. Even though one of its rivals later responded by also becoming ISO 22000 certified, Garg says this didn’t have a material impact on Belvie’s market share.

Bottled water is consumed mostly by affluent locals and expats, while the mass market buys informally-produced water sachets, which are significantly cheaper. But, according to Garg, even some consumers in lower income brackets are prepared to dig a bit deeper into their wallets for quality. “We have seen more people now actually spending on bottled water instead of sachet water, especially pregnant ladies or mothers buying for their young children. A lot of people are buying it as a health product,” he says.

He adds that the acceptance of Belvie’s bottled water debunks the notion that consumers in frontier markets don’t recognise the importance of quality assurance and certifications.

For its Nuvo carbonated drinks brand, which is aimed at the highly price-sensitive mass market, Belvie doesn’t have much room to move in terms of pricing. These products therefore retail for about the same amount as its local competitors’. But, as with the bottled water, Belvie tries to set itself apart in terms of quality. 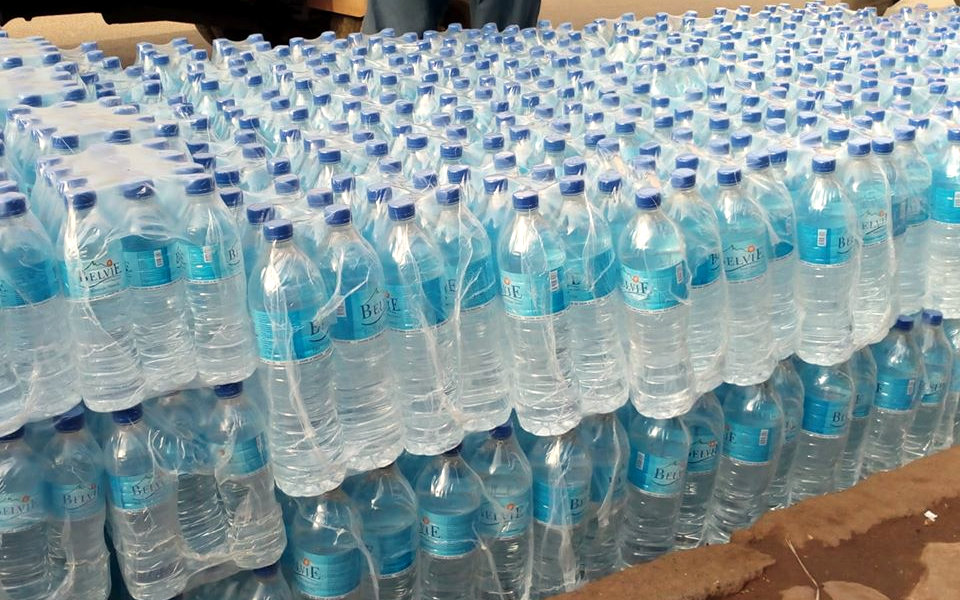 Bottled water is consumed mostly by affluent locals and expats.

“In less than 24 months, we are already the number two soft drinks brand here, from a total of four local companies. That’s how great the response was to a better tasting and higher-quality product,” says Garg.

Vying with other local competitors is, however, not Belvie’s only headache. Nigerien manufacturers face significant competition from soft drinks brought into the country from neighbouring Nigeria. The companies exporting these beverages to Niger face a lower tax burden. Moreover, products are often brought in illegally. In certain outlying areas, the imported products sell for considerably less than locally produced brands. For instance, one of Belvie’s soft drink bottles retails for 200 CFA franc in a city close to the border, but the product from Nigeria sells for 150 CFA franc. According to Garg, the only way to deal with this challenge is to compete on quality and to count on customers staying loyal to its brand.

Throughout sub-Saharan Africa, the majority of FMCG products are sold through informal channels, such as markets, kiosks and street hawkers. This makes distribution a complex exercise. However, those who ignore the informal markets are missing out on a significant share of potential revenue. Due to the high costs associated with calling on thousands of small shop owners, FMCG companies typically work through distributors that take their products closer to the end consumer.

Despite mineral water and soft drinks being similar products, in Belvie’s case, they require considerably different distribution strategies. The market for bottled water is mostly limited to the capital Niamey, which accounts for a majority of the sales. This relatively concentrated area makes it viable for Belvie to handle its own distribution. It has a fleet of trucks that deliver directly to retailers, hotels, military bases, restaurants and corporate customers.

But to get its mass-market soft drink brands into the hands of consumers throughout the country, Belvie relies on multi-product beverages distributors, which disseminate it to informal retailers. “We have distributors in all major cities outside of Niamey, who further distribute in their local areas. For water, it is feasible to do it on your own in Niamey, but for soft drinks, which has a market of at least six times as big as the water – this is not feasible. It would just be a very complex and costly operation for us to do that on our own.”

Sales and marketing: Becoming part of the community

Garg attributes much of the company’s success to thorough on-the-ground market research. “I invested a lot of time talking with shopkeepers and gaining an understanding of what is motivating them to sell to consumers and what is motivating consumers to buy water from them. Being on the ground has been really useful. There are a lot of expat investors who are not on the ground as much.”

In the company’s early days, when there was little marketing budget, Garg and his team personally visited potential bottled-water customers. “I sat down with the restaurant and hotel owners and just explained to them why they should consider stocking this product. Slowly but surely some of them signed up, which increased the visibility of the product. This is a very effective marketing strategy that doesn’t require a big budget.”

Currently, a big part of Belvie’s marketing strategy is the sponsorship of traditional festivals, school events and football matches. “At these events, our representatives share the products’ unique selling points with the people and we try to make people feel that we are part of their important community events,” says Garg.

In addition, Belvie actively works with each distributor to devise sales targets and marketing plans for their respective territories. It supports these distributors with product training and marketing material such as posters, caps, T-shirts and product samples.

According to the GSMA, mobile network subscriber penetration in Niger remains low compared to other African countries. Due to this situation, digital marketing is currently not a viable avenue to reach the bulk of the population. Garg does, however, highlight successes with Facebook campaigns promoting its water brand to the target market of well-off consumers, who generally have smartphones. 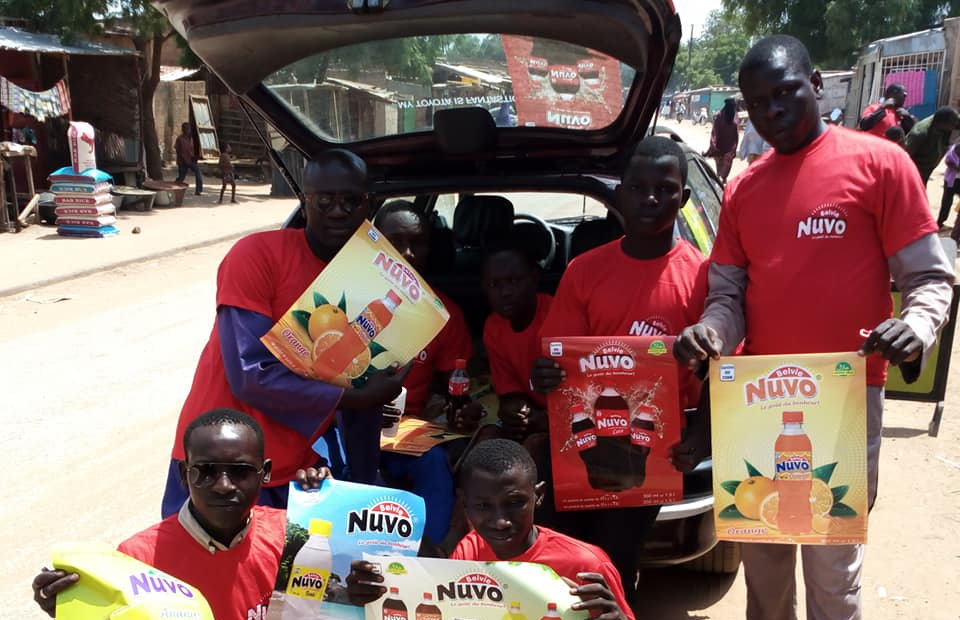 Corporate customers are also an important market for Belvie’s mineral water. To reach these buyers, the company has a dedicated B2B business development employee who makes sales calls to corporate clients such as hotels and banks.

In 2018, shortly after it launched its carbonated drinks brands, Belvie faced an unusual challenge in the form of a smear campaign seeded by its competitors. They spread rumours through the media that Belvie fills its bottles with regular tap water. “This was really new and unexpected for me,” notes Garg. “It shows how important the mass market is – incumbents really want to guard their market share.”

Belvie responded by inviting the media and authorities to its factory and showing its certifications and infrastructure. “At the end of the day, it actually gave us a boost. People had more trust in our brand and it helped pull some consumers from the competitor. Consumers were like, ‘Okay, this company is willing to show us their factory, certifications and lab results, while no other company is prepared to do that,’” explains Garg.

It is estimated that 70% of Niger’s population is illiterate and there is a dearth of skills in many industries. For the Belvie group, which has around 70 employees, human resources is a constant challenge. “We have been fortunate to have developed a very strong team over the years. However, it has been a struggle. Manufacturing talent, with an understanding of international standards, is tough to find here; so you have to train people and be very patient with them.”

Although expats currently account for a minority of its employees, Belvie had to rely on foreigners for positions requiring high technical knowledge.

Belvie’s accomplishments in the Nigerien market demonstrates that in many sub-Saharan African countries, there remain opportunities to introduce simple products that offer consumers an improved value proposition to what is already available. This, however, has to be accompanied with efficient distribution, results-driven marketing and the ability to operate in challenging business environments.

Garg also attributes soft factors, such as the fact that as a foreigner he immersed himself into the local community, as key to the company’s success. “In the early days, I literally went from shop to shop to talk to our potential customers. I visited hundreds of shops in the Niger summer heat, talking broken French. I just introduced myself to local shop owners and sometimes shared a meal. I made so many friends and fondly remember that time. It helped with people accepting me and I gained such a good understanding of the market in a short time.”