The global gaming business is a multi-billion dollar industry. During its 2012 fiscal year Electronic Arts, an American developer and publisher of video games such as ‘The Sims’ and ‘Need for Speed, raked in revenues of over US$4 billion. Yet in Africa, the games market is relatively small with just a handful of African game developers and most of the population generally viewing gaming as ‘not so serious’. In Kenya, young gaming enthusiasts like Nathan Masyuko, chief executive gamer at NexGen Ltd, a video gaming and computer business, are transforming the industry. Masyuko told How we made it in Africa’s Dinfin Mulupi more about Kenya’s emerging gaming industry. 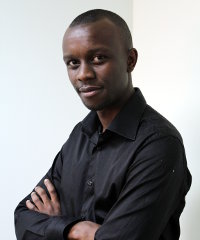 How did you start NexGen?

After I graduated from Africa Nazarene University with a degree in computer studies I worked for a VoIP telecommunication company for a year as a support engineer. It was however not my passion because I wanted to do something in gaming. Gaming was the one thing that I could do, look up at the clock and find five hours had passed, but kept going.

I met one of my partners, Ayub Makimei, whose dream was to start a retail centre that would sell high-end gaming machines while my dream was to have a centre where people could come and play games at affordable rates. It is expensive to purchase gaming software. In Kenya, they sell at about $100 each. Ten games would be out of reach for most players. It seemed reasonable to have players pay cyber café fees as they played. We merged the two ideas to have a place where people could play and also purchase hardware.

We needed $200,000 to execute this idea but we couldn’t get funding. We decided to transform our idea and became an events company. In 2009, we held local competitions and sent a team of gamers to compete in China at the World Cyber Games, a video gaming competition. It was like going to the mecca of gaming. We met people across the world who were as passionate as we were. Upon return, we began holding regular tournaments. Every month, we hold a virtual ‘FIFA’ championship. This year, we are optimistic that the team we will send to World Cyber Games will perform well. There are Kenyans who compete globally and are highly ranked.

Who is your target market?

Our primary target audience is people in their 20s, however, I know people in their 30s and 40s who play. Contrary to perception, gamers are not obese, idle, anti-social types, hidden in their mother’s garage somewhere playing. They are professional engineers, news anchors and doctors. They are mostly professionals, both male and female, drawn from the low and middle classes. Gaming allows you to do things in your living room that you would not be able to do in reality. In a typical day, I can compete with Lewis Hamilton and Michael Schumacher in the Formula 1 circuit in the morning, lead Arsenal to victory in the champion’s league in the afternoon, and in the evening, I can help the Western powers defeat terrorists. It is an involving experience.

What is the state of the gaming industry in Kenya?

In Kenya … we have seen the establishment of centres where people can play PC games and Xbox. We have also seen a rise in the spending power of the gamer. Young people are purchasing more hardware like high-end PCs that can run games selling at $1,700 going upwards.