Africa’s economic takeoff has been a long time coming. But after several crisis-ridden lost decades, encouraging signs of sustainable growth are mounting. Since 2000, the continent’s GDP has been growing 2 to 3 percentage points faster than global GDP, and it is projected to continue to grow by an average of 6% annually through the rest of the decade. 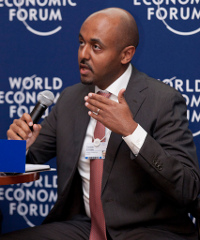 Consumer optimism is at some of the highest levels worldwide. Some US$45bn in direct foreign investment has been flowing into the region annually since 2007: established multinationals such as Philips and Samsung, as well as global challengers such as China’s Huawei and India’s Bajaj, have been dramatically increasing their stakes in what promises to be the final frontier of untapped growth in the global economy.

This economic progress is translating into impressive gains in living standards. The number of Africans whose annual income exceeds $2,700 increased from 104m in 2001 to 184m in 2011, and that number is expected to reach 257m by 2020. Although still well below world standards, education and health have improved significantly. According to The Boston Consulting Group’s Sustainable Economic Development Assessment (SEDA), Africa is home to 8 of the 30 nations that have generated the biggest improvements in well-being over the past five years, including the former war-torn nations of Angola, Rwanda, and Ethiopia.

Several major obstacles, however, stand in the way of Africa’s unleashing its full potential for social and economic development. One of the central challenges is infrastructure – both within African nations and between neighbouring economies. Although private investment in African infrastructure nearly tripled from 2000 through 2010, conditions remain well below world standards. In a region where the vast majority of the population lives in rural areas, inadequate transportation, telecommunications, energy, and water infrastructure make it difficult for producers to bring their goods to market, rural clinics to maintain stocks of critical medicines, students to attend schools, and business and society alike to stay abreast of the latest information.

Weak connectivity between one African nation and another also impedes development across the region. In a recent publication, BCG and the World Economic Forum explained that poor transnational infrastructure linkages within Africa are a major reason why only 13.6% of trade by African nations is within the region – well below the rates of interregional trade in Southeast Asia, Europe, North America, and Latin America.

This lack of connectivity is a particularly serious handicap for the 16 landlocked African nations. A number of them have difficulty shipping their resources and products to major overseas markets and selling hydroelectric power, say, to neighbouring nations where it is badly needed.

Several important initiatives are underway to address these shortcomings. For example, three organisations – The African Union Commission, The New Partnership for Africa’s Development, and the African Development Bank – have formulated a programme to coordinate 51 multicountry infrastructure programmes that will focus on energy, transportation, water, and telecommunications. If successful, such efforts could not only help African societies sustain their progress but also unleash the immense economic potential of regions across the continent.

For the region to plan and complete such large and complex undertakings, African nations must address the overarching challenges of governance, institutional capacity, and execution.

Our research has shown that the African nations that have achieved some of the greatest progress in overcoming these challenges share four characteristics:

Angola illustrates the impact that political commitment and focused resource allocation can have on development. As Angola’s political system and economy were stabilising after the nation’s 27-year civil war ended in 2002, the government invested $40bn to rebuild roads connecting cities, restore 2,700 kilometres of railway lines, double electricity generation, and develop a major seaport.

These initiatives enabled Angola to boost its oil exports. The oil sector helped boost Angola’s GDP an average 10% annually over the following decade. By 2009, the percentage of Angolans living below the poverty line had dropped from 65% to 36%. Second only to Brazil, Angola achieved – according to BCG’s SEDA index – the largest gains in well-being from 2005 through 2010. Angola’s progress in improving well-being, moreover, exceeded that of other resource-rich nations in sub-Saharan Africa with similar GDP growth.

Ethiopia’s experience in improving its healthcare infrastructure also illustrates the value of developing locally relevant interventions and focusing on delivery. To address a national health crisis in Ethiopia – where 85% of the population is in rural areas – the government has recruited and trained more than 35,000 health extension programme workers since 2000, deploying them to teach basic health and sanitation practices to 9m villagers. As a result, according to the World Bank, the mortality rate for Ethiopian children under the age of five declined by around 30% from 2005 through 2010.

Even modest improvements in transportation and communication infrastructure can dramatically impact well-being on the continent. In Nigeria, for example, a private-sector partnership called SMS for Life reduced stockouts of antimalarial drugs by 67% by encouraging clinics to use short-message-service technology to send information on their inventory levels to distribution centers, which then replenish stocks.

The economic payoff of greater connectivity could likewise be immense: it could facilitate the creation of truly national and regional African markets. Although, according to our research, middle-class and affluent consumers across Africa express some of the highest brand affinity among consumers worldwide, their ability to consume is often limited by poor access to products. Today, many multinational companies resort to informal channels and inefficient distribution solutions to reach their African customers, who would benefit dramatically from improved infrastructure across the continent.

By making infrastructure investment a priority, Africa can broaden its economic base beyond commodity exports, increase the inclusiveness of its economies, and drive social-development agendas. Tasks as complex and financially demanding as building modern national and transregional infrastructure networks will require political will, strong capabilities, a willingness to improvise and adapt to local conditions, and a relentless focus on execution. If Africa succeeds at this, the region will overcome one major obstacle to realising the dream of attaining truly broad-based and sustainable social and economic development and emerging as a driver of global growth through the twenty-first century.

Tenbite Ermias is a partner and managing director in the Johannesburg office of The Boston Consulting Group.